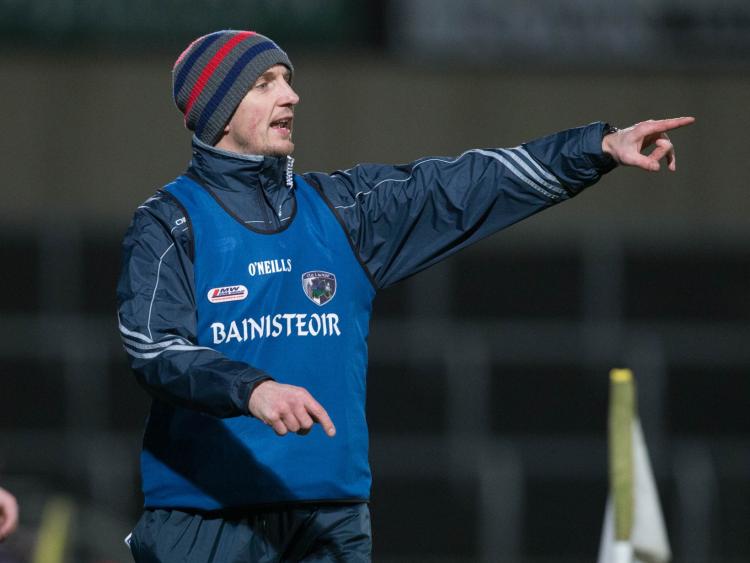 The Laois Senior footballers fell to their first League defeat since 2017 and their first under John Sugrue’s tutelage as Wayne Kieran’s Louth men ran out five point victors in Croke Park on Saturday afternoon.

The Laois Senior footballers first trip to Croke Park in 2019 came a little earlier than expected due to Laois’ breach of the training rules last season, meaning what was supposed to be a home fixture for Laois was moved to the neutral venue of GAA HQ.

Regardless, Laois manager John Sugrue wasn’t dwelling on the impact of having to play at the neutral venue: “It wasn’t costly at all. It’s a field, there are posts both ends and there are white lines down.

“No issue at all with that. I have no problem in the wide earthly world coughing up a game for what we felt was the right thing last year. We’ve coughed up a home game, we’ve been put up here and it’s not a bad place to be put, and it’s no reason for us losing this game. Ourselves is the reason. We didn’t come with the right intensity or right application towards the game and we have to look at ourselves.”

“Today is very disappointing because we coughed up early goals and when you do that, it puts you in a tough corner. Then a man sent off – that really puts you in a corner.

“Louth ran at us very hard in the first half and they really carved us open. We have our way of doing things and we weren’t at the right tempo today doing them. So if you stay a yard or two off a fella, then they get their heads up and they can play ball through you.

“Our intensity was off today. We have to look at it with regards to what we did with fellas during the week. Maybe we overcooked it a small bit? I didn’t think we did, but we will have to talk to fellas and see how they felt themselves.”

Laois suffered a disastrous ten-minute collapse in the opening twenty minutes, conceding three goals and then being reduced to fourteen men when Kieran Lillis received his marching orders for an off-the-ball incident “Obviously Kieran got into some kind of an altercation with a fella in the middle of the field - but being brutally honest, I did not see it.

“But if you do get in an altercation and the ball is not in the area, the chances are, if you make contact, you are going to go.

“Last year, I don’t think we had a sending off so this is disappointing. You go down to 14 men, and with the way we like to play the game, it stretches you a little bit with regard to trying to keep bodies up the field.”

Next up for Laois will be the challenge of Sligo as they make the trip to O’Moore Park for Laois’ first actual home game of the campaign next Sunday, with Sligo currently residing bottom of the table with two losses from two outings.