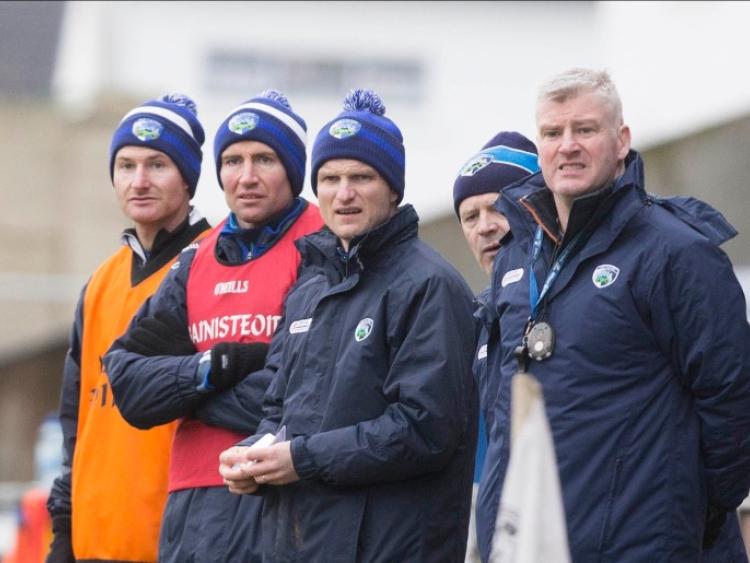 Laois manager Eddie Brennan felt his side were unlikely to meet such strong opposition again this year as he looked to move on from the defeat and turn his focus towards Offaly.

Laois were always going to struggle in their opening two league games, and so it proved with losses to both Galway and Waterford. After Sunday's game, the Kilkenny man was disappointed with the result, but wasn't going to dwell on it too much. “A difficult day at the office again, you're trying to put a bit of perspective on it and they are the toughest two games we are going to face.

“When you look at the calendar of matches that we are coming into, we have the All-Ireland finalists from two years ago in the first two matches, it's never going to be easy. The only thing you can do is get stuck in and see where it takes you. The only thing today was we got carved open for chances and goals and that was converted, and that was the difference.

“Maybe last week Galway didn't go for goals as much, whereas today once Waterford for a sniff of a goal chance they were in, and like anything, they used their pace to good effect.

“The other side of it was, we are still capable of plenty. You might say looking at that scoreline 'are you cracked?' but I still look at what we did well today, and the pity was we had a couple of goal chances early in the first half and if we get one or two of them, maybe that changes things a little bit.

“But look, you're up against a quality side, they are on a mission this year and I don't think we're going to meet anything like that again this year.”

In spite of the loss, Brennan was still able to take something from the game. “Today told me something about my team. Despite the scoreline, and some people might be questioning that, but the easiest thing for the lads to do today would have been to pack up, and what do you say to a team that's facing down the barrel of a gun.

“ To me, I'm very proud of the way they went about things and the way they saw that game out, as I was last week, and that's the big thing that I will carry forward is that you have to have spirit, you have to go to the bitter end, and there's going to be pain in hurling, we've all suffered that and we know what it's like.

“The easiest thing in the world to do would have been to just throw in the towel there today, and that's what pleased me most about today, we just went at it.”

Having finished with 14 men also, Brennan feels his side need to be a bit cuter on the field from now on. “And strangely enough, it's tough luck sometimes, these things happen.

“There was definitely a level of cuteness going on, on the field, and we were streets off our opponents in that regard. They were twice as cute as us. There was times there today where there was a couple of petty bookings, and that's something we'll have to work on.

“If it means being a little bit more streetwise than we are then that's what it is, because in hurling you have to be smart, you have to play smart. The funny thing was we probably played our best hurling when we were a man down and we really went at it.”