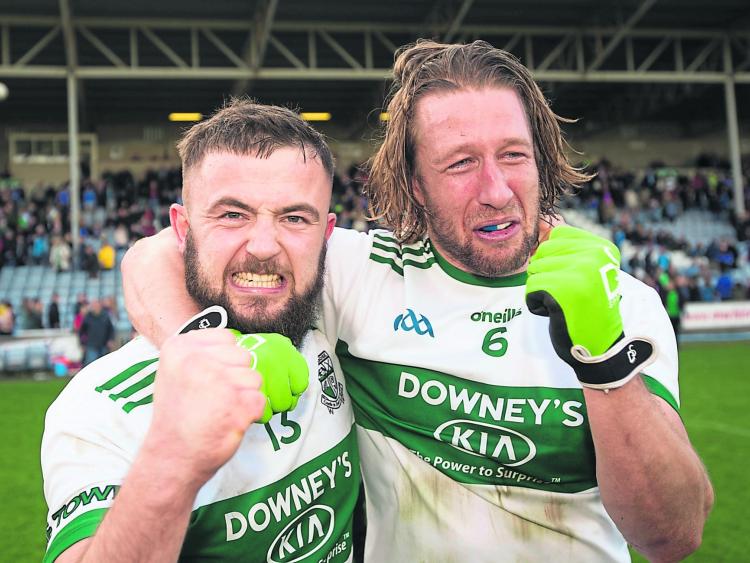 Laois senior footballers will have to plan without Cahir Healy for the rest of the year after it was confirmed he suffered a second cruciate ligament injury in 18 months.

The Portlaoise man ruptured the ligament in a recent practice game with Kerry. It was initially hoped he had suffered medial ligament damage, and he was at recent Laois games on crutches.

However, the worst-case scenario was confirmed this year. He has suffered the injury to his other knee, and not the knee he damaged previously.

He will now begin the long process of preparing for the operation and ultimately the rehabilitation, which will see him miss the remainder of the 2019 season. He had committed to the football squad this year after six years with the hurlers, having returned from his previous cruciate injury in time for last year's club football championships.

Speaking to the Leinster Express after last year's county football final win over O'Dempsey's, the Portlaoise stalwart outlined how difficult the recovery process had been from the initial cruciate injury. "It’s been a lot of lonely nights in the gym in London on my own, pushing leg weights non-stop."

He added. "I got back from the cruciate (injury) about eleven weeks ago, and it’s just the dream. The dream year after the last few horrible ones, I guess. I’ve had a lot of lonely nights the last few years trying to get back playing, but I’m here today."

Consistenly a fan-favourite with Laois supporters for his commitments, determination and ability, Healy will now have to go through that recovery process once again. Having conquered it once, there is little doubt he do so again with equal success.