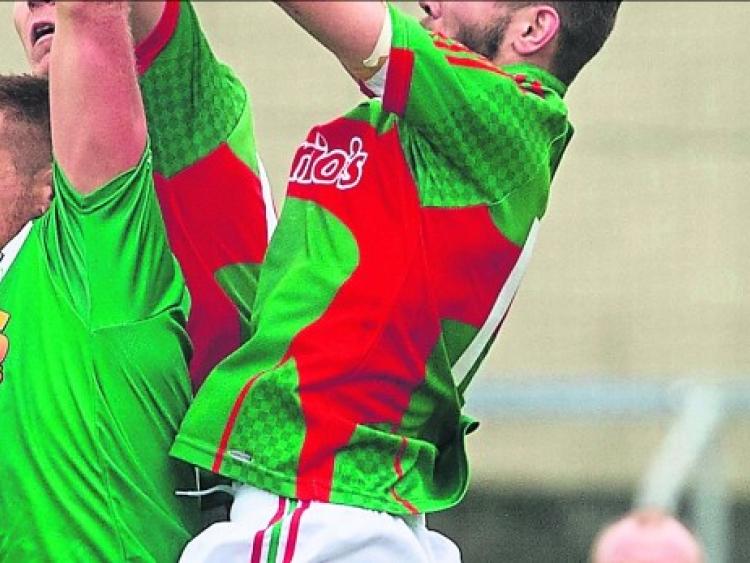 Killeshin have refuted claims the were trying to 'poach' players, after Graiguecullen released a statement on Thursday night accusing them of trying to entice players out to the club.

In the Graiguecullen statement, which was released on their social media channels and e-mailed to clubs and local media, they claimed Killeshin had taken "unappropriated action", which forced them to release the statement.

The statement went on to say that "on the evening of February 12th a number of adults from Killeshin  GAA accompanied by juveniles distributed leaflets" in a number of housing estates in the Graiguecullen catchment area (see full statement below). The flyers were in relation to an upcoming registration evening for juvenile players.

Graiguecullen described the action as "highly offensive, insulting and an invasion that goes against the ethos and values of the GAA."

They also included a dictionary definition of the word 'poach', and added that "one club was poaching members from another." They also claimed Killeshin were encouraging players to play illegally, as the deadline for transfers had passed, and so no player could be legally granted a transfer from one club to the other.

When contacted by the Leinster Express today (Friday), Killeshin chairman Gavin Deering refuted the accusations leveled at the club. "I don't see where we did anything wrong, we are getting into a few local housing estates where a lot of people are after moving down from Kildare or Dublin.

"We were very disappointed with the poaching statement, we had no intention of poaching players and I found that definition a bit ridiculous. We purposely waited until after the 31st of January (the deadline for transfers) to hand out those flyers."

Mr Deering also added that "one or two of the estates mentioned are technically in Killeshin" and that "both clubs are in the one parish, so they (potential players) are entitled to play for either club."

The two clubs are due to meet in the Kelly Cup this Sunday in Killeshin at 3pm.

(Below is the statemeant released by Graiguecullen) 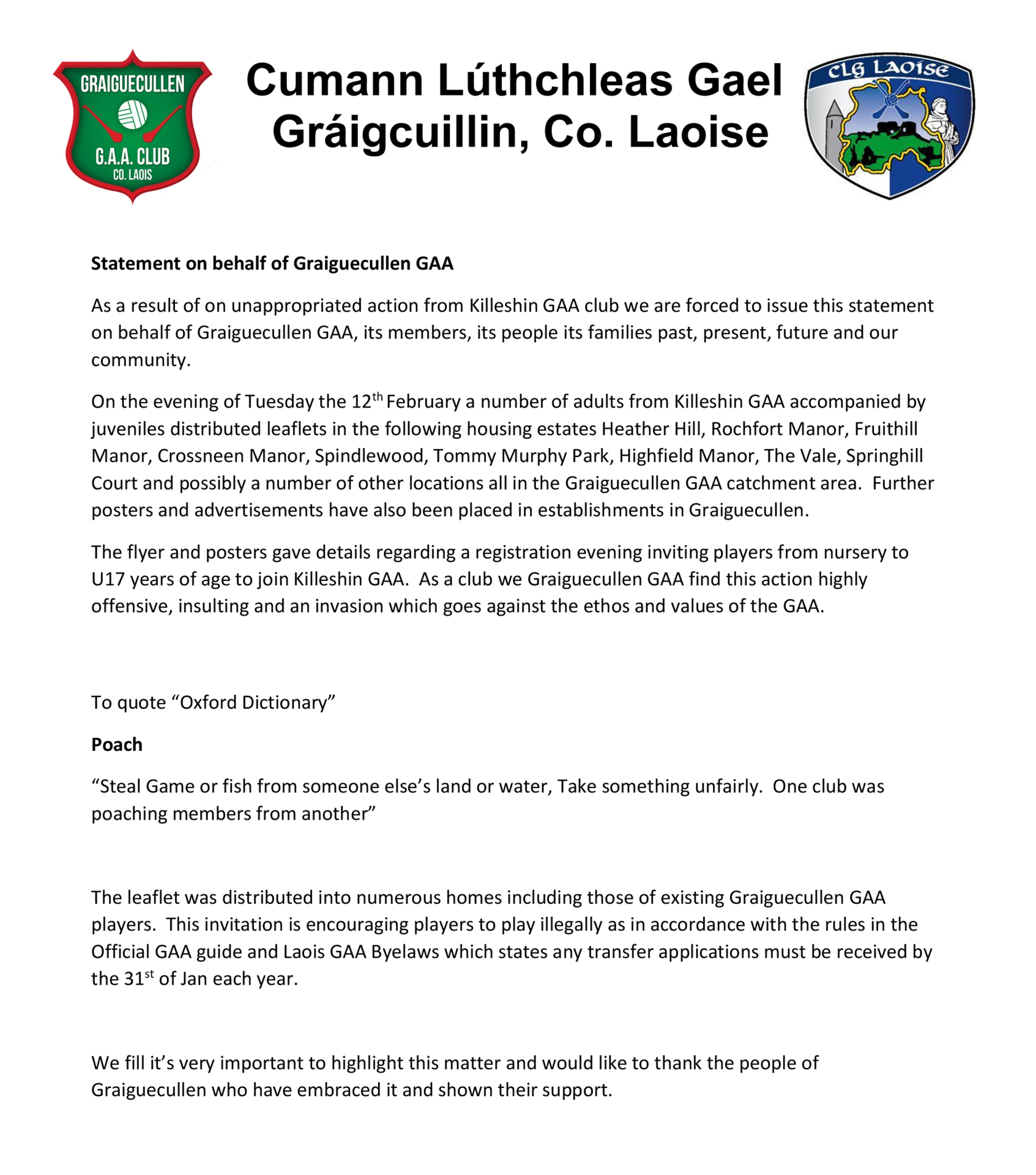