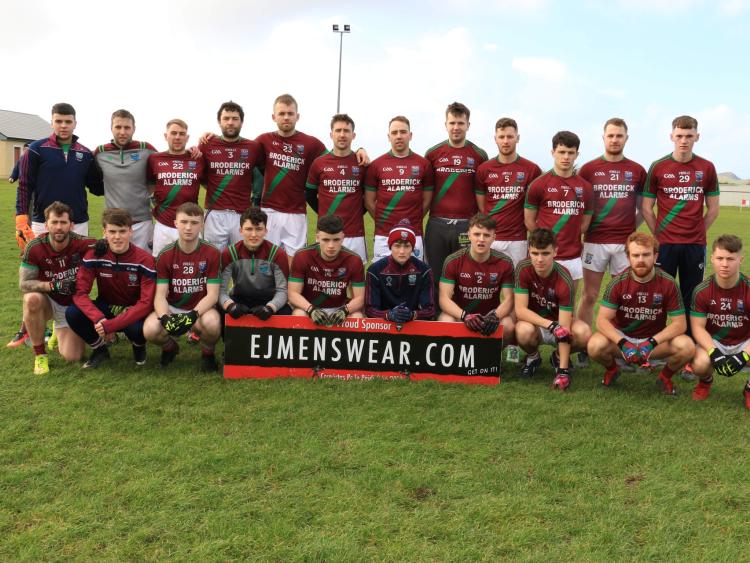 The Portarlington team in Dingle.

Portarlington went on a glorious run to reach the final of the Dermot Earley Senior Men’s Cup, while Clonaslee St Manman’s reached the final of the Junior Ladies B Shield at the Lidl Comórtas Peile Páidi Ó Sé 2019, held across the Dingle Peninsula in Kerry over weekend.

Despite the best efforts of former Cork star Donncha O’Connor, Cork’s Ballydesmond were no match for a strong Portarlington side, losing 2-13 to 0-8. The Laois men, led by Colin Slevin, who was shortlisted for player of the tournament, went onto a tough semi-final pairing with host club An Ghaeltacht at a gusty Gallarus pitch.

Half-time with a massive wind in favour of the Laois men only yielded them four points against An Ghaeltacht’s two points. It looked like the wind would decide their faith but the Portarlington lads hit first with a goal in the start of the second half.

It was matched by the West Kerry men minutes later with their own goal followed by two more points. With one minute remaining, Portarlington, down a point, hit the net in a rare sally up the pitch and held out to win by 2-4 to 1-5.

The senior men’s final was played on Sunday under dry but gale force weather conditions at An Ghaeltacht’s Gallarus GAA grounds. Portarlington were playing with the wind in the first half but didn’t get the grips with the advantage, notching up three points from Christy Booth, Ronan Coffey and Jack Foster (0-1f).

In Dingle’s few forays up the pitch, they yielded only two points in total from corner forward Luke O’Connoll and centre-forward George Durant leaving the scores at 0-3 to 0-2. The second half was equally as cagey with both sides finding it hard to come to terms with the wind.

Colin Slevin for Portarlington was keeping things tight at the back but the intense pressure began to yield cracks with 15 minutes to go as Dingle started to pull away, picking off a few lovely long-range points from Brian O’Connor, Gavin Hickey Brosnan and George Durant (a 45). 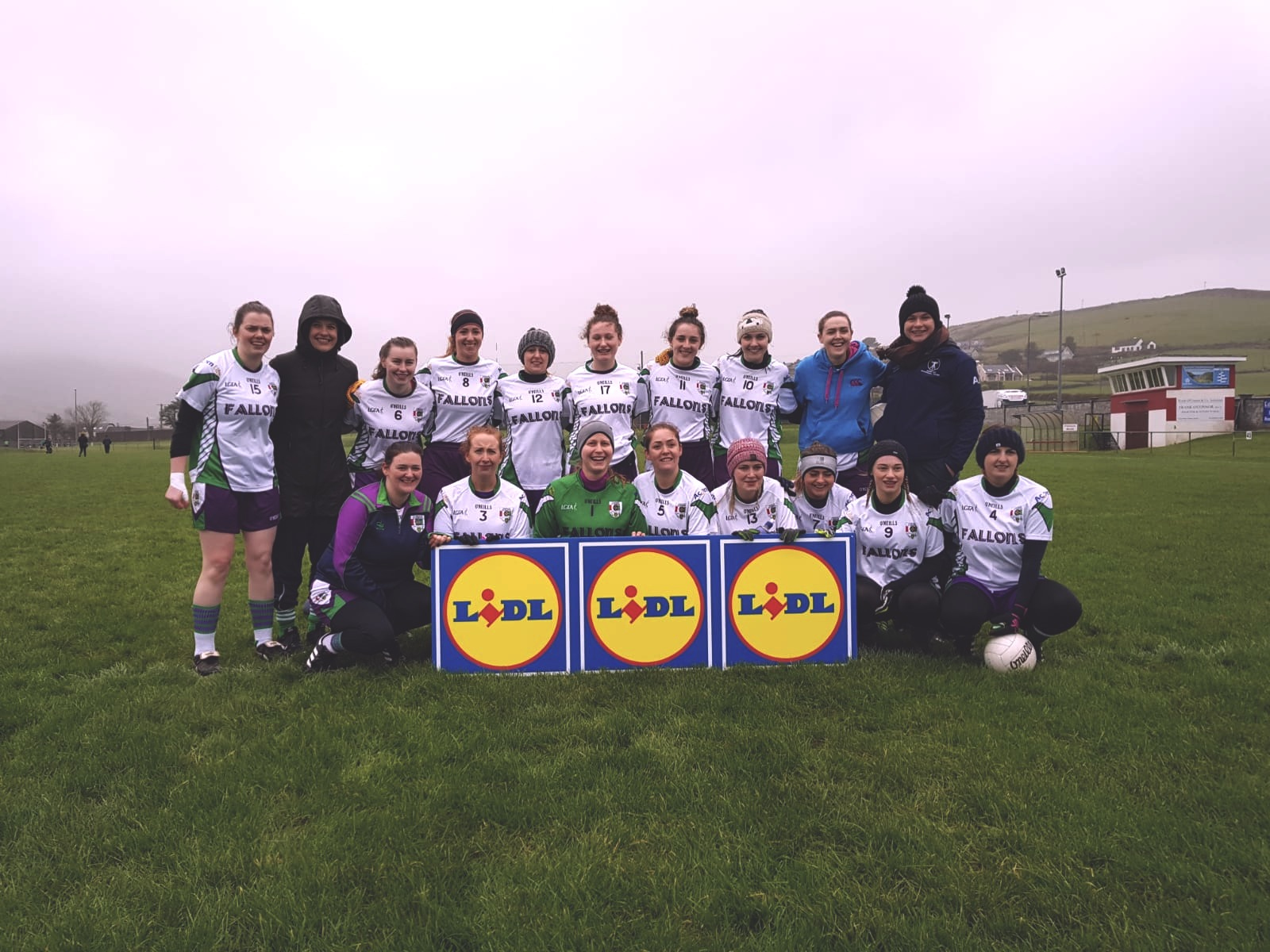 Clonaslee St Manman’s were narrowly beaten by Kerry’s Castlegregory-Annascaul 3-4 to 3-3 in the first round of the Junior Ladies Cup which allowed them enter the B Shield. That’s when their run started with a win over Tralee’s John Mitchel’s by 2-4 to 1-3.

That got them to a final pairing with London’s Kingdom Kerry Gaels who raced ahead with fine points to leave it 0-6 to 0-2 at half time. The Laois ladies hit the net early in the second half to bring them closer but the Londoners had the fresher legs and held out with the final score 0-9 to 1-4.

Comórtas Chairman Pádraig Óg Ó Sé said, "We are delighted that the Portarlington lads and Clonaslee could represent the county in this special year. All the players were great to deal with, I’m delighted to got great quality matches and we’d welcome them back anytime."

The festival, founded by Kerry iconic footballer Páidi Ó Sé, has attracted over 15,000 club players over 30 years and has grown into a major international GAA event with senior, intermediate and junior competitions and teams from 17 counties, England, Scotland and the UAE attending this year as well as teams attending cultural and social events.