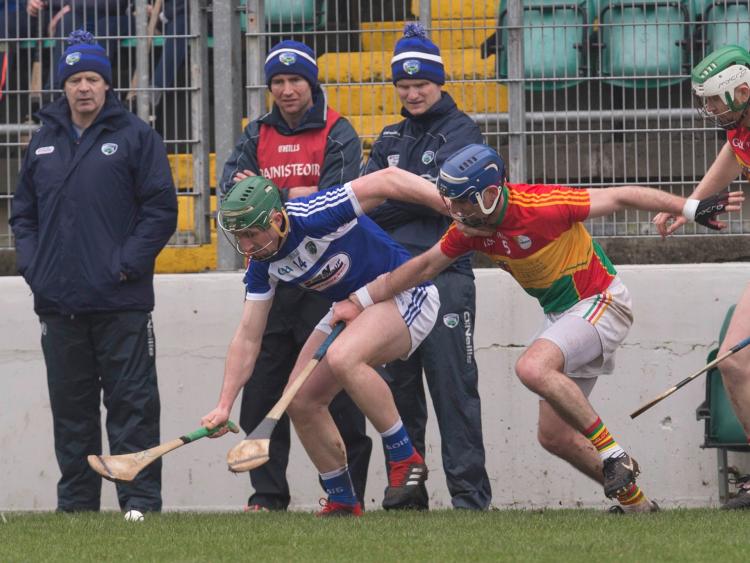 A whole host of missed chances were the biggest disappointment for Laois boss Eddie Brennan after Sunday's dramatic late draw with Carlow in the NHL.

Having trailed for most of the second half, a profligate Laois team almost escaped with a win when they went ahead in the 72nd minute. However, a late David English point earned a draw for Carlow.

Speaking after the game, it was Laois' missed chances, rather than the late one which Carlow scores, which Brennan felt was the bigger disappointment. “That was the killing part for me, we had numerous chances but there was a good few wides and (missed) frees and bits and pieces.

“That's not apportioning blame to anyone, it was just a failure maybe to execute under pressure, and there was good pressure there.

“That was a good test of players for this time of year, and the crowd got going there as well, I thought it was a hugely competitive match. You always look at a game where you get clipped for a draw like that by saying 'God, we could have come away with something', but it's not the first time Carlow have done that here.”

While it was Carlow who made that late burst, Laois struggled throughout and Brennan was remaining philosophical about coming away with something from the game. “We got a point, so it's something.

“There are times where you are in matches and if you get your nose in front you get a bit greedy and you want the two points. In that regard, we were in control of our own destiny and it was critical to get the two points, but to be fair we faded for large periods of the second half.

“Even though Carlow were numerically shorter than us, they actually stayed very composed and at one stage went four points up.

“We did have to claw it back so in that regard, you are coming away with something, but you'd be disappointed, when you do have a numerical advantage like that you have to make it count.

“We had opportunities to see that match out, but you have to credit Carlow, they stuck at it. I thought the teams went at it fairly well in tough conditions.”

While Laois may need a favour from Offaly in Netwatch Cullen Park this Sunday, he admitted his focus will be elsewhere. “I'm not too fussed about what goes on here, it's nothing to do with us in a way, you control what you are in control of, and the reality is we have to go to Parnell Park and get a result, and that's a tough place to go.

“That's the challenge of it, this is what it's about, these are very competitive matches and that's what you want, we want to test lads and we want to find out what character is in lads."