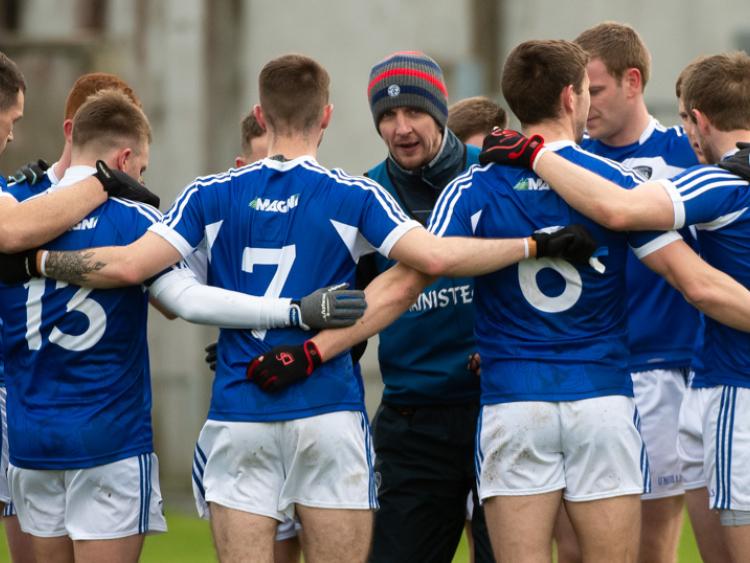 Laois manager John Sugrue was happy to get the win on Saturday, but admitted his team have a lot of work to do if they are to be a more competitive side this year.

Speaking after the game in O'Connor Park, the Kerryman was quick to point out the need for improvement from his team. “It's two points, I suppose it was an exciting game overall, but our quality was not what it needs to be.

“We turned over the ball an awful lot, but we got two points and showed a bit of character in the second half to dig out a win and that's pleasing, but we've a lot to work on.”

It was a game in which Laois played in patches, as they faded in and out of proceedings. Having started brightly, they failed to kick on, and ended up trailing Offaly by three points at half time. “It was disappointing going in three points down at half time, because we started quite well but then started to slow the ball up at times, granted we were playing into the wind.

“We could have been a bit closer at half time if we'd kept going at what we were at, we played some good football in the opening fifteen minutes but then started turning over ball, just doing stuff that's not a high enough standard for what we're looking for, but we got the win and roll on to next weekend.”

The two Laois goals were crucial for claiming the win, and Sugrue paid tribute to the scorers. “Two reasonably good goals overall, to be fair to the lads, and goals at this time of year are huge scores because with conditions so toughit's very hard to kick points, especially with the wind that was out there, it was kind of hard to control the ball.

“Fair play to the boys, Cahie (Paul Cahillane) came in and did a great job for us, and I'm really happy for that fella.”

Cahillane was one of a number of subs who made an impact off the line on the day. “We've a panel that's reasonably competitive so we'd expect lads to come in and add to our team, we don't feel by sending in a fella or two that we're dropping off in standards.”

The win also secured Laois place in Division 3 for another year, but the Laois boss is eyeing up bigger targets. “Remain in Division 3 is basic goal at the start of the league campaign, but if we're going to get cautious and try to stay in Division 3, it doesn't augur well for us as a group.

"I think we've got to try to push on, but we have really be at our best. Carlow are certainly a team that is going to challenge us strongly next weekend.”