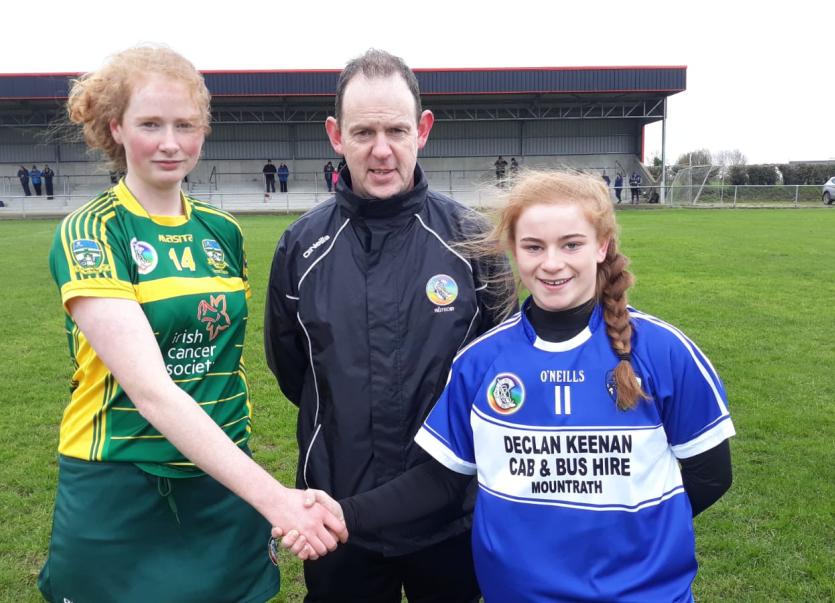 The Laois minor camogie team recorded an impressive win over Meath at the weekend, as Robert Jones' team ran out convincing winners in Shanahoe.

Laois made the most of a late boost on home advantage, as the game was to be held in Meath, but was moved to Laois as the Royals couldn't get a playable pitch.

After a pitch inspection by referee Mike Ryan, Shanahoe was deemed to be in good enough order for the game to go ahead in changeable conditions.

Cathy Galbraith got Laois off to the perfect start with a point in the opening minute, and that proved to be a promise of what as to come, as it was one-way traffic for the Laois girls.

With Kirsten Keenan and Clodagh Tynan finding their range, Laois hit 0-13 in total in the first half. Meath could only must 0-2 in response, and the Laois girls held a comfortable lead at the interval.

There was to be no fairytale comeback for the visitors either, as two Kirsten Keenan goals kept Laois on the front foot in the second half, as they ran out convincing 14 point winners.

Its a busy weekend next weekend with Laois Intermediates, Minors and U-16s all out and all matches are home venues.

First up on Saturday, the Laois minors play Limerick at 2pm. On Sunday the Laois Intermediates take on Antrim in the Littlewoods All Ireland Division 2 League at 2pm, while also on Sunday the Laois U-16s play Kildare. Venues to be confirmed later in the week.