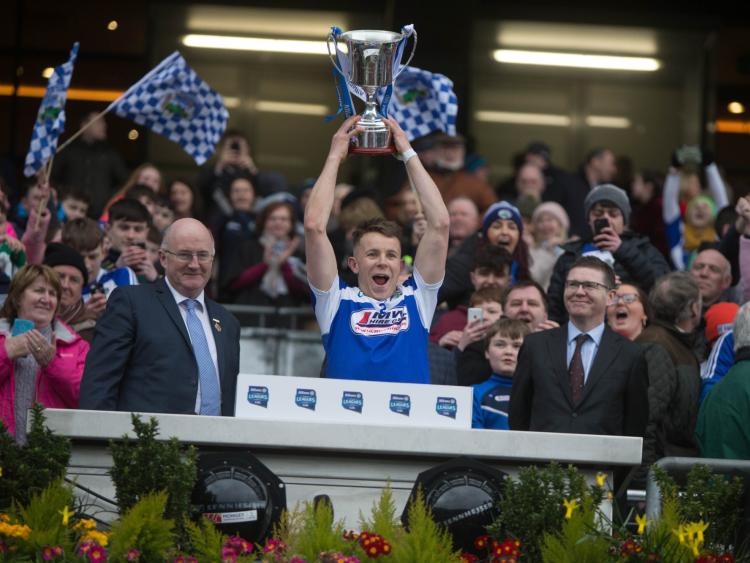 Stephen Attride is in for a busy couple of weeks.

The Laois senior footballers have been promoted to Division 2 of the NFL for next year, after a dramatic afternoon of action across the country.

Laois were always going to need results to go their way to seal their promotion, and thankfully that's exactly what happened. Louth beating Down by one point means that Laois are now level on points with Down, but go ahead of them on both the head-to-head ranking, and they have a better scoring difference by just one point.

Westmeath or Louth could join Laois in the final, as they must no go ahead and play their final round game, which will be next weekend. That means the league final will be played the following weekend in Croke Park.

Laois and Down are on 10 points, Westmeath are now on 9 after beating Longford, and Louth are on 8. If Westmeath beat Louth, then they will be promoted in first place, with Laois in second. If Louth beat Westmeath, they will also go to 10 points. That means three teams, Laois, Louth and Down, are all on ten points and so scoring difference is brought into the equation.

The Louth v Westmeath game being played next weekend is great news for Laois captain Stephen Attride. The Killeshin man is managing the Knockbeg College junior football team in an All-Ireland final next Saturday, and could have faced a mad dash after the game to make the league final, as both were scheduled for the same day only hours apart. There will not now be a clash, and he will be free to focus on both games on separate weekends.