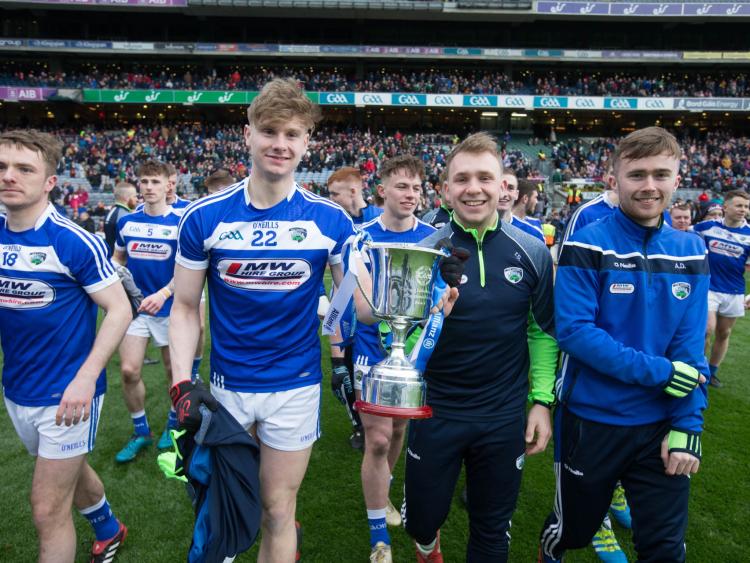 Laois players celebrating with the trophy after the win over Carlow in 2018. Pic: Alf Harvey.

There had been an expectation that the final would not be played in Croker but HQ has decided that the O'Moore men will take on Westmeath in the final on Saturday April 6.

Throw-in for the game, which will be screened on TG4, will is 4.45 pm. MORE BELOW TWEET

ITS OFFICIAL!!! Our Senior Footballers are off to Croke Park for the Division 3 Allianz League final on Saturday 6th April at 4.45 Pm. They will face @westmeath_gaa . Once again our loyal supporters will be there to cheer them on . #laousabu19 pic.twitter.com/fRwxg08MBG

The fixture marks Laois' third final appearance in GAA HQ in a year. They beat Carlow in last year's Division 4 final and lost out to Dublin in the 2018 Leinster Final.

Laois lost out to Westmeath in the league this year. The teams are also due to face off in the quarter-final of the 2019 Leinster Championship

Both sides have already been promoted to Division 2 of the league.