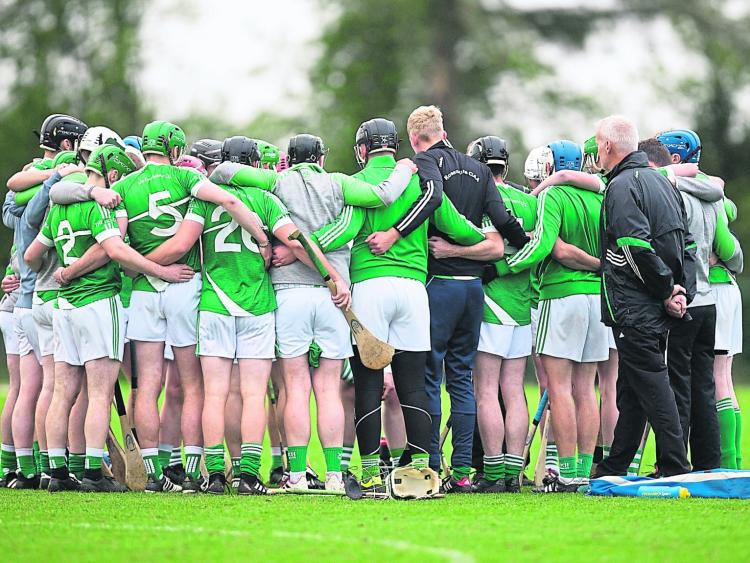 Three second-half goals turned the tie in Ballyfin’s favour as they outgunned the home side, Ballinakill, to run out seven point victors in an entertaining game this evening.

The sides were evenly matched after the opening twenty minutes with just Eddie Dwyer’s goal on the quarter of an hour mark separating the teams.

Ballyfin rallied before the break to see George Lanham lift a green flag four minutes before the break, but Ballinakill went in two points ahead thanks to points from Gearoid Lynch and Eamon Jackman on a scoreline of 1-9 to 1-7.

The second half continued much as the first with little between the teams, both firing five points each in the fifteen minutes after the restart with Jackman (3) and Gareth Dunphy (2) leading their respective lines.

The games was turned on its head heading into the final quarter, Gary Hoffmeister squaring the ball to George Lanham who made no mistake with the finish. Points followed from Dunphy, but then a further two goals arrived.

Eanna Lyons darted through the Ballinakill defence with a great run before rattling the net. Gareth Dunphy grabbed their fourth and final goal on the stroke of full-time with a marauding forty-metre run followed by a low-finish as Ballyfin finished the stronger to move top of the table.