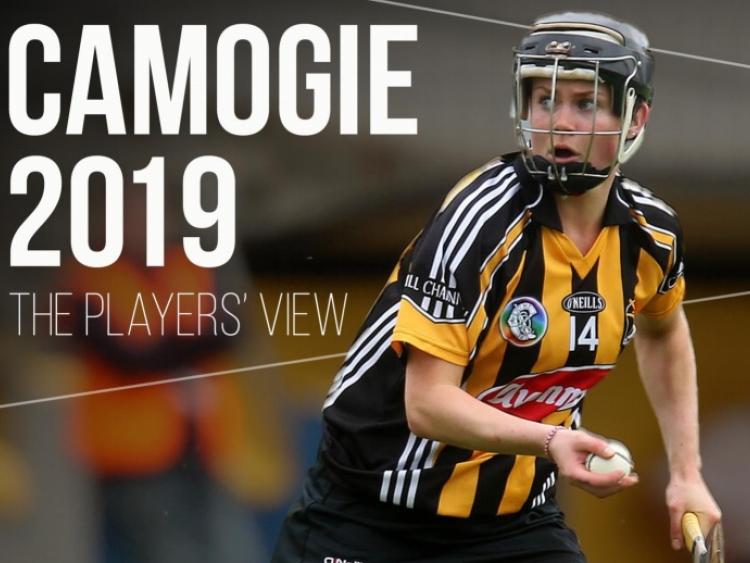 A survey by the Women’s Gaelic Players Association (WGPA) has found that 82% of Camogie players are in favour of trialling news rules in league competitions while 70% agreed that rules on physical contact 'very much' need to change.

The association says support for rule changes, particularly around physical contact was apparent. It says there was a sense that the game was not keeping up with developments in player conditioning and technical ability.

The large majority (96%) of players were in favour of integration with the GAA with visible actions like a strategic plan and matched investment for camogie, joint promotion with hurling at all levels, joint fixture planning and similar rules all deemed
important.

A WGPA statement says women also responded to factors around refereeing, indicating a poor experience overall in elements such as consistency, accuracy, communication and transparency.

It says consistency was the main cause for concern with 60% of respondents agreeing that it was “poor”, but communication was one of the more positive aspects. 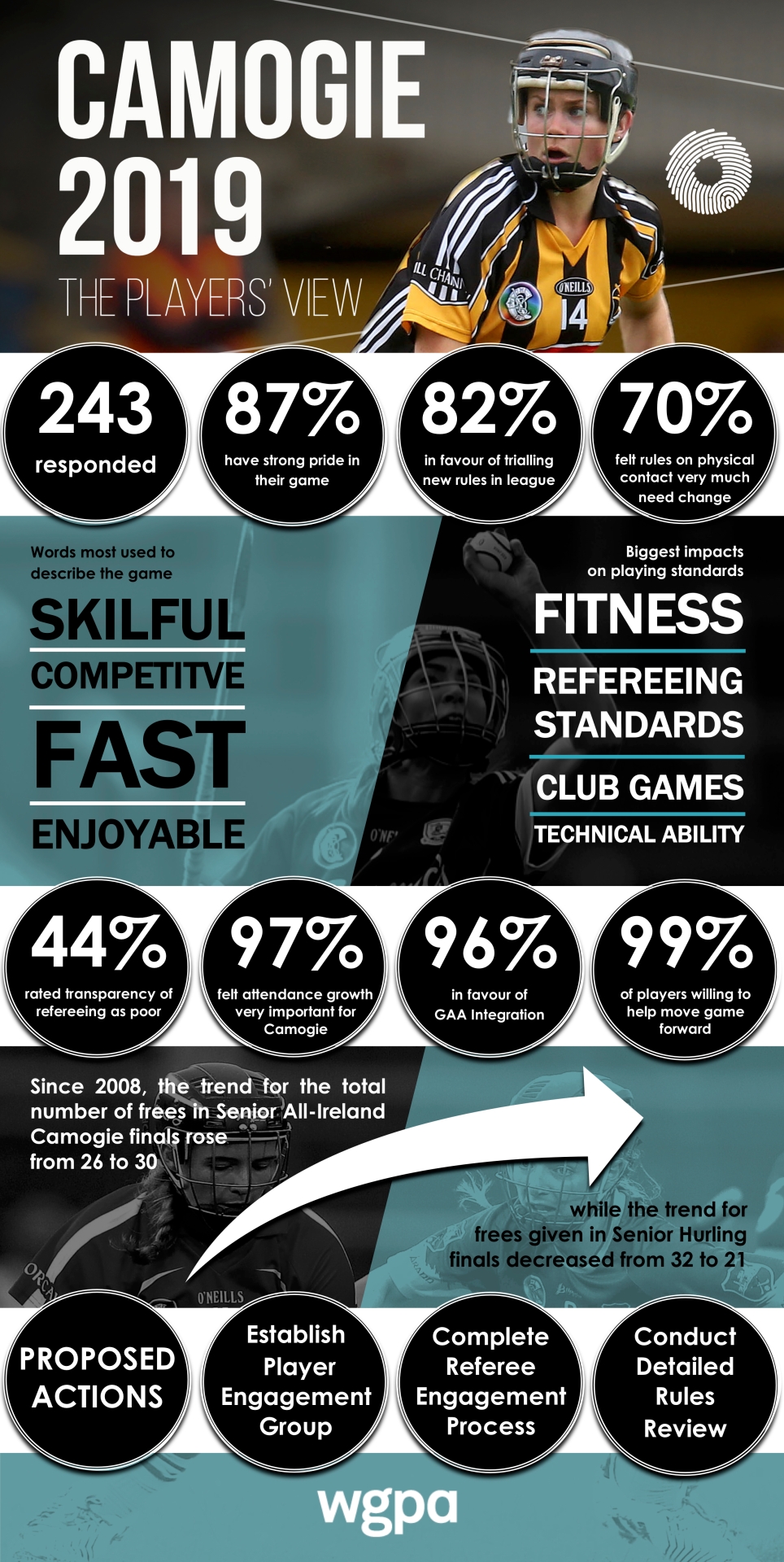 “There has been a lot of discussion around rule changes and refereeing standards in Camogie over the past number of years. A proper objective analysis of the trends in the game and refereeing needs to be carried out because players currently don’t feel engaged through the current mechanism for changing rules. We welcome the motion passed at congress to allow the trialling of new rules but it now needs a proper plan in place in order to be effective,” she said.

Gemma O’Connor of Cork Camogie spoke from a player perspective.

“Players have been expressing frustration around rules and referees publicly for a long time and this now represents a collective call for change and an opportunity to improve the game. We as players, or the review group, don’t have all the answers but we are willing to support the process of finding them.

"We respect referees and the important work they do, we want to work with them to ensure the game is as enjoyable for players and spectators as it can be,” she said.

The WGPA says a working group with representatives from 12 counties have agreed three main actions points from this recent survey:

- Set up a player engagement group with current and past players to discuss how these findings can be integrated into the new Camogie Development Plan.
- Commence a referee engagement process to include all stakeholders in a discussion around the policing of the game.
- Conduct a rules review to expand on initial statistical analysis in the report and develop an action plan on trialling news rules and making informed decisions around long term changes.

The WGPA say that payers are, in general, positive about the game, particularly in observations about increasing playing standards over the last 15-20 years. The members feel the club game was identified as an important factor in driving playing standards, technical skills and participation which suggests it requires further investment.

Other findings from the survey included:

In total, 243 players responded to the survey carried out in January 2019 from across all grades and counties.

The group has welcomed an initial player feedback forum organised by Camogie on Saturday as a step in the right direction, and hope to kickstart a process with all parties involved to work towards the actions raised in the report.