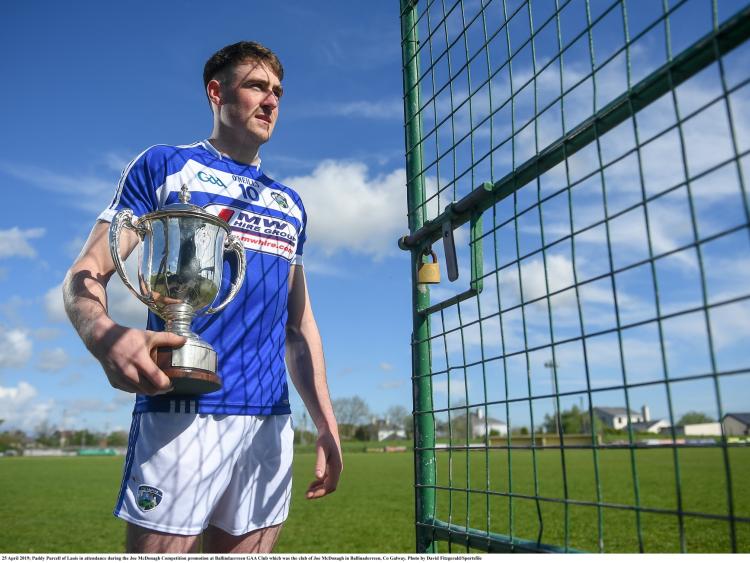 Laois, Kerry, Antrim, Westmeath and Offaly hurlers travelled to Galway today to promote the GAA hurling championship for tier two counties that the Laois representative believes creates a pathway to the top table.

This year marks the second year of the competition, with Carlow taking home the silverware in its inaugural year.

This year Antrim, Kerry, Laois, Offaly and Westmeath will compete for a coveted place in the final in Croke Park and the prize of promotion back to the Liam McCarthy Cup in 2020. The Joe McDonagh Cup final precedes the Leinster Final this year. 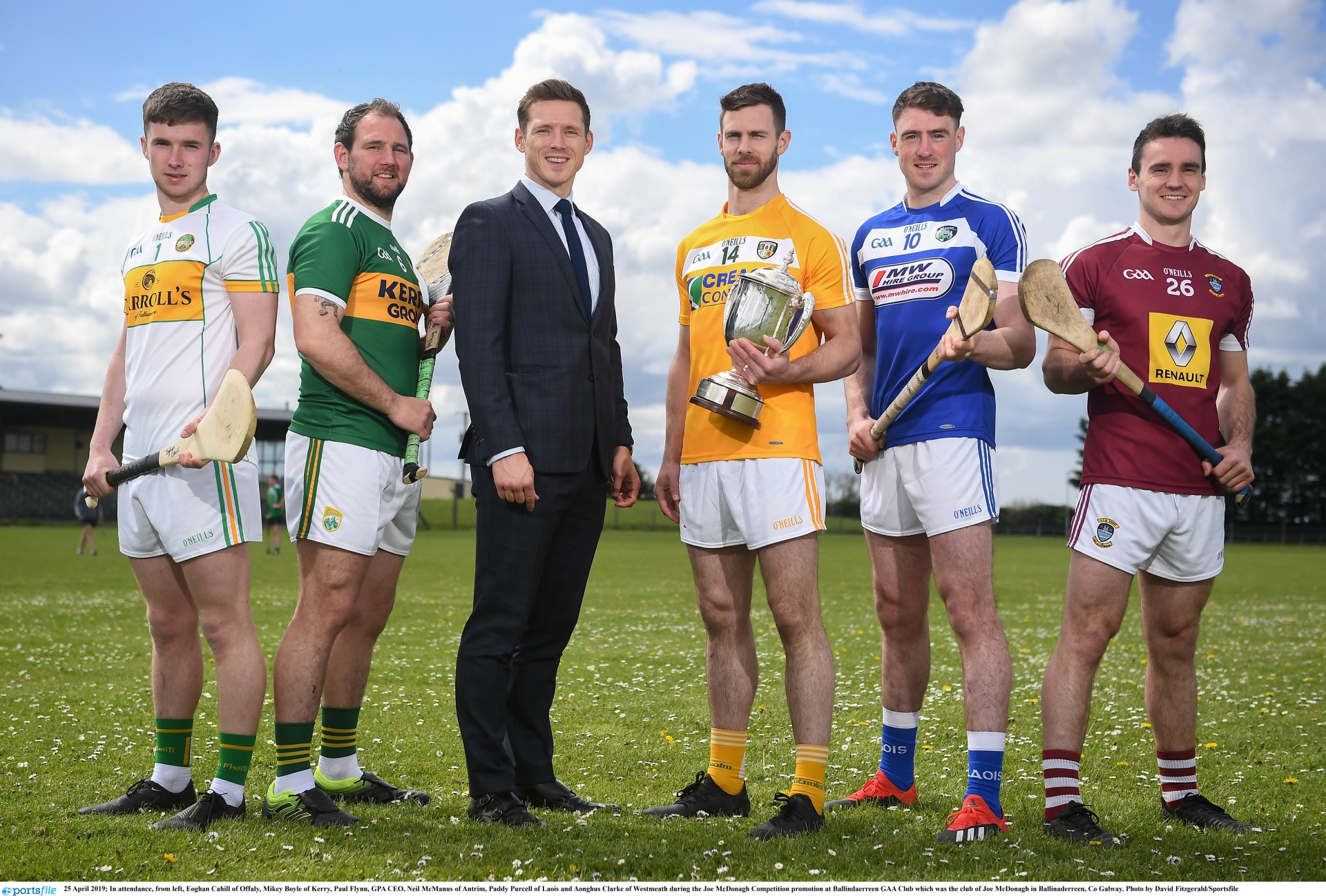 Players from the five counties playing in the 2019 Joe McDonagh competition come together to help raise the profile of the competition.

Paddy Purcell represented Laois, who are coached by Kilkenny legend Eddie Brennan, at the launch in Galway. Paddy says it can re-open the door to competing with other top Leinster counties.

The Joe McDonagh Cup honours of the former Galway hurler, Joe McDonagh who also served as President of the GAA from 1997 to 2000. In 2005, the Irish Independent named him amongst its substitutes in its list of "The Men Who Changed the Face of Galway Hurling". One of the most iconic moments associated with McDonagh is his rendition of ‘The West’s Awake’ from the Hogan Stand in Croke Park after winning the All Ireland Hurling Final with Galway in 1980. 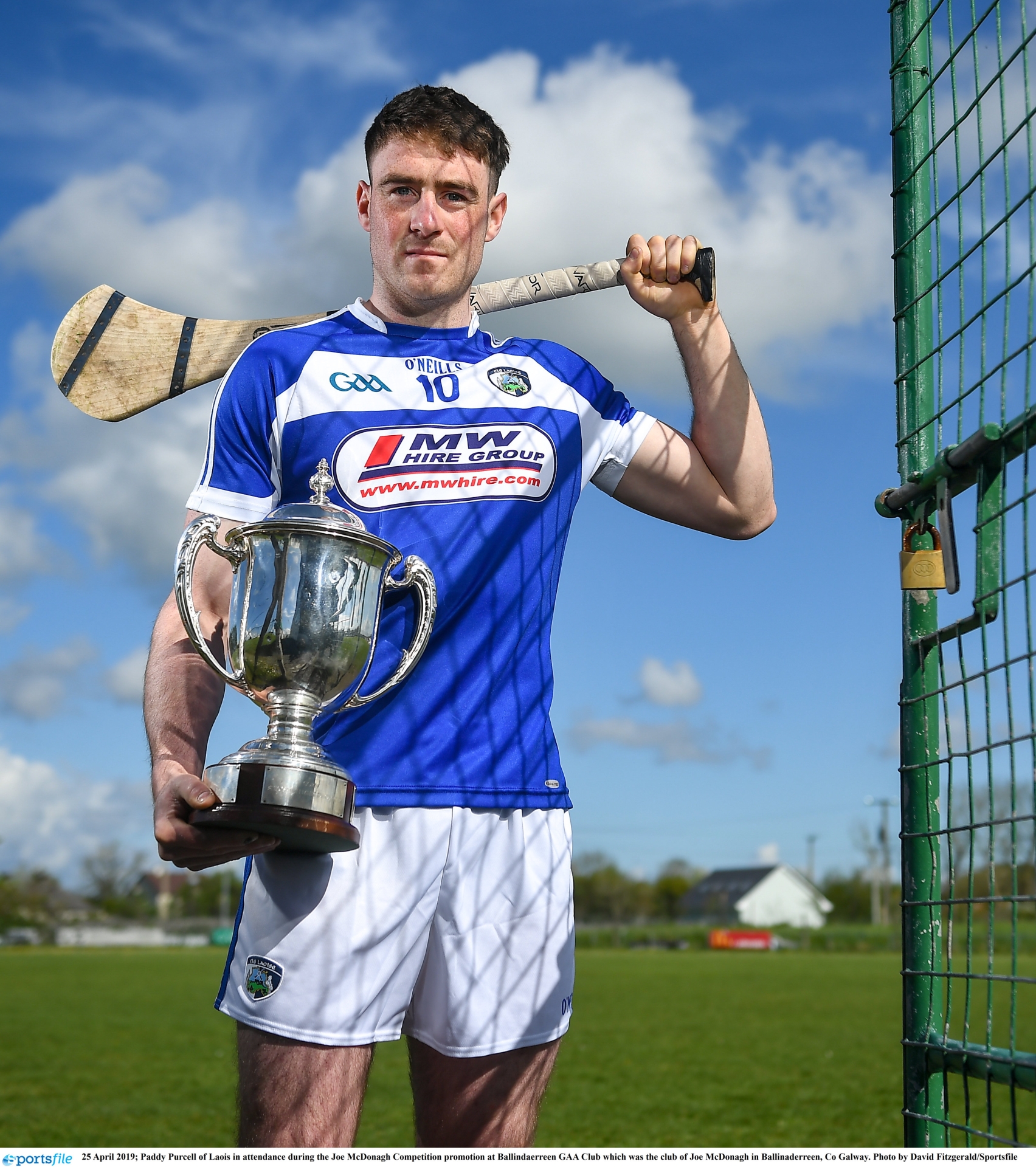 The event was held in Ballinderreen, the home club of Joe McDonagh and his some of his family members and team mates were in attendance. The event aimed to tie the history and culture of the competition to the players who are competing in it today. Ballinderreen GAA Chairman, Mattie Larkin hosted the group on the day and welcomed songs from Mike Burke and a performance from Abbeyknockmoy Scór na nÓg Champions.

This is the final event of a roadshow in the lead up to the official launch of the Joe McDonagh, Christy Ring, Nicky Rackard and Lory Meagher Cup Competitions. The roadshow saw each of the cups making their first ever visit to their namesake club locations along with the representatives from each team competing in that tier.

Speaking about the event Paul Flynn, CEO at the GPA said: “The GPA have three main pillars player welfare, player development and player representation. Under-representation promoting our players and our games is of the utmost importance to us. We are delighted to be working with the teams competing in the Joe McDonagh cup to promote this exciting competition. To have the cup back in Joe’s home club is really special and we look forward to the kick off of the competition this summer.”

The first games of the Joe McDonagh competition kick off with Antrim against Kerry and Offaly against Laois on Saturday 11th May.

The official launch of the Joe McDonagh, Christy Ring, Nicky Rackard and Lory Meagher Cup Competitions will take place on Thursday 9th May in Croke Park.