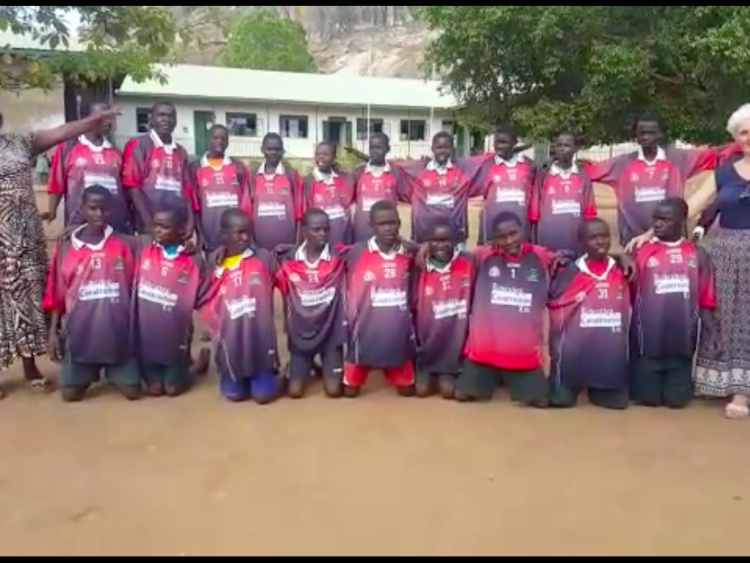 There could be a whole new generation of Shanahoe GAA fans in the years to come following the Laois club's generous donation of jerseys to a school in Uganda, Africa.

Shanahoe GAA club made the donation of two sets of old jerseys to Fields of Life, an Irish Christian organisation that local woman Mary Dunphy, wife of Bill O'Toole, is involved with based in Uganda and East Africa.

Fields of Life is an Irish Christian organisation that aims to bring about positive change through the provision of quality education, clean water, health promotion and other community based projects.

Mary travelled to Uganda last week where she visited a school who's athletic gear had burned in a fire a few months previous and were lamenting an upcoming athletics district competition for which they had no gear. Shanahoe's donation and Mary's arrival in Uganda couldn't have coincided better as Mary handed over the jerseys on Wednesday with the competition taking place on Friday.

The children aged between 9 and 15 from the school went on to win the competition outright, all the while donning the black and red of Shanahoe.

The second set of jerseys went to the partnering secondary school who will use them for their soccer team.

Both schools are said to be extremely grateful for the kindness shown by the Shanahoe club. 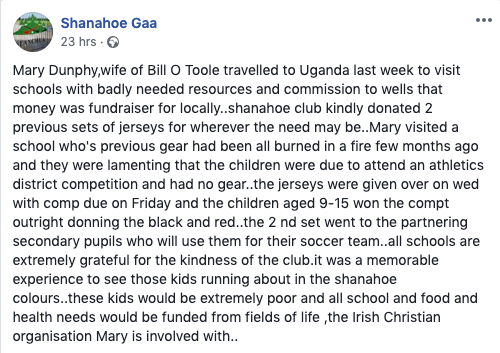 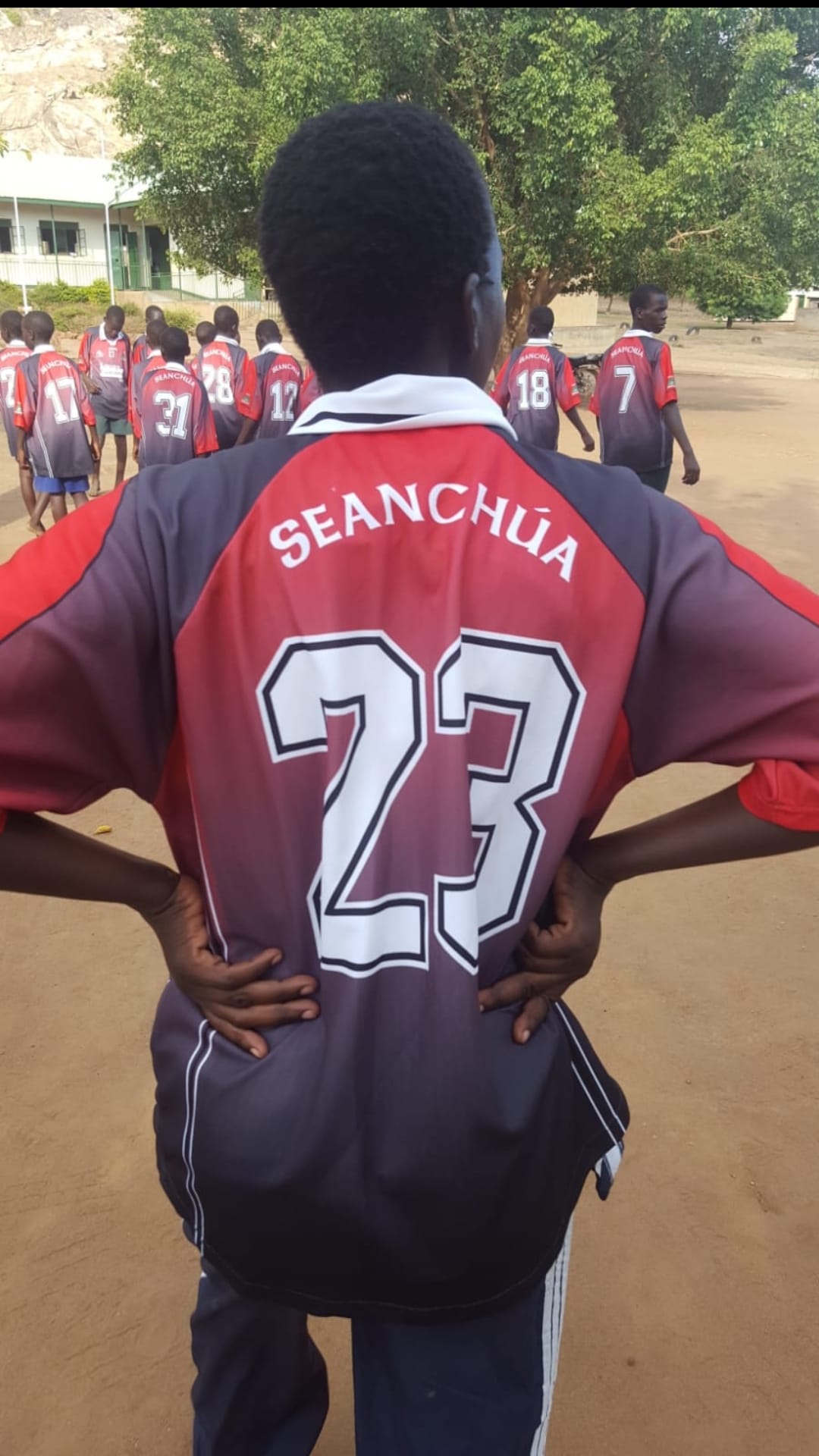