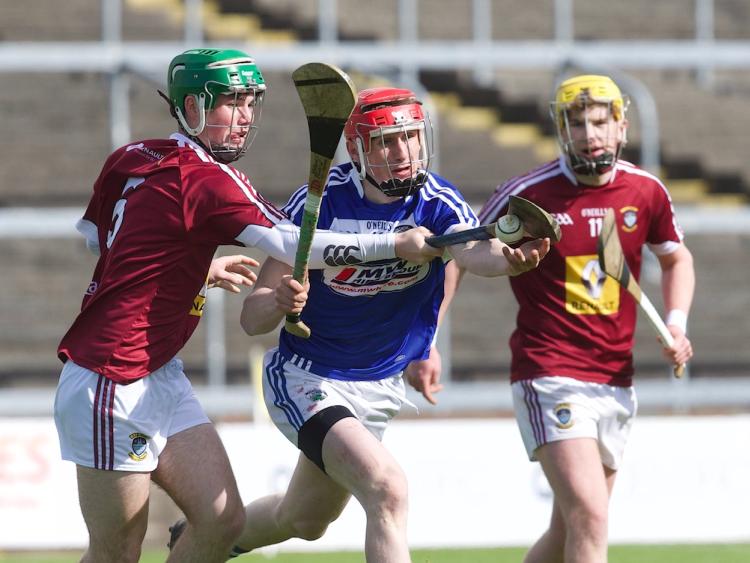 The Laois Minor hurlers cruised to a comfortable twenty point win over Westmeath in the opening round of the Leinster Championship in O'Moore Park this afternoon.

The Laois Minor hurlers opened the game well with captain Tadhg Cuddy hitting the upright in the first thirty seconds, before the first score of the game arrived a minute later when Laois wing-forwards combined to setup the opening goal. The Harps' James Duggan fired the ball across the Westmeath goal-mouth and the incoming Dan Delaney flicked the ball into the roof of the net for an ideal start for Enda Lyons' men.

Westmeath responded with corner-forward Conor Murphy firing his first free of the day to set them underway, but Tomas Keyes restored the Laois cushion to three points with four minutes played. Laois goakeeper Finnian Cuddy was then called into action to deny Murphy on the five minute mark.

Laois extended their lead through Trumera's Adam Kirwan when he stepped up to strike the free after being fouled himself. James Duggan followed with a point after a brilliant run from David Dooley to go five points clear.

Westmeath chipped away at the Laois lead with Murphy (2) and Devon Hill all raising white flags for Pat O'Toole's men, but Laois kept the margin at four points through Kirwan and Keyes' second points of the day.

Westmeath pulled one back right before the break as Murphy slotted his fourth point of the day, but Laois went in a goal ahead on a scoreline of 1-5 to 0-5 having played into a stiff breeze in the opening half.

Laois dominated the proceedings in the second half, Dan Delaney, DJ Callaghan, James Duggan and David Dooley all sending over points inside the opening five minutes of the half as Laois pulled away.

Laois continued to dictate the play with another eight points through Kirwan (3) and Dooley (2) before Westmeath would reopen their account with eleven minutes to go when centre-back Shane Williams converted a long range free.

James Duggan and captain Tadhg Cuddy pushed the Laois lead further, but late points from Cuddy and Kirwan either side of a Williams point left the final margin at twenty points as Laois ran out comfortable victors.