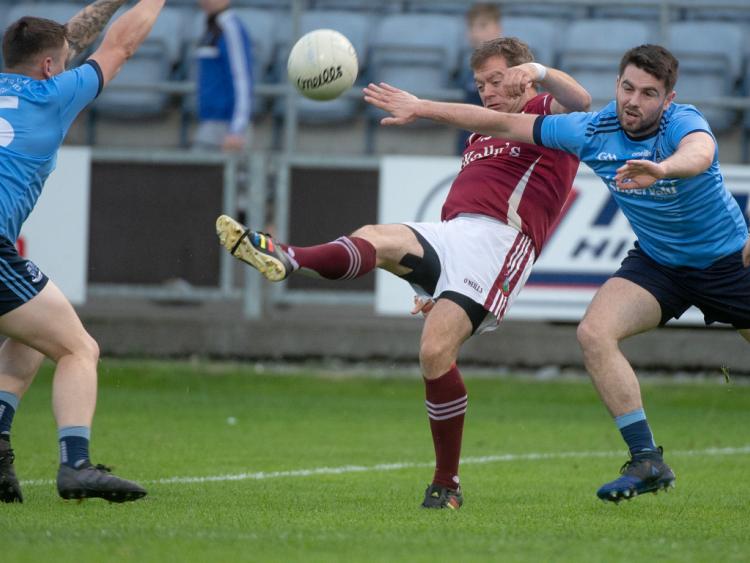 Ballyroan Abbey made it back-to-back wins in the League following a seven point victory over Arles-Kilcruise at Ballyroan on Saturday evening.

Ten points from the ever-present Ross Munnelly wasn't enough to steer Arles-Kilcruise over the line as 1-3 apiece from Ballyroan Abbey's Scott Conroy and MJ Tierney secured their third victory of the campaign, while Arles-Kilcruise still remain winless from the opening five rounds of the League.

Arles-Kilcruise played with the strong wind behind their backs in the opening half. Wing-forward Fran Egan set the scoreboard in motion with a minute played, but Ballyroan Abbey shot back through Scott Conroy. Ross Munnelly and MJ Tierney traded frees to leave the score level at 0-2 each after the opening five minutes.

Despite playing against the wind, Ballyroan Abbey went on to 1-3 without reply. A brace from Diarmuid Whelan and a single from Conroy edged Ballyroan into a three point lead before the first goal of the evening arrived when Tierney got on the end of Whelan's pass to rattle the Kilcruise net.

Larry Wall's men rallied in the final minutes of the half to end their twenty-one minute drought with Munnelly swinging over. Sean Murphy landed a point from range for Ballyroan Abbey, but Kilcruise would add a further two points from Munnelly in the final two minutes of the half - his second a booming score from distance helped over by the crossbar - to leave four points between the sides at the break.

Ballyroan's Marty Scully re-opened the scoring three minutes into the new half but Arles-Kilcruise would rattle off the next three points, all from Munnelly, to bring them to within two points of the home side. Diarmuid Whelan landed two points, the first a big score from forty metres out, before Fran Egan was superbly denied by Andrew Bonham in the Ballyroan Abbey goals but managed to fist over the rebound.

Conroy and Munnelly traded points with just under fifteen minutes to go before Tierney expertly dispatched a '45 straight between the uprights to give Ballyroan Abbey a four point cushion with ten minutes to go.

Munnelly fired over his ninth and tenth points of the game either side of a Tierney free, but Ballyroan Abbey finished the stronger with Whelan sending Conroy through for their second goal, before Whelan closed out the game with the final point of the day as Ballyroan Abbey ran out seven point victors.