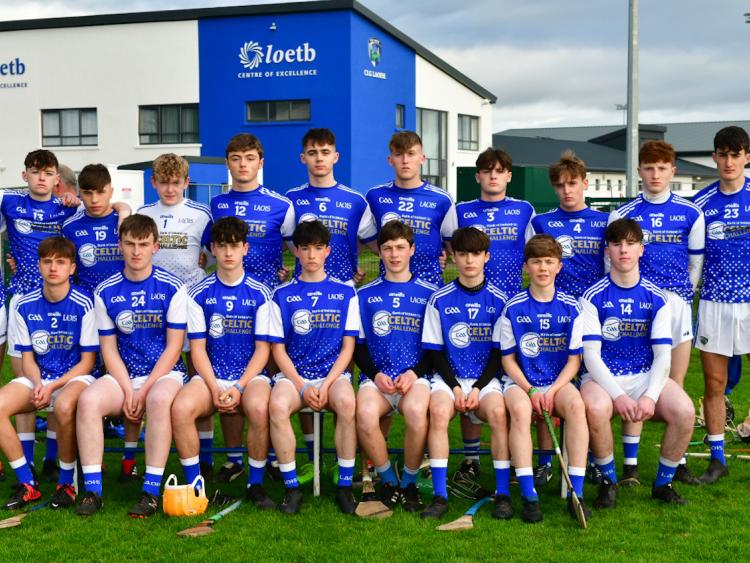 The Laois U-17 hurlers defeated Offaly in the opening game of the Celtic Challenge competition at the LOETB Centre of Excellence tonight.

Laois led by nine points at the change of ends with first-half goals from The Harps' Jim O'Connor and Rathdowney-Errill's Jack Foyle helping them to a 2-7 to 0-4 lead. Offaly battled back in the second half and outscored the home side by 2-11 to 1-6, but Liam Dunne's men finished strong to claim the win.

Laois rattled off the first four points of the game across the opening ten minutes before Offaly would open their account. Clough-Ballacolla's Cillian Dunne won and converted a free himself to set the ball rolling before points followed from captain Daniel Bowe, Padraig Rafter and Philip Tynan to give them a good start to the game.

Offaly opened their account through Adam Landy on thirteen minutes, before Laois' Rafter and Dunne exchanged points with Landy and Loughlann Quinn. The first goal of the day arrived shortly after when a good run from Cillian Dunne was finished to the net by full-forward Jim O'Connor just after the quarter of an hour mark, and their second came two minutes later when Jack Foyle's placed shot across the goalkeeper found the bottom corner of the Offaly net.

Laois were on top for the final ten minutes of the half and added a further six points before the break through Daniel Bowe, O'Connor, Dunne, Foyle, Tynan and Abbeyleix's Sam Quinn to see them take a nine-point lead to the dressing rooms. 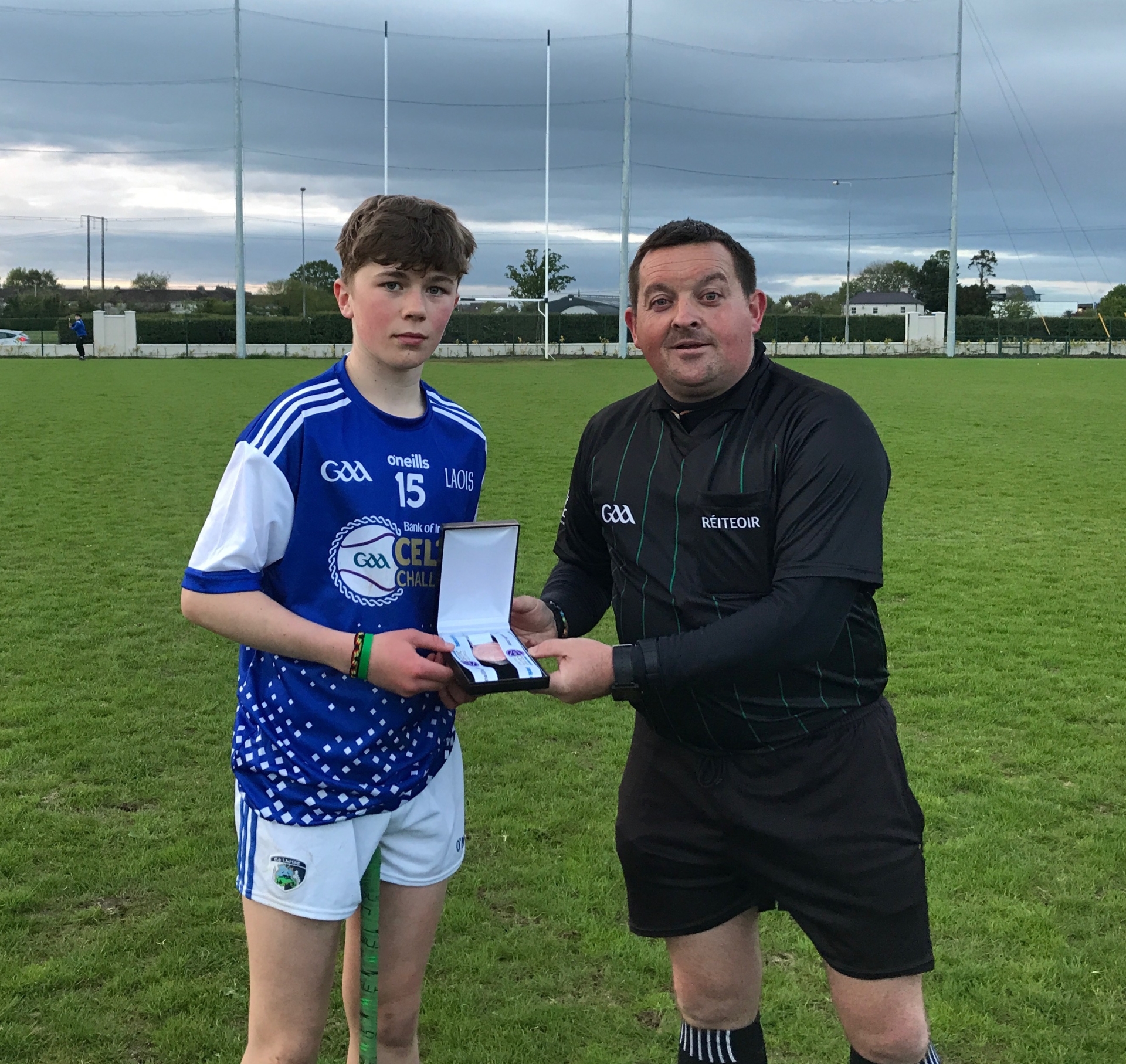 Laois' Cillian Dunne who received the Best & Fairest award from the match referee.

Offaly settled into the game more in the second half. They claimed the first point of the half through substitute Callum Flannery, but Laois' third and final goal of the game came just two minutes after the restart when Bowe's long free into the square dipped into the Offaly net.

Offaly's Pat Phelan exchanged fire with Jack Foyle's second point of the day, but then Offaly began to get on top and added 1-3 without reply with Loughlann Quinn bagging the goal. Laois stunted the Offaly spree with a well-taken point from St Fintan's Josh O'Brien Holmes, before Offaly's Quinn sent a penalty over the crossbar to Laois' relief.

Laois pushed their lead out to twelve points with scores from the Dunne and Rafter with just over ten minutes to go, but Offaly rallied in the remaining minutes and added 1-5 to their account. Adam Landy converted three frees and substitute Martin Lawlor got a flick for their goal.

Late points from Bowe and Delaney ensured a six-point win for Liam Dunne's charges and a good start to the competition.