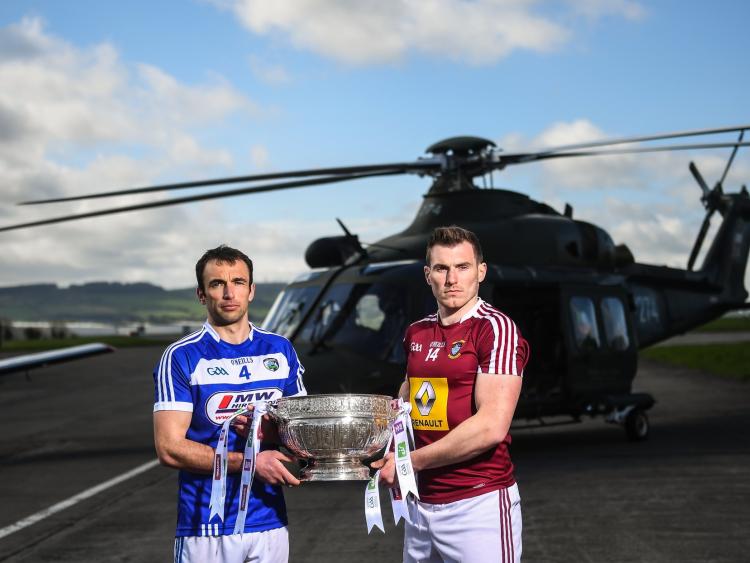 Gareth Dillon of Laois, left, and Kieran Martin of Westmeath at the launch of the Leinster Senior Championships at the Casement Aerodrome in Baldonnel, Dublin. Photos: David Fitzgerald/Sportsfile

Today marked the launch of the 2019 Leinster Senior Football Championship at the Casement Aerodrome in Baldonnel, Dublin.

Players from ten of the eleven counties competing in the converged on the picturesque setting of Casement Aerodrome in Baldonnel to launch the 2019 Leinster Championships, with Meath the only county not represented.

In attendance from a Laois perspective on the day, Senior Football Manager John Sugrue and defender Gareth Dillon made the trip to Dublin for the official launch. 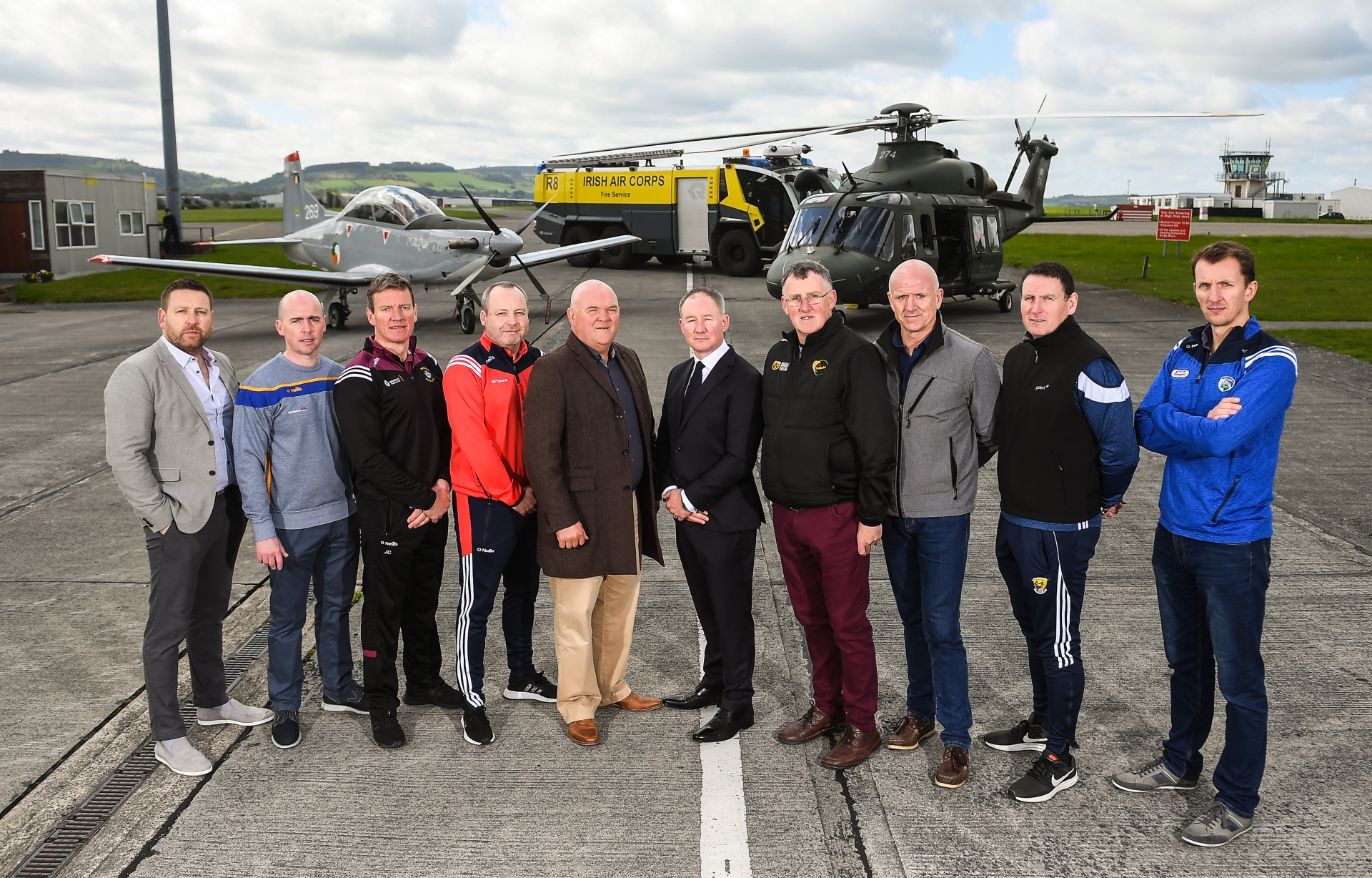 The draws were made for the Leinster Championship in October of last year, with Laois coming out on the other side of the draw to reigning Leinster and All-Ireland champions Dublin as they go in search of their ninth successive Leinster title and fifth All-Ireland. 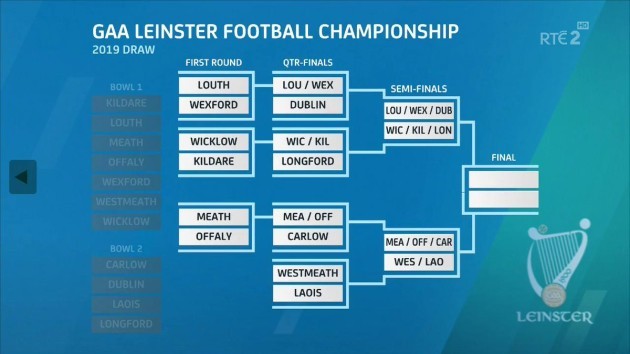 The All-Ireland champions Dublin will open their 2019 campaign against the winners of Louth and Wexford in the provincial quarter-final. Jim Gavin's side could potentially face Kildare or Longford in the semi-final, while Wicklow are also on that side of the draw.

Meath, Offaly, Westmeath, Laois and Carlow were all boosted by being placed on the opposite side of the draw to Dublin. Meath will face John Maughan’s Offaly in the first round with Carlow awaiting the victors in the last eight, while neighbours Westmeath and Laois face-off. 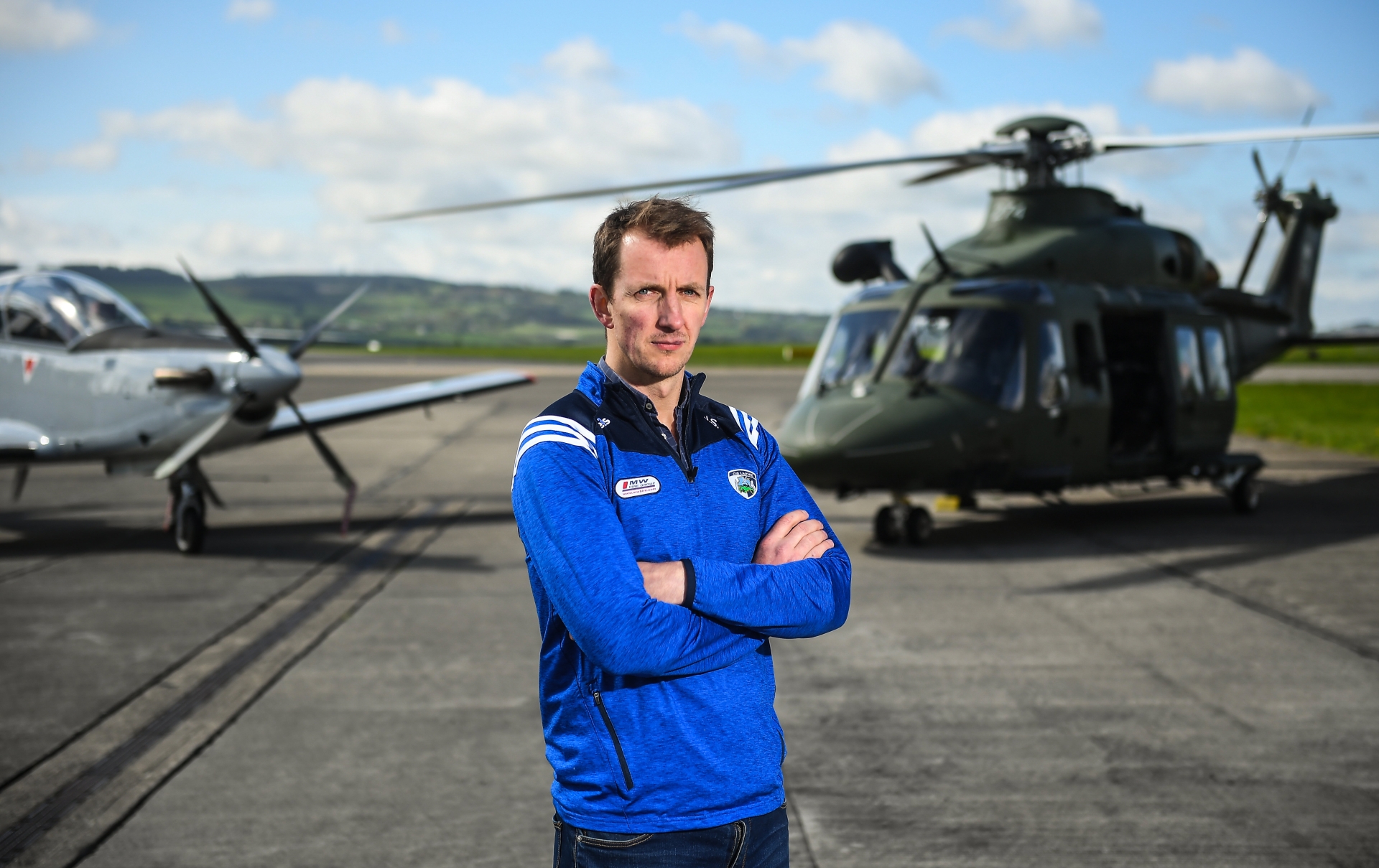 Laois' run to the Leinster final sees them through to quarter-finals where Westmeath await. It will be the third meeting of the sides in 2019, with Westmeath currently holding a 2-0 lead in the series following their three-point defeat in Round 4 of the League, followed by their loss in the Division 3 final in Croke Park at the start of April.

John Sugrue's men will open their Championship campaign against Westmeath in Bord na Mona O’Connor Park on Sunday 26th May with the GAA still to decide on a 2pm or 3pm throw-in. 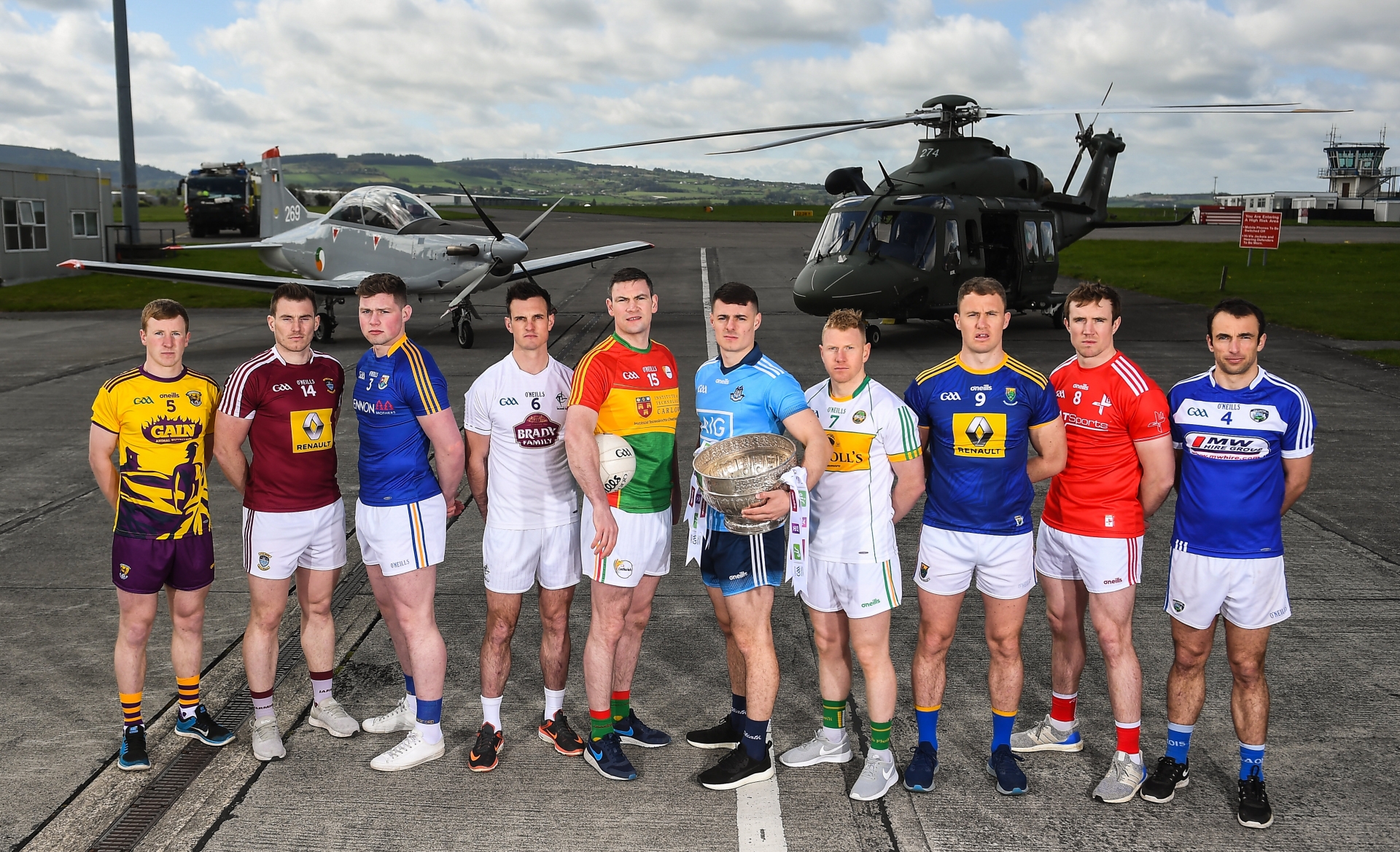