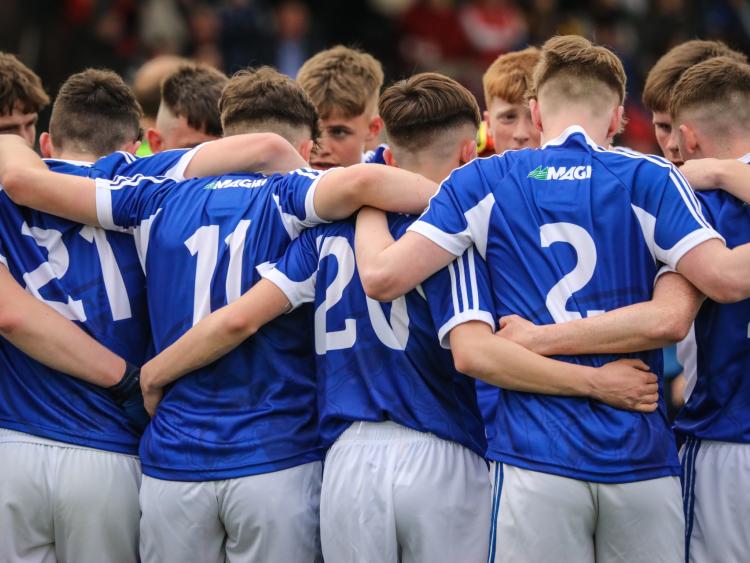 The Laois minor footballers prior to their opening Championship game against Carlow. Photo: Paul Dargan

The Laois Minor football manager Donncha Phelan has announced his starting team to take on Westmeath in the second round of the Leinster Championship at O'Moore Park on Wednesday evening.

Laois opened their campaign two weeks ago away to Carlow, where a last-gasp free from Ballyroan Abbey's Brian Whelan in the sixth minute of injury-time salvaged a draw for the O'Moore men in Carlow IT.

The sides went in level at five points apiece after the opening half, despite Carlow enjoying much of the possession. Carlow led heading into the final ten minutes of the game by three points, but points from Mark Kehoe and Whelan reduced it to the minimum with seven minutes to go.

Carlow increased the margin to two points with a free but Donncha Phelan's men got back on level terms with points from Whelan and Rioghan Murphy with a minute left to play. Carlow looked to have stole the result when Dylan Doyle added their eleventh point on the stroke of sixty minutes, but there was to be late drama as Brian Whelan nailed a free from forty-five out in the sixth minute of injury-time to salvage a draw with virtually the last kick of the game.

The Laois manager has named three changes to the team that started against Carlow with Ciaran Burke, PJ Ward and Nathan Little making way for Kevin Swayne, PJ Ward and Orrie Doran as well as numerous positional reshuffles with Stradbally's Conor Goode moving from midfield to full-forward.

Laois will welcome a Westmeath side that won their opening fixture against Longford by two goals to O'Moore Park on Wednesday evening, with a 7.30pm throw-in time.