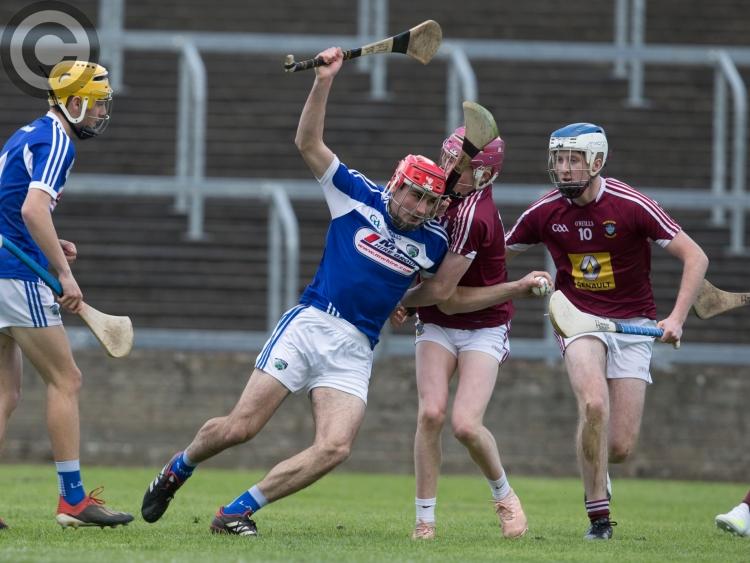 Danny Brennan breaks out of defence for Laois against Westmeath in the opening round of the Championship at O'Moore Park. Photo: Alf Harvey

The Laois minor hurlers Round 3 clash against Antrim this Saturday has been moved from Parnell Park.

The game which was due to be played at a neutral venue was initially fixed for Dublin's county grounds, Parnell Park in Donnycarney at 3pm, but yesterday was switched to Fingallians GAA's Lawless Park in Swords with the time remaining at 3pm.

Enda Lyons' men cruised to a twenty-point victory in their Championship opener at home to Westmeath two weeks ago before emerging from St Conleth's Park, Newbridge last Saturday in a one-point victory over Kildare where Adam Kirwan rose to the occasion to slot 1-5, including two late frees to steer the result in their favour.

The Tier 3 clash of Down v Antrim will take place at 1pm in Lawless Park prior to the Laois and Antrim game, while the Laois Senior hurlers open their Championship campaign with against Offaly later that evening in Bord na Mona O'Connor Park with a 7pm throw-in time.