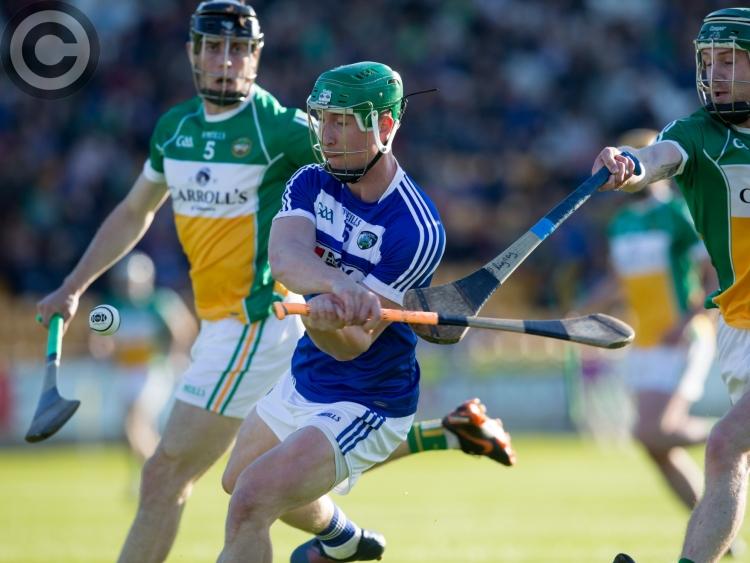 The Laois Senior hurlers got their Joe McDonagh Cup campaign off to a flying start in O'Connor Park, Tullamore with a hard-fought four point victory over Offaly in a seven-goal epic.

Eddie Brennan's men collected their third win on the hop against their neighbours Offaly having gone in level at the break, hitting eleven wides in the opening half, before slotting four second-half goals and holding out through ten minutes of injury-time to claim the bragging rights and get an important win under their belts.

Offaly attacked from the throw-in and were unlucky not to have a close-range free, but Laois went up the field and opened the scoring forty-seconds in through full-forward, Eanna Lyons. Offaly replied instantly through a Joe Bergin free, but a Mark Kavanagh free from sixty-five metres out straight in front of the posts edged Laois ahead.

Cha Dwyer claimed the Offaly puck-out and returned it over the bar to extend the Laois lead, but Offaly replied in devastating fashion with a superb goal from Oisin Kelly after seven minutes of play.

Offaly rattled off another four points through Kelly (2), Conor Mahon, David O'Toole Greene and Joe Bergin, while Willie Dunphy and a Mark Kavanagh kept Laois within four points of the home side with a quarter of an hour played.

Laois enjoyed the ten minutes thereafter as Kavanagh sent over five frees and Willie Dunphy a point as Laois took a narrow one-point lead approaching the half hour mark. The sides closed out the half with Offaly hitting three through Bergin (2) and Colm Gath, while Kavanagh (2) and Ross King's first of the year for the Laois hurlers saw them go in level at 0-13 to 1-10 in a half that Laois shot eleven wides as opposed to Offaly's two.

King fired his second point two minutes after the restart, but Niall Houlihan cancelled his effort. Laois' first goal arrived when Paddy Purcell rattled the net, and Cha Dwyer followed suit a minute later when he combined with King as Laois went five points ahead five minutes into the half.

Offaly came back with a Joe Bergin free and Oisin Kelly's second goal of the game to put two points between the sides. Laois restored their five point cushion with points from Kavanagh (2) and Willie Dunphy.

Offaly edged ahead with a Bergin brace and a single from Kelly, but Laois returned fire through Kavanagh, substitute Conor Phelan to bring them level. Cha Dwyer nudged Laois into the lead five minutes from the end of normal time, and then substitute Stephen Bergin slotted Laois' fifth and final goal right before the seventy-minute mark as Laois went four points ahead.

Eleven minutes of injury-time would follow, with both sides hitting two points apiece. Fittingly, Ross King closed out the game with the final point of the game as Laois ran out four point victors.