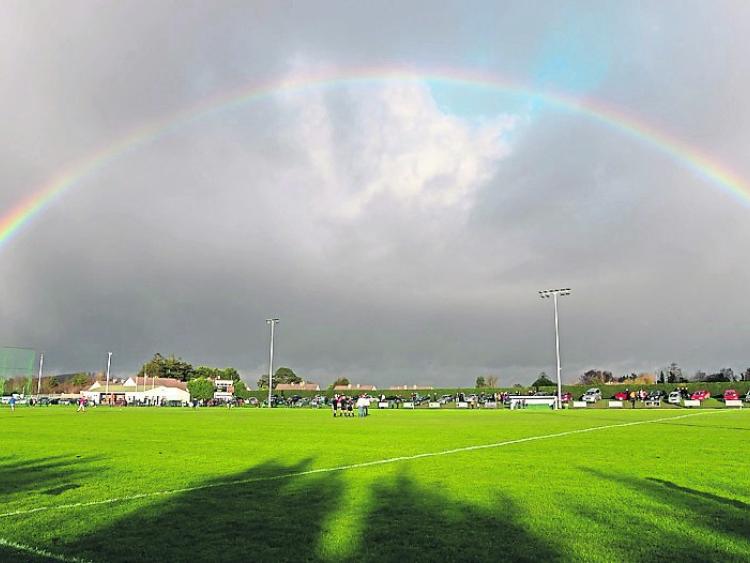 There were four games down for decision last Sunday in ACFL Division 2, with Graiguecullen giving Barrowhouse a walkover, which means Barrowhouse move to seventh in the league. While Crettyard and Park-Ratheniska’s match was postponed following a bereavement in Crettyard.

In the earliest game of the day, Clonaslee St Manman’s had a more than comfortable 3-16 to 1-7 win over The Heath’s junior footballers, making it four wins in a row for Conor Gorman’s side.

Teenager Ryan Kilroe was on fire for them, hitting seven points, while two goals from Cian Barrett and one from another teenager, Jack Owens, sees Clonaslee St Manman’s move to fourth.

Three more scheduled games went ahead at seven o’clock, with Rosenallis, Portlaoise and Timahoe all picking up the points.

O’Dempsey’s were unbeaten up until this clash, but they were no match for the Intermediate outfit, as Rosenallis moved to fifth while O’Dempsey’s lie a spot behind in sixth place.

Portarlington had their hearts broken in McCann Park, as a last minute penalty from Portlaoise meant they snatched the points in this top of the table encounter on a score-line of 3-9 to 3-8. Regardless of the result, both sides quest for promotion looks strong at this stage, as they occupy the top two spots.

Finally, the contest of parish rivals Timahoe and Annanough resulted in a nine point win for Timahoe. Veteran Mick Ramsbottom rolled back the years with a personal tally of 1-4, with their main forward Ruairi O’Connor and underage starlet Mark O’Connell also scoring well in a 1-18 to 1-9 victory. Padraig Clancy’s charges lie third in Division 2 following this week’s round of results.