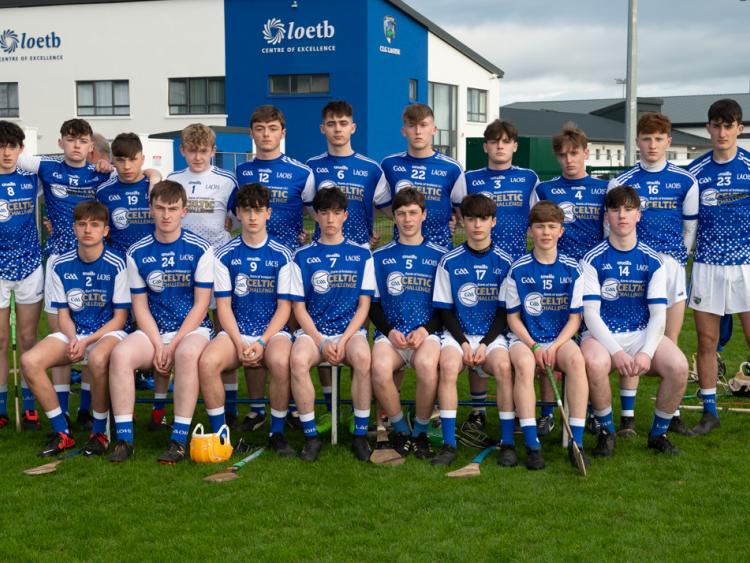 On a perfect summer’s evening at O’Moore Park, Laois fell to Dublin by a final margin of nine-points in the second round of the Celtic Challenge competition on Wednesday.

The LOETB Centre of Excellence was a hive of activity on Wednesday evening as Laois GAA catered for two Celtic Challenge games - Laois v Dublin Clarke and Wexford v Offaly - and the Laois Minor footballers training session, with this game availing of the pristine surface in O’Moore Park.

Laois won their opening game against Offaly in a high-scoring 3-18 to 2-15 shootout, but Dublin’s Clarke team, one of three from the capital, proved too strong for Liam Dunne’s Laois side in their second outing.

Captain Daniel Bowe from Rathdowney-Errill led by example with a personal tally of 1-4, accounting for all but one point of Laois’ 1-3 second half return. Laois goalkeeper Ben Campion kept Laois in the fray with two excellent first-half saves.

Laois were first out of the blocks with Jack Foyle registering the first score just thirty seconds in after a good pass from his clubmate Daniel Bowe. Dublin’s full-forward Jack Kelly equalised, and then Ben Campion pulled off a great save to deny Bryan Keogh.

Points from Ger Ryan, Matthew Lynam and a great score from Keogh put Dublin two clear, but Laois were back to within a point when Daniel Bowe fired his first and Cillian Dunne won and converted a free.

Ryan and Dunne swapped frees before Campion was called into action again to spectacularly deny Ryan after a well-worked move from Dublin. Jack Kelly doubled the Dublin lead but points from Josh O’Brien Holmes and Cillian Dunne brought Laois level.

The Harps’ Jim O’Connor set off on a winding run before seeing his shot destined for the top-right corner acrobatically saved by Conor Ryan in the Dublin goals twenty-two minutes in. Daniel Bowe slotted the resulting sixty-five to edge Laois into a one-point lead.

Dublin got back in front with points from Ryan (2) and Adam Drewett. O’Connor had another goal chance for Laois before the break but his shot bounced up and over the crossbar to leave them a point behind.

Dublin closed out the half with the final two points to see them hold a three point lead at the break, 0-11 to 0-8.

Dublin outgunned Laois 1-9 to 1-3 in the closing half. They hit four points in the five minutes after the restart, while Laois shot one through Bowe.

Laois halved the deficit with a brilliant goal. A quick one-two between Cillian Dunne and Na Fianna’s Tom Fennelly allowed the Ballacolla man to setup Daniel Bowe for his second goal in as many games.

Dublin pulled nine points clear by the final whistle with Laois adding two further points through Bowe and Joe Corby. Laois will travel to Bunclody to face Wexford in the next round.