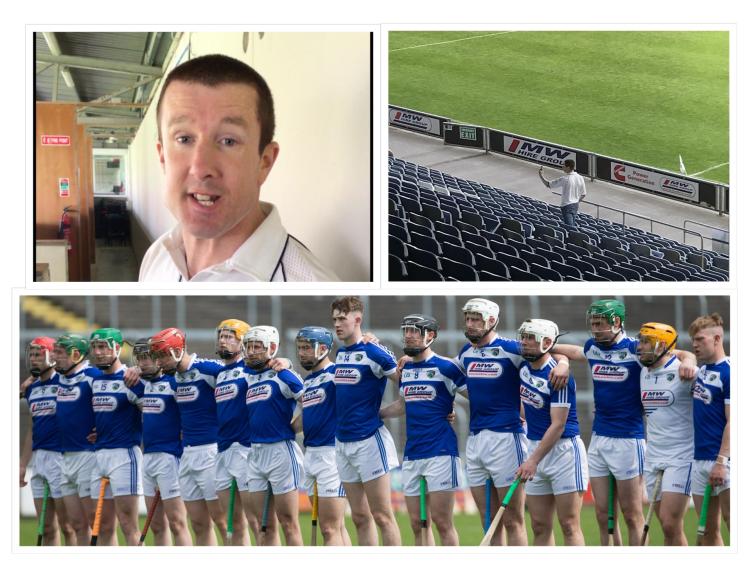 Buff Egan is a name that will be familiar to hurling supporters both at home and abroad.

Buff was in O'Moore Park on Saturday afternoon for the clash of Laois and Antrim in the second round of the Joe McDonagh Cup where Eddie Brennan's side ran-out eight-point victors in a dominating display to notch their second win of the competition.

While Laois made the short trip to Tullamore last Saturday to overcome Kevin Martin's Offaly, Antrim hosted Kerry in Dunloy - and Buff made the long trip from his home in Kerry to see the Saffrons defeat his beloved Kingdom by fourteen points.

Having watched Laois run out comfortably against Antrim, Buff spoke to the Leinster Express in the O'Moore Park Press Box, and he named one particular Laois player a 'stallion of a man'.