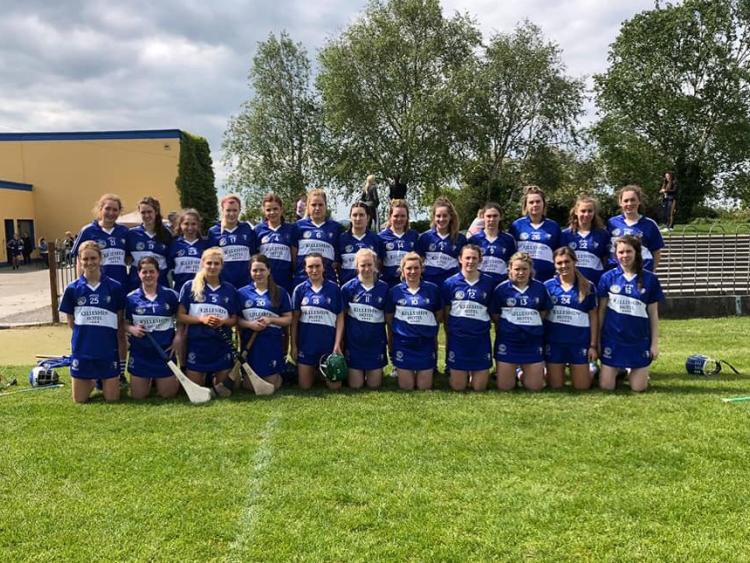 Donal Franks’ Laois side fell to a six-point defeat to neighbours Offaly in the Leinster semi-final at St Rynagh’s on Saturday evening.

While Laois compete in the Intermediate All-Ireland League and Championship, they faced Senior side Offaly in the semi-final of the Leinster Championship.

They trailed by twelve points at half-time on a score-line of 3-9 to 1-3, but bridged the gap to six points by the final whistle in a battling display.

Offaly started well with the two opening points going their way. Siobhan Flannery set them underway less than a minute in, and then Becky Bryant doubled their advantage a minute later.

Laois opened their account through captain Alison McEvoy directly after, but Offaly picked up where they left off with Bryant grabbing her second of the day to restore the Offaly lead back to two points.

Sarah-Anne Fitzgerald converted a free from forty-five metres out to bring Laois back to within one of the home side, but Offaly replied emphatically from the puck-out to see Mairead Teehan lift the first green flag of the day with a quarter of an hour played.

Laois pulled one back through Sile Burke to leave three between them, and then Amy Loughman stormed through the opposition defence to bag Laois’ first major of the day and level the proceedings.

Offaly took control of the remainder of the half, blitzing the Laois defence for 2-6 without reply to storm into a commanding lead.

Full-forward Mairead Teehan led the scoring spree with a 1-4 return, her second goal of the half, while Siobhan Flannery rattled the Laois net as Offaly looked to be home and dry with a twelve point lead going in at the break, 3-9 to 1-3.

Laois emerged with a renewed appetite for the second half. Alison McEvoy restarted the scoring less than thirty seconds after the resumption, and Loughman followed with a point of her own as Laois began to chip away at the Offaly lead.

Sarah-Anne Fitzgerald sent over another free for the O’Moore women before Flannery reopened the Offaly account. Laois’ and Loughman’s second goal arrived as the game headed into the final quarter, setting up an interesting conclusion.

One of the stars from Laois’ Minor All-Ireland title, Kirsten Keenan, notched 1-1 in quick succession to leave just five-points between the teams with six minutes left to play.

Offaly stemmed the Laois revival with points from Teehan, Grainne Egan and Christine Cleary. Laois looked to bridge the gap with scores from Keenan and Alice Walsh, but Offaly held firm to progress to the Leinster final.