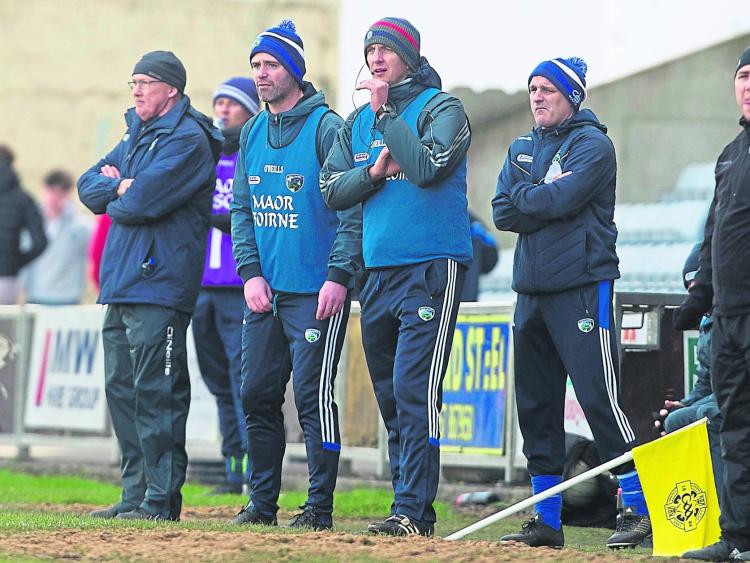 When Sean Cotter was brought in as part of John Sugrue’s Laois management team for the year, he brought with him plenty of experience of the Laois club and county scene.

When he was asked in, he actually first heard of the news from his father.

"When I got the phone call off John, I think John actually rang my father first because his name is Sean as well. The father let me know John Sugrue was looking for me so I was delighted to come in. I had a good sit down with John and we spoke about what the expectations were, so I was all onboard."

The Portlaoise clubman had nothing but good things to say for the set-up so far:

"I’m really enjoying it now to be honest with you. John and the lads have set up a fairly high standard team from last year and he has his standard set for the players as well as the Management.

"We’re expected to be arriving here focused, ready to go, and I enjoy that professional approach to it."

Cotter agreed with captain Stephen Attride's sentiments about the League and championship.

"It’s a welcome break though as well because it gives you a chance to refocus going into the Championship after the League because like Stephen said, it’s week on.

"You’re preparing for a different team every two weeks, so I think with the break we get a bit of time to refocus as a group and recharge the batteries as well.

"The league is great for giving lads opportunities and I don’t think was any one game where we had the same starting-fifteen out there so it was great in that aspect. It gave us a chance as Management to look at different players and different positions, and stuff like that. Definitely from a player’s point of view it’s a welcome break before the championship."

"I was in college in Maynooth and I had gotten a job out in Leixlip, so I was still living in Maynooth. John Divilly was involved with the Maynooth Sigerson, so he asked me to come in.

"I done about four or five years with them and then moved on to the Maynooth club. I was under John’s guidance for a couple of years and then I took over.

"And then I got into the Maynooth club training them for two years. I was with a club in Dublin, St Peregrines, for a year and then the boss wanted to move back home.

"I really enjoyed it. You get a good insight into how other county players are approaching games and training sessions.

"We’re talking about different levels of tiers and stuff like that, but bring the Dublin lads down here to look at the Laois training and they’ll say it’s not much different to what they’re doing. They’re all training two or three days per week."

Cotter didn’t believe there was much difference between when he was playing and now.