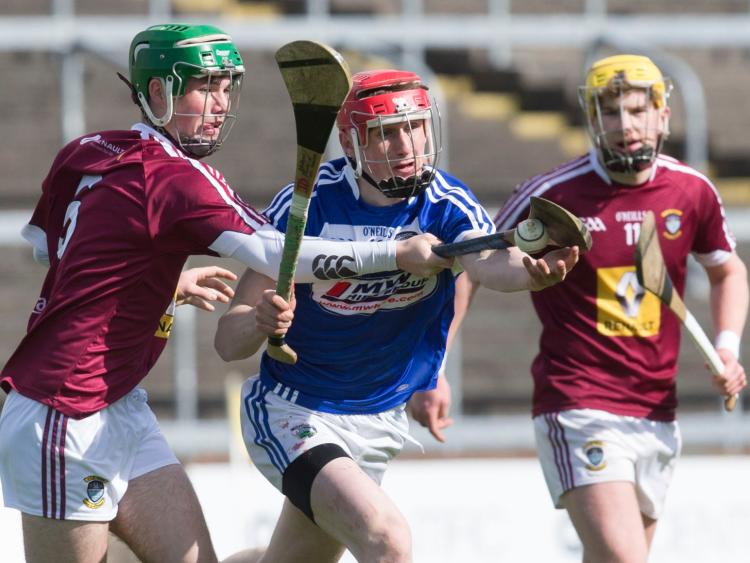 The Laois minor hurlers cruised to a facile thirty-three point dismantling of Westmeath in Round 2 of the Leinster Minor Hurling Championship at O'Moore Park tonight.

Laois dominated from start to finish, holding a sixteen point lead at the interval before going on to record a commanding victory to set up a Leinster quarter-final place in two weeks time.

Laois strolled into a ten-point lead inside the opening ten minutes 1-7 to no score, that tally spread amongst ten scorers. Captain Tadhg Cuddy opened the scoring seventeen seconds in and Laois continued to press forward with more points from Cuddy (2), Cian O'Shaughnessy, David Dooley, Adam Kirwan and a goal from a long range free from Noah Quinlan.

Westmeath opened their account after a quarter of an hour through a Shane Williams free, but Laois went staright back on the attack with a Dylan Carroll point before Laois' second goal arrived when Cian O'Shaughnessy pounced on the loose ball.

Adam Kirwan landed a free from the half-way line and Westmeath shot back with a long range point from Matthew Glynn. Laois added a further four points before the break with Cian O'Shaughnessy converting an outrageous point from the right-wing as Laois went in sixteen points ahead.

The second half didn't deviate from the first as Laois continued to keep their foot on the pedal. Tadhg Cuddy and Williams exchanged points straight after the restart.

Laois rattled off 1-17 in the closing half, spread amongst nine separate scorers. Substitute DJ Callaghan rattled off four, Cian O'Shaughnessy and David Dooley three points apiece, as well as James Duggan bagging an audacious goal a minute from time where he flicked it over the defenders head before calmly slotting to the net.

Laois will now go on to meet either Offaly or Wexford in the Leinster quarter-final in two weeks time.