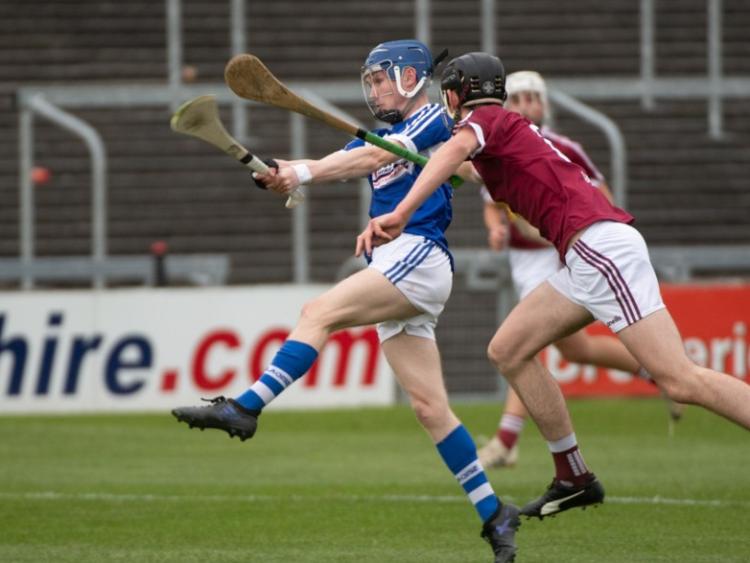 The Laois minor hurlers booked their place in the Leinster quarter-final following their big win over Westmeath last Friday night.

Enda Lyons' Laois side ran out comprehensive thirty-three point winners over Westmeath in the preliminary quarter-final, racking up a an impressive 3-30 final tally spread amongst twelve scorers.

Leading the scoring charts on the day was Ballinakill's Cian O'Shaughnessy with a 1-4 haul, while his twin brother Cathal lined out on the half-forward line.

Off the back of his performance, Cian was nominated for the Electric Ireland Minor Hurling Player of the Week alongside Kildare duo Darragh Melville and David Qualter. 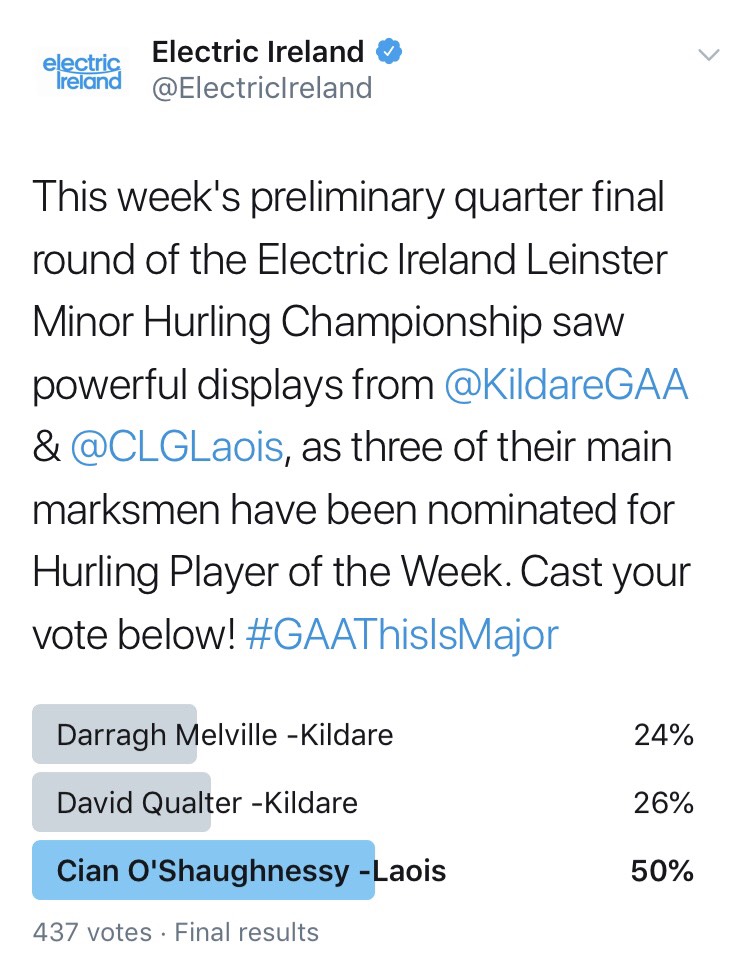 O'Shaughnessy topped the online pole via Twitter with 50% of the final tally, Qualter followed with 26% and Melville in third with 24%. Congratulations to Cian. 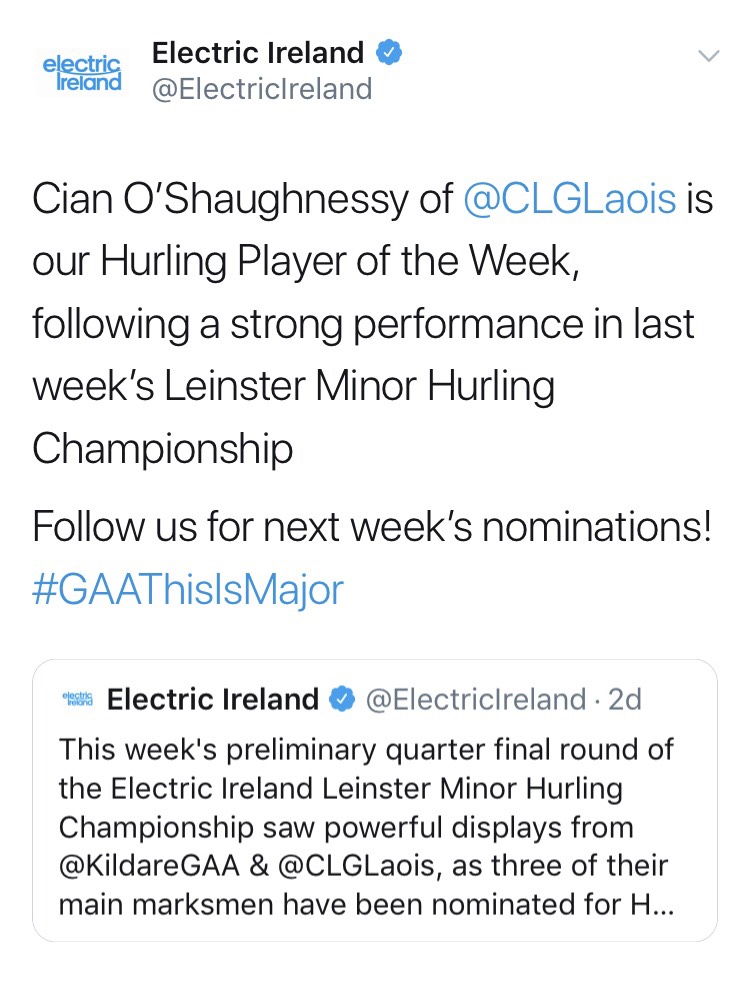