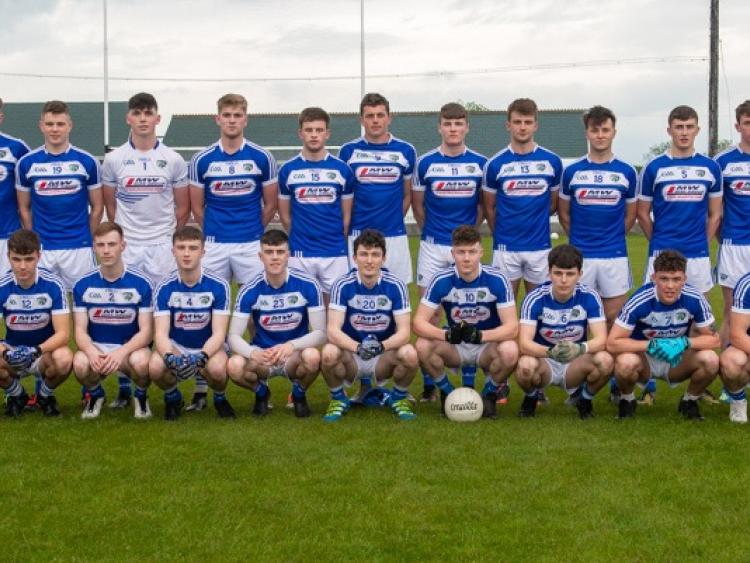 While their first half was impressive in patches, Laois U-20’s ran riot in the second half against Tipperary.

Laois began with a Diarmuid Whelan free, after Ronan Coffey took on his man and was fouled.

Tipperary had their first chance when Shane Doyle created space for Tommy McDonagh, but Coffey tracked back well to block his shot.

Whelan got Laois’s second point after patient build-up play, before Tipperary were awarded a penalty. A long ball from Shane Doyle caught the Laois defence out, and Tommy McDonagh rounded keeper Matthew Byron, who hauled him down. Sean O’Connor stepped up, and drove it down the middle of Byron’s goal.

O’Connor put over a free for Tipperary, before Whelan kicked it across goal to big full-forward Daniel McCormack, and he turned his man and fired over.

Tipperary came close to a second goal after, as Eoin Dunne was dispossessed in midfield, and a quick counter-attack allowed Cian O’Sullivan an opportunity, but his shot struck the bar. Sean O’Connor knocked over the rebound for Tipperary.

Shane Doyle added another, before Laois drew level, with Whelan and Daniel McCormack again working well together. Whelan beat his man for pace, and his shot dragged across the goal, but McCormack instinctively kicked it in off the ground.

Whelan gave it off the shoulder to St Joseph’s Mikie Dempsey, and he played a lovely placed handpass into the waiting arms of centre-forward Michael Doran, who finished sublimely, with his shot going in off the post.

O’Connor and Whelan both placed over frees for their sides, before Laois scored the next three to take a healthy advantage.

Jack Owens got the first of those, and the Emo man was unfortunate not to have a goal in the next play. PJ Daly claimed the Tipperary kick-out, punted a long ball for McCormack to gather, and he gave it to Owens and his attempt wacked off the post. Michael Doran placed over the rebound.

Whelan and O’Connor swapped points from frees, before Laois ended the half with a nicely worked point. Vice-captain Colin Slevin played a beautiful ball to McCormack, and he unselfishly laid it off to Owens, who took his point.

Michael Doran opened Laois’s account for the second half, and then he scored Laois’s third goal. Jack Owens ran half the length of the pitch, leaving his marker in his wake, gave it to Whelan, and while his pass was intercepted, Doran buried at the second time of asking.

Coffey and PJ Daly extended Laois’s lead, before McCormack got two goals one after the other. The first came from a long Dean Brophy ball, which McCormack palmed in. His second came from Eoin Dunne soccer-style feeding him inside, and McCormack blasted home.

Tipperary finally got on the board through O’Connor (free), but five minutes later, Jack Owens scored a sixth Laois goal. An Eoin Dunne free cannoned off the post, and Owens latched on to the rebound, sold his man a beautiful dummy and slid home.

Wing-back Dean Brophy added another for the O’Moore men, as his long ball bounced over Tipperary keeper Brian Quirke.

Another St Joseph’s man, Mikie Dempsey, added a further two points, before O’Connor placed over the last two frees of the match for Tipperary.

Laois now move on to an away game against Carlow, where they’ll be hoping to continue their winning streak.