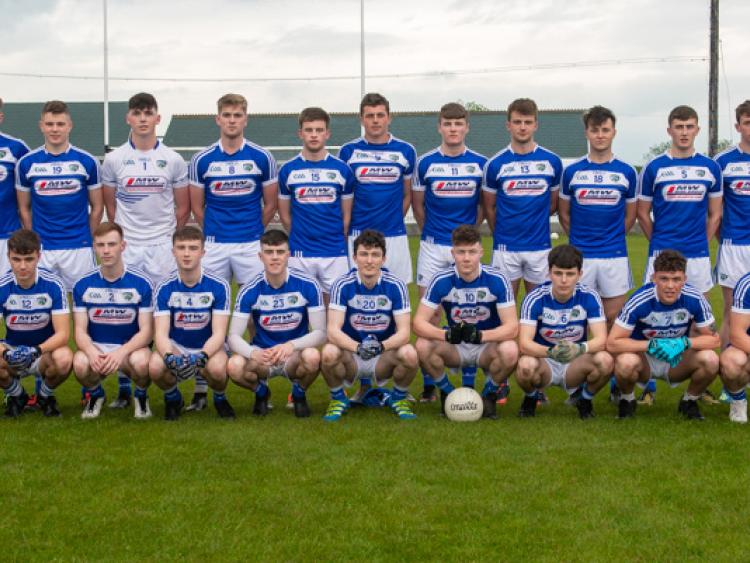 After dishing out big beatings to both Wexford and Tipperary in previous weeks, Billy O’Loughlin’s charges were given a small dose of reality after surviving a scare from a defensive but tough Carlow outfit at Dr Cullen Park this afternoon.

Aidan Lillis opened the scoring for Carlow as he beat Kevin Byrne and placed nicely over. Laois struggled to come to terms with the defensively organized Carlow men in the opening ten minutes.

Pauric Hynes kicked Carlow two clear from a placed ball, before Laois got on the scoreboard after Ronan Coffey played a one-two with Kevin Byrne, and gave it to Michael Doran to point.

Hynes put over a lovely score for Carlow from play, before Laois finally managed to find their groove. Mark Barry slotted over a free, and then put one over from play after taking in a Robert Tyrell pass.

A nice Ronan Coffey ball into Daniel McCormack allowed him to gather and offload to Jack Owens, who fired over.

Nice points from Diarmuid Whelan and Eoin Dunne followed, before Carlow returned to the score-sheet thanks to a Cian Doyle free.

However, following on from his hat-trick last week, Daniel McCormack hit the net again. Mark Barry went past his man, gave it to Doran, and when he passed across the square McCormack easily tapped home.

Carlow responded well with Hynes putting over a 45’ and a free, but Barry kicked a free to leave Laois 1-7 to 0-6 up at half-time.

Ben Dorgan opened the scoring for Carlow upon the restart after a nice ball by Hynes. Barry responded with a free for Laois, but Cian Doyle cancelled that out with a free down the other end.

A lovely ball from Laois’s Colin Slevin gave Michael Doran a bit of space, and he turned and placed over calmly.

Midfielder Robert Tyrell intercepted a lot of ball throughout for Laois, and one of his interceptions resulted in Doran getting another score on the counter-attack.

Mikey Bambrick replied for Carlow, but Laois extended the lead out to six. A long ball by Robert Tyrell was superbly caught by Diarmuid Whelan, and he made space to fire over. Doran put over another after a fine catch from Tyrell, but Carlow hit back after.

Jamie Lunney pointed for them, before a low finish for a goal from Cian Doyle left two in it.

Whelan replied with a pointed free, but a Mikey Bambrick point was followed by Carlow’s second goal. Hynes’s shot was saved by Niall Gorman, but Colin Byrne tapped in the rebound.

However, Laois showed character to grab the win. A Barry free was followed by a fine Eoin Dunne score from distance, and further points from Doran and Barry ensured the win.