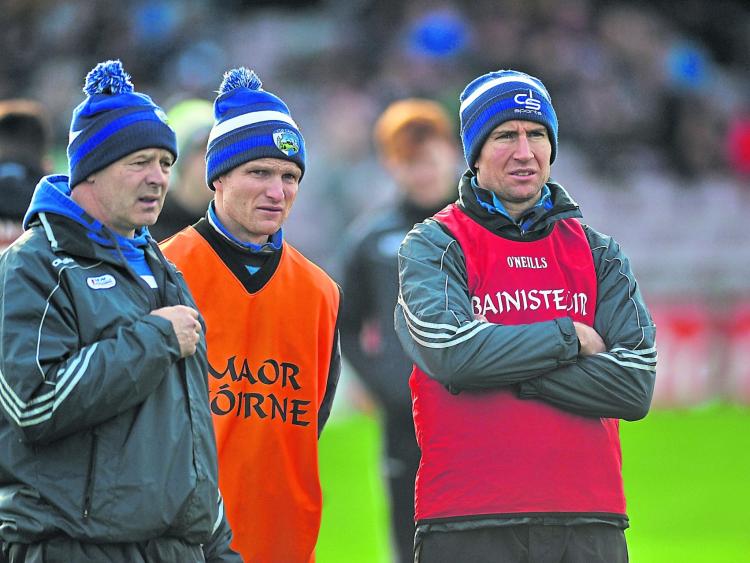 Laois manager Eddie Brennan wasn’t short of praise for his players after Saturday's Joe McDonagh Cup match against Kerry in Austin Stack Park, Tralee as his side sent five goals past the opposition to return from the Kingdom with a final to look forward to.

“I think it’s a proud day for all those players and their families and their clubs. This is the target we set for them at the start of the year.

“Did we open the door for Kerry a little bit? Yeah, we possibly did. They were always going to get a period in that match where they got that foothold.

“Definitely stuff there where you’d say I wouldn’t be happy with, but overall I’m very proud of the players.

“We’re going to Croke Park to play in front of a Leinster final in a Joe McDonagh final. We can’t rest on our laurels. Finals are for winning. You have to get your head around that and get ready. It’s a huge occasion to be part of.”

Laois enjoyed a decent first half, but it was the second half where they dominated.

“We got a great start and we just eased off a fraction. I’d be disappointed with the goal. That goal was the lifeline, but all in all as the match wore on we still had that cushion.

“To have that cushion of two goals was massive, and then after half-time we came out and actually performed like I know we can perform. They just blew Kerry away in that period. We coughed up the first two points, and then we responded with 1-1 and 1-2.”

Laois’s full-back line tightened up after the break, and that proved vital.

“When there’s space like that, it’s tricky. You don’t know whether to stay or go and you’re conscious of what’s happening. I mean, they played with their forwards moving a hell of a lot. Like our backs found themselves marking different men. Just the communication of that was probably getting us a little bit.

“Then we really knuckled down in the second half. We closed up on all that space. We created space up the field, and the boys started moving and carrying the ball with purpose.”

Neil Foyle had endured a difficult year beforehand, but everything he touched turned to gold against Kerry.

“Foyler’s coming back from a big operation last October/November, and maybe people forget that too. It’s a long road back from major surgery like that.

“We lost two very important fellas for us today, but two other guys jumped at the opportunity and both of them made an impact. It’s probably about having the strength in your panel to deal with that. We brought on five subs today, and every one of them made a contribution.

“We brought on five subs in every single match and we’ll probably continue to do that because it’s a panel game. The fifteen to start are equally as important as the fifteen we’re bringing home.

“It’s the way we want it, it’s good that we have a good competition for places within our panel and that should crank up in a big way now.”