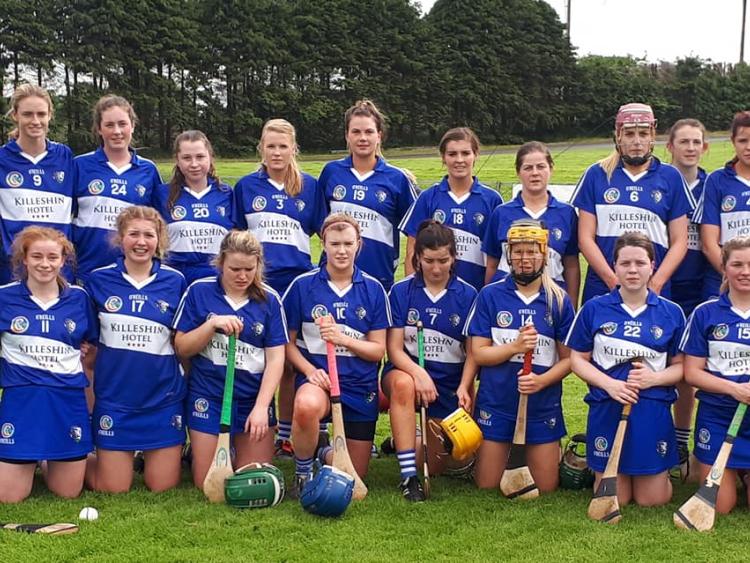 The Laois Intermediate Camogie team got their Championship campaign off to a winning start with a successful trip North to take on Derry in Round 1.

From the moment Joyce Dunne’s third minute strike found the back of Niamh McQuillan’s net, Derry were chasing the game.

Derry huffed and puffed and eventually were level (0-9 to 1-6) after 40 minutes but Laois, who were full value for their win, always had a response and never fell behind.

A first minute Grainne McNichol free had Derry off the mark early on. Alison McEvoy’s first of her four points levelled the game but then in the third minute the game changed dramatically.

Megan Kerr lost Joyce Dunne and the Derry defence opened up in front of her eyes. After racing through, she shot to the roof of the net.

Janet McGuckin and Bróna Ní Chaiside battled well against an early Laois onslaught. By the sixth minute Derry had found their feet with Grainne McNicholl firing over the bar after taking a pass from her sister Mairead.

Mary Hegarty won a puck-out before passing to the lively Shauna Quinn who passed to Dervla O’Kane for a near finish and Derry appeared to have weathered the early storm.

But three McEvoy points inside five minutes had Laois back in control of the game, as they led by four points after 19 minutes.

Three Grainne McGoldrick frees kept Derry in touch but they needed a McQuillan save to deny Amy Loughman after Bróna Ní Chaiside mis-judged the flight of a dangerous high ball as Laois went in 1-5 to 0-6 ahead at the break. 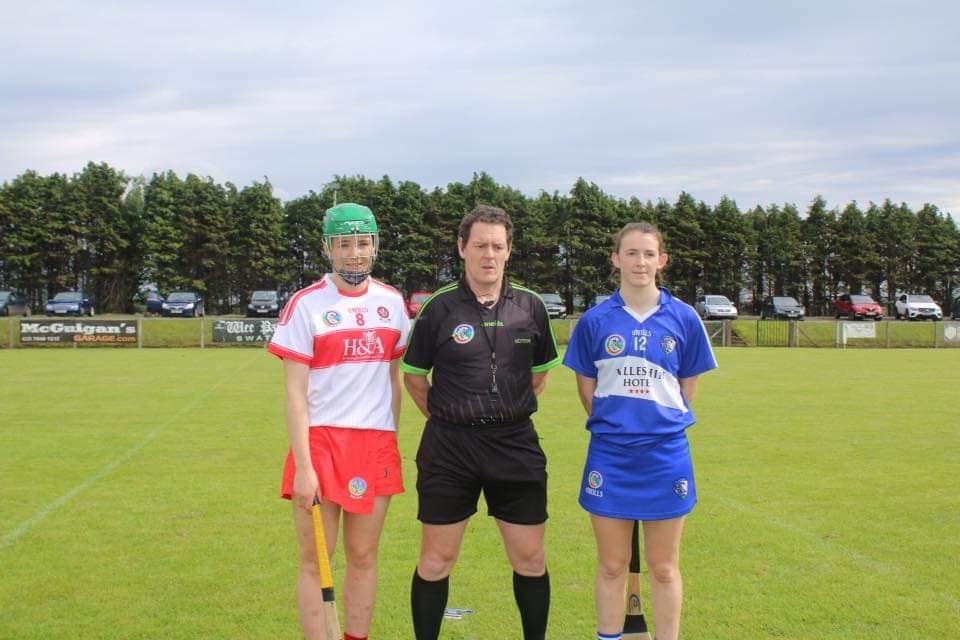 Laois sprung Kirsten Keenan at the break and she gave Derry a new challenge to content with, scoring three minutes after her introduction.

But an Aoife Quinn point and two McGoldrick placed balls had the sides level after 40 minutes. With 44 minutes on the clock Derry goalkeeper McQuillan made a brilliant diving save to deny Alice Walsh but Sarah-Ann Fitzpatrick stroked over the bar.

Fitzgerald and McGoldrick traded frees but Laois found their scores much easier to come by. The game then changed for the final time with two points inside a minute from Sheila Burke and a monster effort from centre-back Fitzgerald to open up a three point lead.

It was Jessie Quinlan point from right on the sideline who would have the last day with a spectacular insurance point.