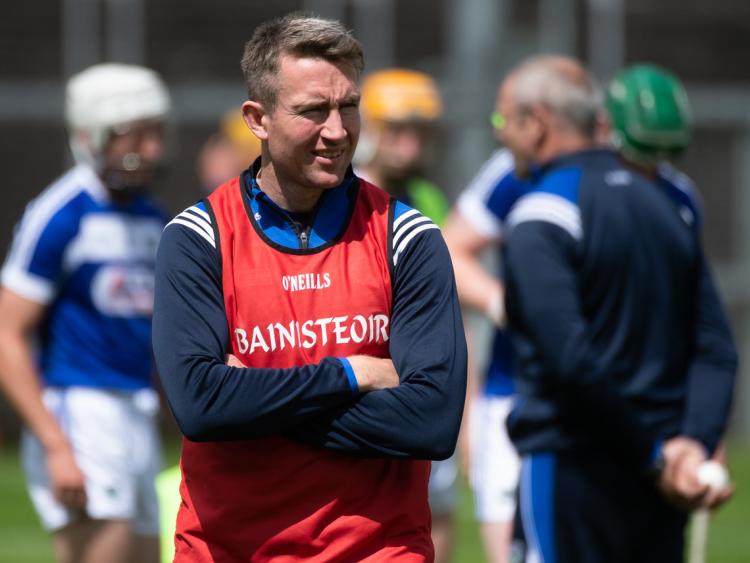 A new-look Laois side were certainly tested by Westmeath in their final group game at O’Moore Park on Saturday last. Laois went in five points down at the break, but battled back to rescue a draw by the final whistle.

“We were a bit sluggish, I mean it was a match of nothing in a sense but we certainly didn’t treat it that way and I wouldn’t have been happy with the way we applied ourselves in the first half,” said Brennan after the game.

“The ironic thing was when we did actually squeeze the accelerator a little bit we were able to cut them open but at the same time for me it’s all about habits.

“Westmeath came and they were battling hard as well and you could see both teams weren’t coming here just to fulfil a fixture so that was something that we had to address at half-time.

“I just felt in the first half there we just weren’t battling enough around our own half-forward line. That changed definitely.

Brennan made six changes from the team that defeated Kerry a week prior, but stressed that it shouldn’t have impacted their style of play.

“It comes back to habits again. The personnel will always change, that’s the very nature of team sport. But the standards and what you set up as and how you apply yourselves has to be the same.

“That was something that I would have been a small bit disappointed with in the first half. That can never change.

“The philosophy of the team has to be consistent the whole time and it has to be constantly there, so on that side of it we have that to work on.

“We had to give a few lads a bit of game time today to see what was in them and it was a good test in that regard.”

Laois were guilty of missed chances and unforced errors, particularly in the opening half:

“There’s a lot of stuff we’ll have to look at. Again, I don’t know whether it was just the occasion or whatever.

“Look everyday I think your review has to be that you look at what we did well and then the work-ons. There’s always work-ons. Those are things you’re going to have to get your percentages right down for the next day, there’s no doubt about it.

“There was a good trust to that, but it’s nowhere near what it’s going to be in two weeks time.”

Saturday’s game was merely a warm-up for the final, Brennan knows neither side will have shown their full-hand ahead of their meeting at Croke Park.

“I think in terms of intensity you’re going to see a complete different match. I think while both teams didn’t stand back from it today, I still think there’s obviously more because you’re playing for a huge prize in two weeks time.

“And for me the big thing I would look at and I know from experience carries teams very, very well is that Westmeath have the added chip on their shoulder of being beaten in a final last year.