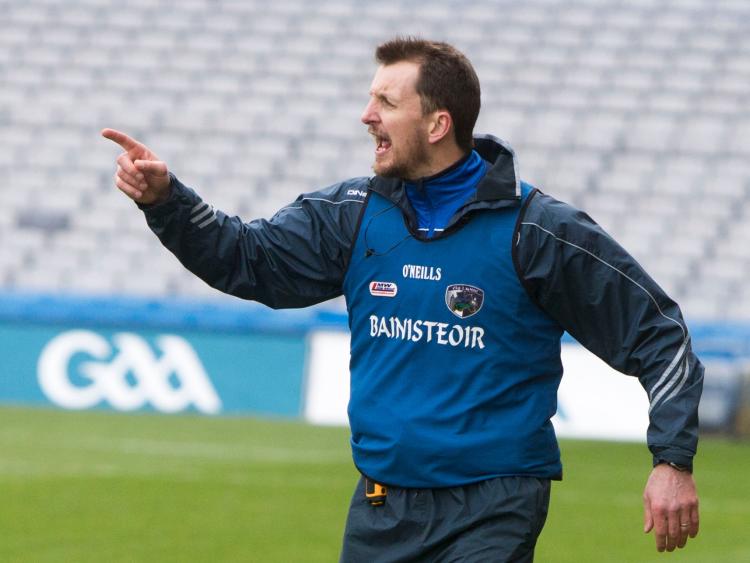 The Laois senior footballers emerged from Owenbeg with a victory under their belts, defeating Derry by four points to secure passage to the next round of the Qualifiers.

There was a contrast in appearance on Laois manager John Sugrue’s face post-Derry compared to the Meath game two weeks ago.

"We had chances to kind of put a bit of daylight between the teams at the start of the second half. Their focus was quite good in the second half, but we certainly do need to be a little bit more clinical under the crossbar as well as over it", said Sugrue.

Full-back Denis Booth was subbed at half-time and the Laois manager explained why:

"Dinny set the temperature in that game for us. He was, without a shadow of a doubt, the one fella in the first half who lifted the temperature with his physicality. He just got a yellow card and unfortunately, playing against the wind, we couldn’t take the going down to fourteen."

Sugrue’s substitutions worked wonders all over the field, each making their own impact on the game.

"Sean Byrne came in there and looked at home, but he’s looked at home in the last couple of weeks. He’s had a good run of training. He’s bided his time and he’s waited long enough, and you can see he’s keen on playing.

"Eoin (Buggie) has been unlucky with injuries here and there, and again like Eoin has started to come into his own. Sean O’Flynn stepped in there at the finish. Sean has had his exams and to some degree, in the last day against Meath, we looked for too much from him starting him. So, Sean will come again and with great energy now he gets a rest after them exams.

Graiguecullen's Daniel O’Reilly was the undisputed man of the match against Derry, running himself into the ground for the duration.

"Yeah, ‘Dicey’, he’s our Ethiopian from Graiguecullen! Dicey’s worked really hard and it’s great to see the chap moving like he has been in the last couple of weeks because last year he had to bide his time. That’s frustrating for a young man with a lot of energy, so great to see him burning through a good bit of it."

He also gave an injury update on Mark Timmons and Colm Begley, both of whom missed their last two games against Meath and Derry respectively.

"Colm has tried it during the week and just wasn’t fully comfortable on it. We’ve got to assess that and see how we go. Timmo’s break was significant at the time. We’ve got to maybe just take a look again, but if he can get back into a little bit of training then who knows."

Laois go into the pot for Monday morning's draw before they will learn their next opposition.