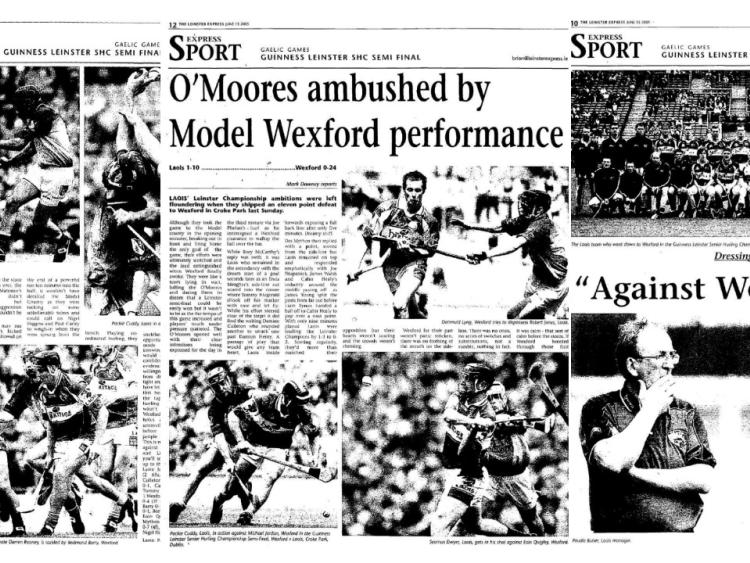 The Joe McDonagh Cup final takes place this Sunday when the Laois senior hurlers make the trip up the M50 to Croke Park.

Sunday's outing in GAA HQ will be the Laois hurlers first appearance since 2005, and we had a dig through our archives to mark the occasion.

Laois met Wexford in the Guinness Leinster SHC semi-final where Laois ultimately fell to the Yellowbellies by seven points. An early goal from Damien Culleton had Laois in the ascendancy five minutes in, but Wexford roared back to rattle off a string of points to go in 0-15 to 1-4 ahead by the break. 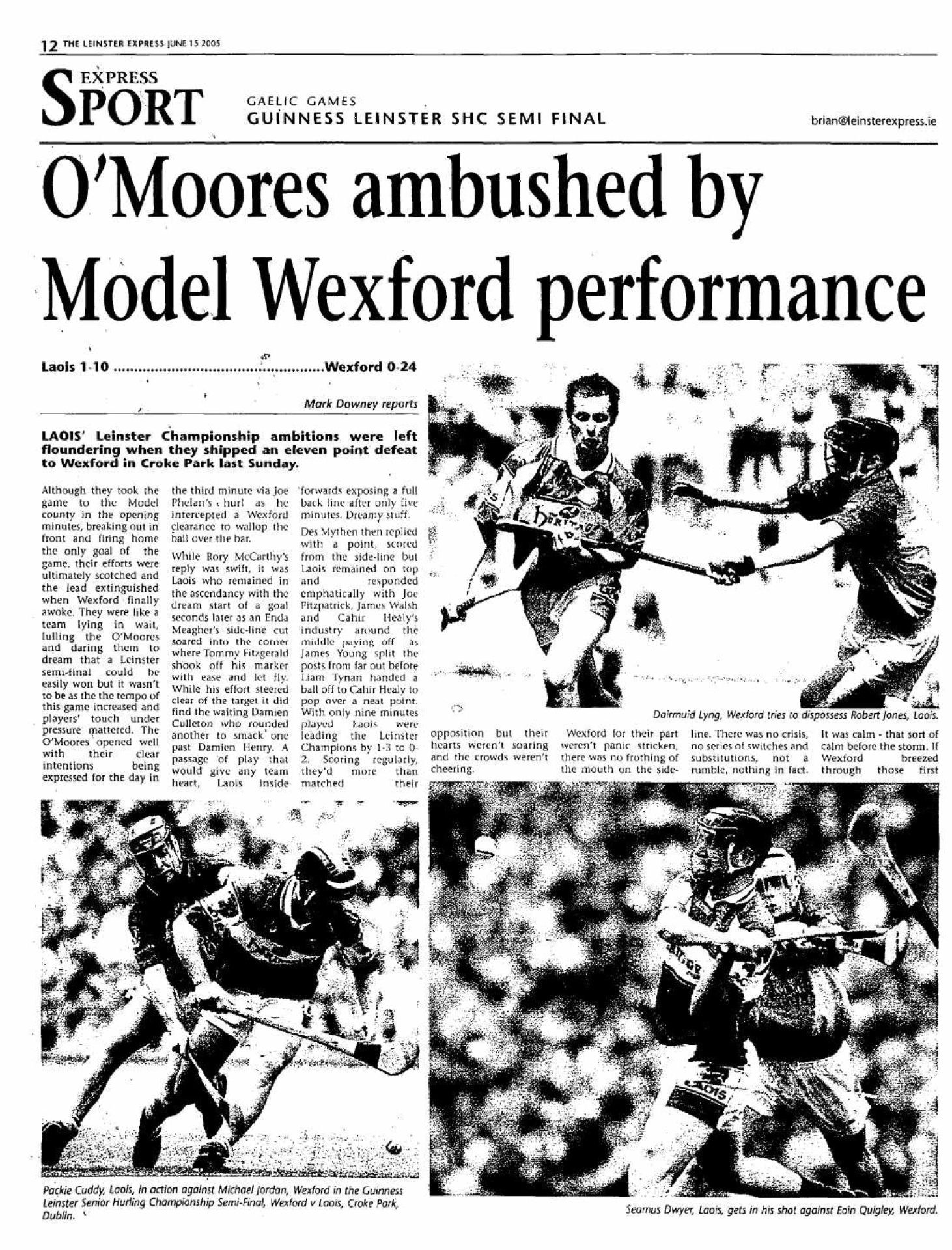 Laois were unable to overturn the deficit in the second-half and Wexford powered home to secure a seven point victory, 1-10 to 0-24. They went on to contest the Leinster final against Kilkenny, losing out narrowly by three points - current Laois manager Eddie Brennan featuring for the Cats, firing a brace on the day as Kilkenny ran out 0-22 to 1-16 victors. 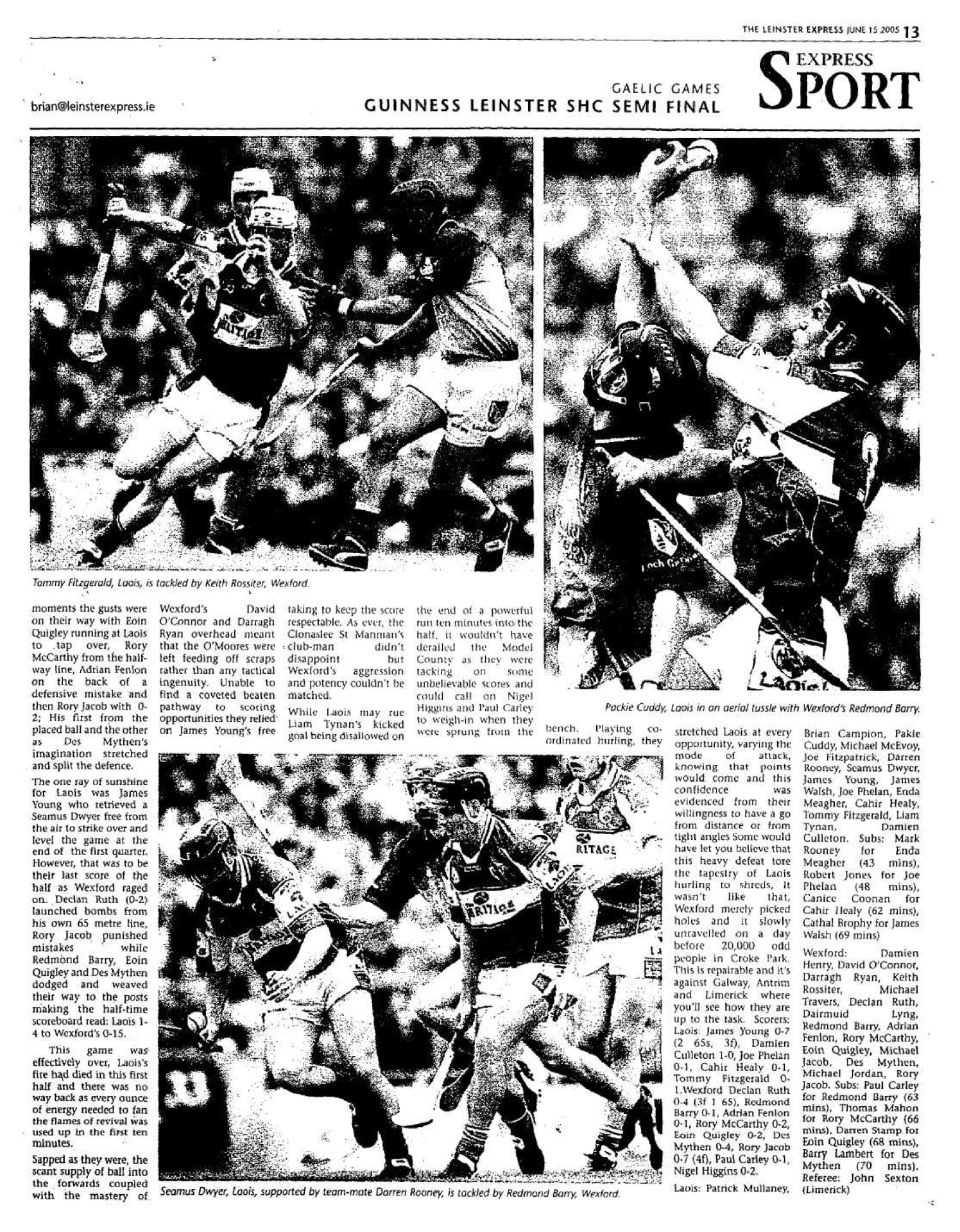 The Laois team had some stalwarts amongst the ranks, including current selector Tommy Fitzgerald. Sharpshooter James Young led the line with ten points for the O'Moore men in a season he finished as the second-highest scorer in the Championship behind only Galway's Ger Farragher in a year they lost the All-Ireland final to Cork. 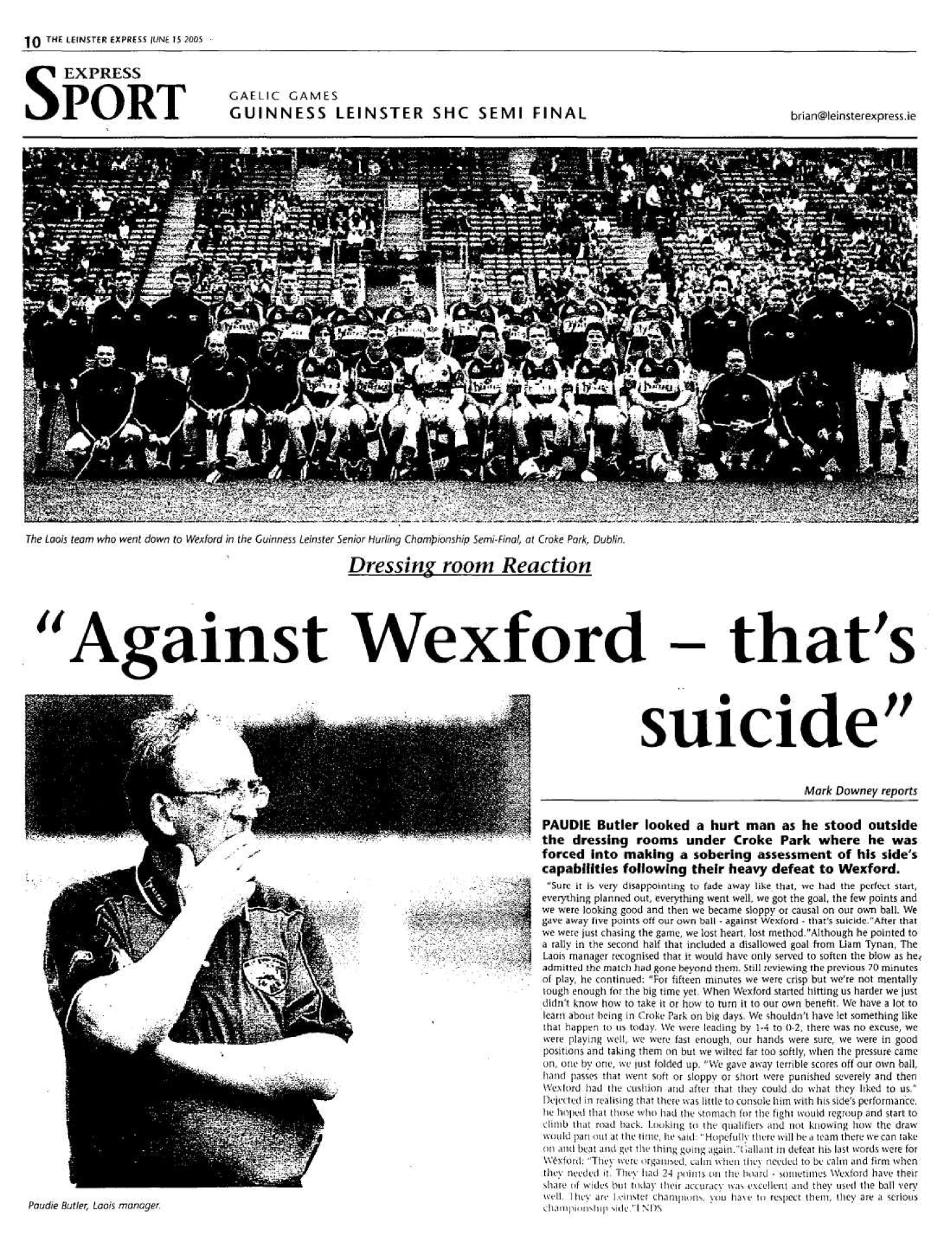 Paddy Mullaney was between the posts for Paudie Butler's side with Packie Cuddy and Darren Rooney forming the spine of the Laois defence. Ballinakill's James Walsh partnered Young at midfield, while a young Cahir Healy lined out at wing-forward.