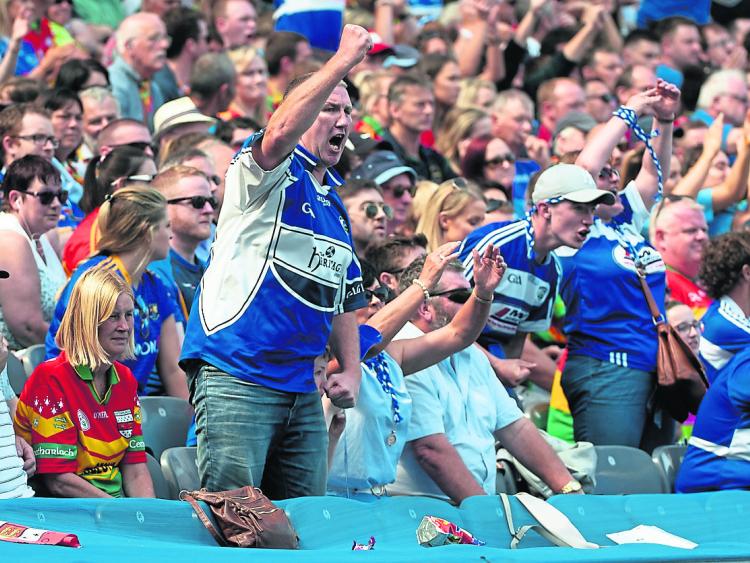 The Tier 2 championships will give Gaelic Football supporters in Laois and other counties something to ponder.

The GAA says its Ard Chomhairle has unanimously agreed two proposals for the two-tier All-Ireland senior Gaelic football championship which could begin next year.

The GAA plans focus on how a Tier 2 competition would work. It has set out two proposals.

It says Proposal A will feature the Provincial Championships as present with the current four rounds of All-Ireland Qualifiers reducing to two rounds and open to teams from Allianz Divisions 1 and 2 and any Allianz Division 3 and 4 teams who qualify for their Provincial Finals.

The Tier 2 Championship format of Proposal A is a straight knock out competition for 16 teams from across Divisions 3 and 4 that do not make their Provincial Finals.

"There is the possibility for the competition to be organised on a geographical basis – northern and southern conferences for first round ties, quarter-finals and semi-finals to ensure less travel for teams and supporters, while also retaining local rivalries," said a statement.

The GAA says the semi-finals would be the only senior inter-county GAA events on their respective weekend – barring a major replay.

Ard Chomhairle has this morning unanimously agreed to send forward two separate proposals on the formation of a Tier 2 All-Ireland senior football championship out to the wider membership for discussion.

The association says Proposal B is similar to the above and also features Division 3 and 4 teams that do not reach a Provincial Final entering a new Tier 2 championship.

"A key difference is that in the event that a Division 3 or 4 team do reach a Provincial Final, to make up 16 teams in Tier 2 their place in Tier 2 would be taken by the lowest ranked Division 2 team from that year’s Allianz league," says the GAA.

The format for the Tier 2 Championship in Proposal B features an initial round of games which then creates a winners’ group and a losers’ group and so offers beaten counties a way of playing their way back into contention.

Proposal B would be played out on the following lines:

The GAA says an additional prize for the winner of the final under both proposals would be a place reserved in the following year’s All-Ireland Sam Maguire Championship, irrespective of their league position.

The proposals will now be sent to counties for discussion with a final wording on the proposals to be agreed at a meeting of Ard Chomhairle in September.

A decision on the proposals will be taken at a Special Congress which will be staged at Páirc Uí Chaoimh Cork on October 19, with a view to implementation in time for the 2020 Championship summer.

GAA Ard Chomhairle has decided to condense the schedule for the AIB All-Ireland club senior championships and move the senior finals next year from March 17 to a new date in January.