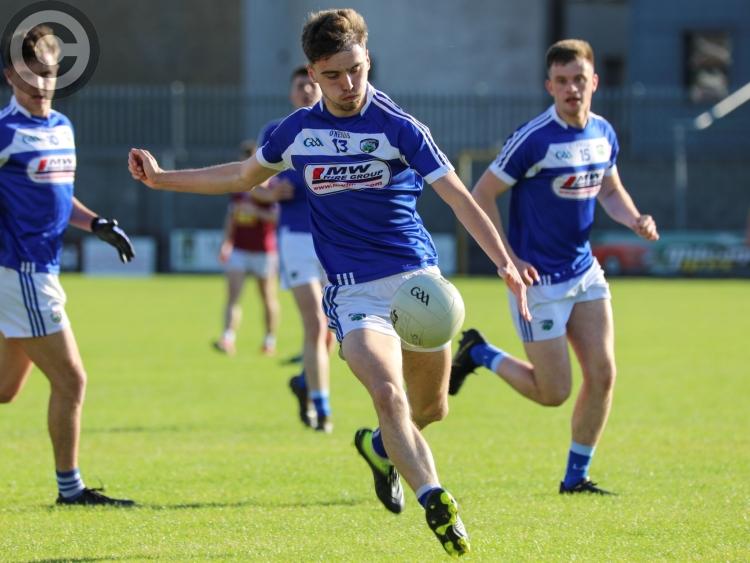 The Laois U-20 footballers have booked their place in the Leinster semi-finals after a dramatic extra-time victory over Westmeath in TEG Cusack Park tonight, captain Diarmuid Whelan kicking eight points on route as well as a 1-2 haul in the final minutes from Dan McCormack swinging the tie in favour of Billy O'Loughlin's side.

The sides went in level at half-time with the opening goal of the game going to Laois' Michael Doran after good work from Dan McCormack, but Westmeath pulled five points ahead in the middle third of the game. Laois battled back in the final minutes of normal time with points from captain Diarmuid Whelan, substitute Jack Owens and a free from Alan Kinsella right at the end of sixty-minutes.

Six minutes of injury-time followed, but the sides remained stalemate at 1-12 to 0-15 to send the game to extra-time. Laois took the lead in the opening half of extra-time with Whelan rattling off four points to bring his tally to eight for the evening before full-forward Dan McCormack bagged a crucial goal right before half-time.

McCormack brought his haul to 1-2 with a brace of points directly after the restart, quickly followed by an Alan Kinsella point to see Laois go eight points clear. Westmeath reduced the deficit by two, but Laois held on to secure their place in the semi-final.

Laois will go on to play Meath in the semi-final after they defeated Offaly tonight by 1-12 to 0-12 in Navan.