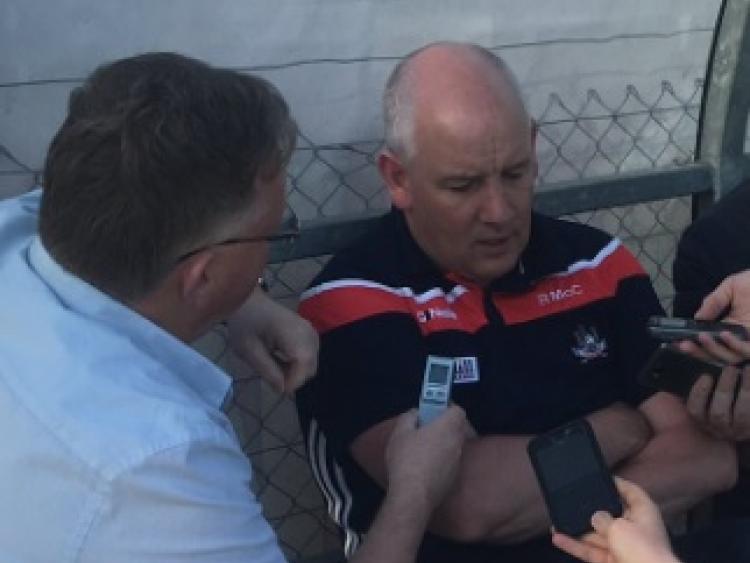 The Cork GAA senior football manager hopes a challenge game played against Laois earlier this year will help him to plot his side in the All-Ireland qualifier this weekend.

The Rebels also managed to see first hand's Laois latest victory, with two senior members of the backroom squad dispatched to Portlaoise to see the win over Offaly.

A member of the backroom team, which almost managed to pull off a shock against Kerry, believes Cork will not fall into any trap of underestimating Laois just because they are not Kerry.

Speaking to reporters in Cork at a pre-game media night Ronan McCarthy spoke about a challenge game over the May Bank Holiday weekend at Páirc Uí Rinn. Cork narrowly winning a high-scoring game.

“It was a real competitive game with nothing between the teams and I expect it will be the same again on Saturday. We had a fairly strong team though it was a time of year where players were sitting exams.

“A lot of them would have started against Kerry and I think Laois also had a lot of their main players.

“Naturally, it's a help to both sides that we played each other and we'll attempt to use what we learned about Laois in Thurles,” said McCarthy in a report in Cork's Evening Echo newspaper.

McCarty said he was looking forward to the game.

“I think it's a very attractive game because Laois will believe they can win as we also believe we can win,” McCarthy commented.

The Echo also reported the views of one of Cork's selectors.

“It’s huge. No doubt. There is no point in saying otherwise. It’s huge for the right reasons,” agreed selector Seán Hayes at the press briefing.

As for Laois Cork appear to have done their homework. Hayes and fellow selector Eddie Kirwan, were at the Laois Offaly game in O'Moore Park.

"They were in trouble at half time on Saturday and changed it around and came out a different team.

“Laois are now Division 2 and we’re Division 3, so you could say we’re going in opposite directions, but because we’re Cork we’re favourites.

“I don’t think our players can understand being favourites, because that’s not where we’ve been at in the last few years.

“If we think it’ll be easy because Laois don’t have the same reputation as Kerry, then we’re going to regret it. I don’t believe this group will fall into that trap,” he said

The Cork squad can draw upon the experience of Jason Ryan the former Wexford and Kildare manager who is now part of the Cork backroom set up. He is sure to have some knowledge about Laois from his team in the Leinster Championship.