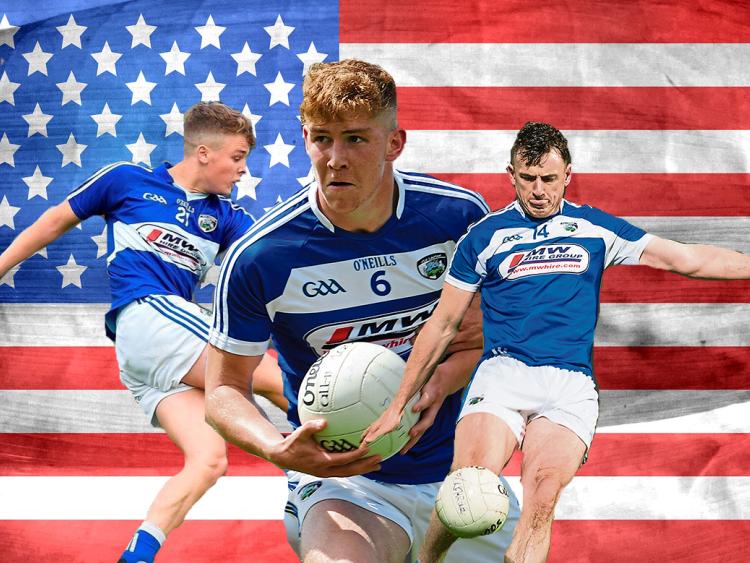 Summer is here and for the first time in quite some time, both the Laois hurlers and footballers are still in the race for both the Liam McCarthy and Sam Maguire.

Usually at this time of year there is an exodus of players from the county that head stateside on J1 visas looking for an experience while getting to play a bit of GAA too.

July 1st marked the deadline for transfers to the USA, and there is a strong Laois representation set to ply their trade across the Atlantic Sea.

Sixteen players from eleven Laois clubs have had their transfers approved. Portlaoise are set to be hit the hardest with four players making the switch for the summer, while Killeshin follow with three - the nine other clubs losing one player apiece.

Quite a few of these players have represented Laois at underage levels, but the most notable names included are that of former Laois forward Gary Walsh, Portlaoise's Benny Carroll who surprisingly dropped off John Sugrue's Laois panel after the League campaign, and former Laois senior hurler Sean Downey from Ballinakill.

Ballylinan's Gary Walsh is the most high-profile name on the list. Last year he was involved with John Sugrue's Laois team that claimed the Division 4 league title before reaching the Leinster final, Walsh was Laois' top-scorer across their league campaign with 4-41 but missed out on the decider against Carlow for a controversial tweet about the Belfast rape trial. He returned to the fold afterwards, but failed to nail down his place thereafter. He played an O'Byrne Cup game for Laois at the start of 2019, but was then axed from the panel.

This summer is set to be a big one for GAA Championships in the US with a host of high profile names such as Shane Carthy, Ray Connellan, Colm Basquel, Mark Bradley and Barry John Keane.

Full list of Laois GAA players transferred to America for the summer: