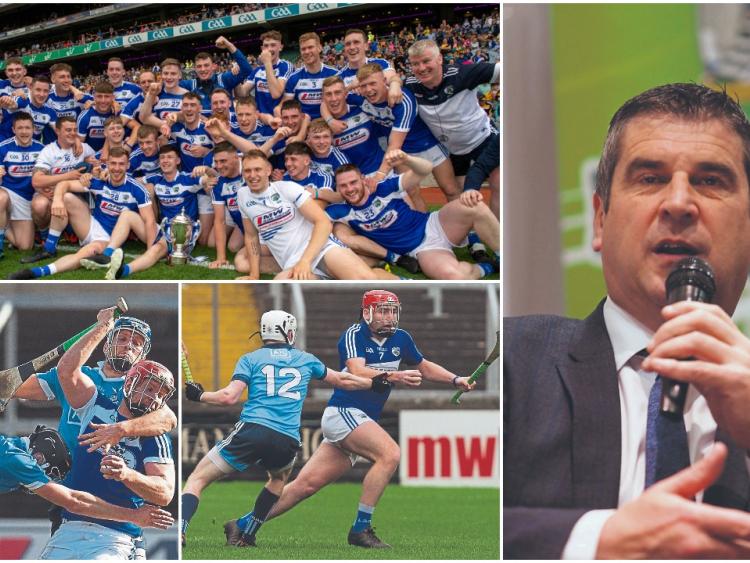 GAA pundit and Offaly legend Michael Duignan has made his predictions ahead of the All-Ireland preliminary quarter-finals this weekend.

In his latest piece for RTÉ, the hurling analyst has written off Eddie Brennan's side ahead of Sunday's clash against Dublin in O'Moore Park.

Laois came through Division 1B to finish fourth, bowing out at the quarter-final stage to the reigning All-Ireland champions Limerick by seventeen points in O'Moore Park. The Joe McDonagh Cup was next up for Brennan's charges and they successfully came through all four group games against Offaly, Antrim, Kerry and Westmeath unbeaten for accounting for the Lake County again in the finale last weekend.

Duignan starts off my stating that Laois deserved their success and the celebrations that followed, as well as a word about the profile of the Joe McDonagh Cup:

"First of all it's not ideal for Laois and Westmeath to be out again so so soon after the Joe McDonagh final. I'm sure Laois were celebrating after their win and they are entitled to celebrate.

"I would be pushing the GAA to have the Joe McDonagh final before the Leinster and Munster finals, live on tv - and also for the latter finals to be played over two days on the same weekend.

"The Joe McDonagh has produced some great hurling this year and it deserves a higher profile.

"Laois played some great hurling in the competition this year and they will give Dublin a thing or two to think about on their own patch by way of a very adept forward division."

But that's as good as it is to get for the O'Moore man according to Duignan.

"However, I have been impressed by Dublin's power and pace this year, in truth I underestimated them at the start of the year. They have had solid form right through the Leinster championship.

"With 15, 20 minutes to go, you'll see Dublin stretching away after a fair fight from Laois.

"The Dubs by six or seven in the end."

Laois will welcome Mattie Kenny's Dublin to O'Moore Park this Sunday (July 7) at 4.15pm in what is set to be another big day for Laois hurling.

Sunday afternoon in O Moore Park our Senior Hurlers take on @DubGAAOfficial in the Preliminary Quarter final. Eddie Brennan and his Management team has announced their starting team. Good luck to all. Let’s hear that cheer that will be so important to our laois men. #laoisabu19 pic.twitter.com/FP9xeQ97gq