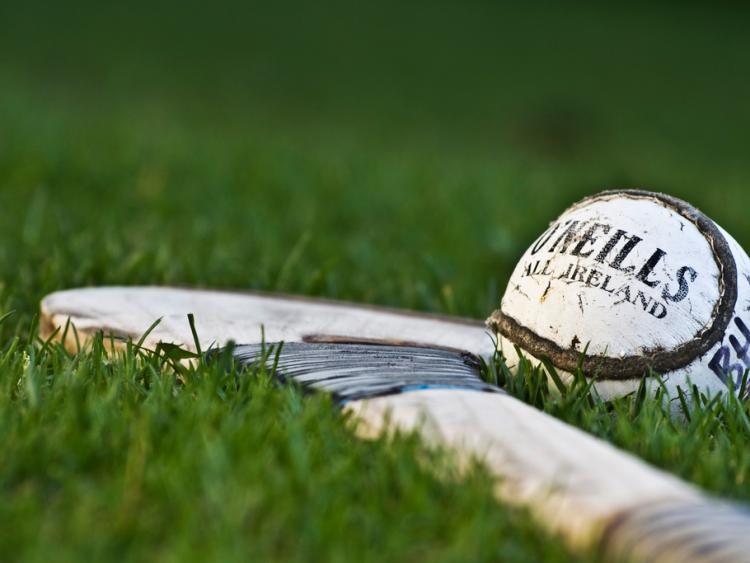 Abbeyleix set up a four-way hurling relegation playoff in ACHL Division 1 after claiming a deserved victory over The Harps in Durrow on Friday night.

It was a gun-to-tape victory for Abbeyleix, who were eight clear at one stage in the first half and withstood the best of what The Harps could throw at them in the second half. It now means that both of these sides, along with Castletown and Rosenallis, finish level on points and they must go through semi-finals to see who makes the drop.

It was a scrappy game for long spells but was lit up by a few moments of skill, the chief among them Daniel Coffey’s brilliant goal late in the first half. Eoghan Fennelly’s perfectly weighted sideline cut landed eight yards out from goal, and Coffey’s first-time overhead pull sent the ball flying to the net.

Eoghan Fennelly had given Abbeyleix a solid start in the game with a couple of points from placed balls, with Michael Lanigan responding in kind for The Harps. That set the tone for much of the first half, with points from placed balls making up the bulk of the scores as both teams managed just one point from play each in the opening 23 minutes.

Fennelly added another free to push Abbeyleix two ahead, before landing a fine point from play. Padraic Dunne landed one from play for The Harps in response, which was followed by an unusual score as Eoin Reilly’s booming, long-range free bounced 21 yards out and went over the bar.

Michael Lanigan then pointed a brace of frees with Eoghan Fennelly hitting back with three in a row, before Colm Walsh and Stephen Thompson added scores from play. Pat Walshe replied for The Harps before Coffey’s stunning goal, but another Lanigan free left Abbeyleix 1-10 to 0-6 ahead at the break.

The Harps underwent wholesale changes at the break, with only four of their starting 14 outfield players beginning the second half in the positions they started the game in.

All those switches made a difference as they were the better side on the restart, scoring the first three points of the half. Declan Phelan broke that run with a superb point from the right wing and the second half proved to be a much more evenly contested affair.

The Harps hit three of the next four points to leave just the goal between the teams and they were right in the mix now.

Abbeyleix were finding it harder to get scores now and when Eoghan Fennelly split the posts with a free in the 49th minute, it was a timely score. A Michael Lanigan free got the gap down to three, but The Harps couldn’t get any closer than that.

Abbeyleix hit two points to go five clear and that left The Harps with too much to do. They did have a chance of a late goal, but Michael Lanigan’s effort was deflected over the bar and Abbeyleix held on for a deserved win.