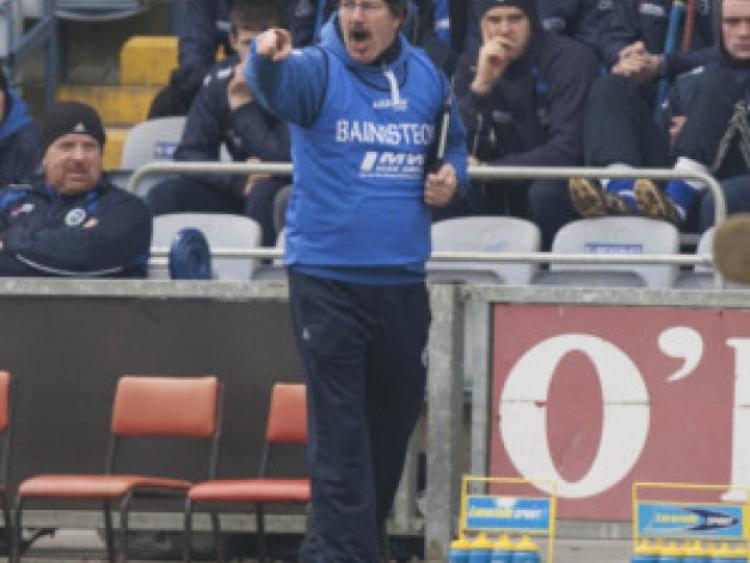 “EVERYBODY needs to be patient in terms of what we are trying to do but we are certainly on the right track. And the Westmeath match will be a good test of the progress we’ve made for the year,” was the assessment of Laois manager Seamus ‘Cheddar’ Plunkett after his charges fended off Wicklow and secured their place in the Allianz Hurling League Division 2A Final against Westmeath on April 14.

“EVERYBODY needs to be patient in terms of what we are trying to do but we are certainly on the right track. And the Westmeath match will be a good test of the progress we’ve made for the year,” was the assessment of Laois manager Seamus ‘Cheddar’ Plunkett after his charges fended off Wicklow and secured their place in the Allianz Hurling League Division 2A Final against Westmeath on April 14.

He was frank and honest about his side’s performance on Sunday at O’Moore Park where players struggled to control and rise the sliotar on bare and bumpy areas of the surface.

‘Cheddar’ agreed that Laois made life more difficult for them-selves than it really should have been. “It was a tough game. We probably made it tougher on ourselves. We’d a lot of possession in the first half and didn’t convert it into the scores that we wanted and we just had to dig out a result in the second half.

“Listen, we knew coming in here, Wicklow had something to play for. They were trying to stave off relegation and we knew it was going to be a hard battle and we were prepared for that. If we’d more scores on the board in the first half maybe it might have been a bit easier for ourselves in the second half.”

As Laois prepare for the final, Wicklow meet Kildare in a relegation play-off. Reflecting on the second half he said, “In fairness there was a strong breeze there and Wicklow fought hard to get back into the game as well and certainly if they had a got a goal coming down the straight in the last ten or fifteen minutes they would have made it very difficult for us.

Having lost to Westmeath earlier in the campaign, it was suggested that Laois have a huge incentive to gain revenge this time around but ‘Cheddar’ didn’t agree and said achieving promotion was the goal.

“The incentive is not necessarily to beat Westmeath but just to win the Division 2 final. This is what we wanted all year. We want to get into Division 1B and to get there we’ve to win Division 2. We are taking on a team that has the very same aspirations as us.

“Westmeath lost the league final last year. I was actually down at the game in Kilkenny. They were probably disappointed with their own performance and it would be very disappointing for them if they were to lose two finals in a row so it is pretty obvious they are going to make a massive effort at this and so are we. We’re looking forward to it. It is hard to know ourselves where we are. We seem to play some really good hurling one day and flat-line a bit the next.”

He praised Eoin Reilly for his important saves but contended that even if Laois conceded a goal they would have possessed the where with all to hang on for victory.