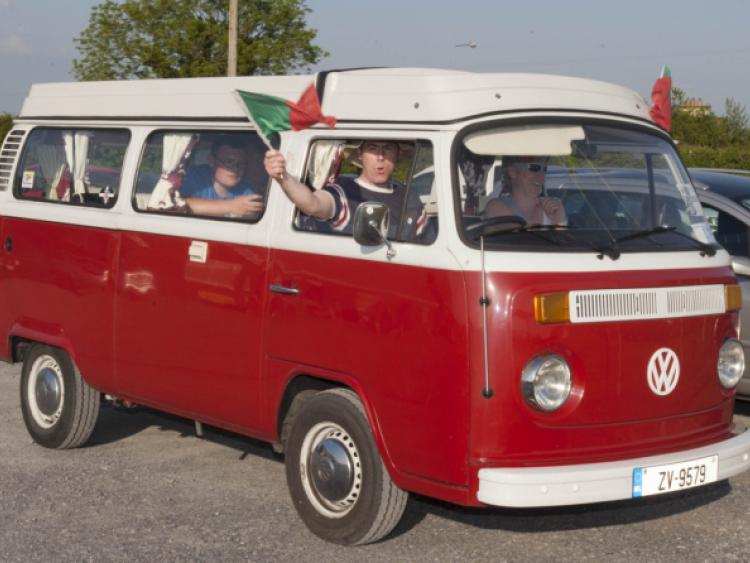 Graiguecullen claimed the first footballing silverware of the Laois GAA season, as they had too much for Arles-Killeen in the belated Kelly Cup final.

Graiguecullen claimed the first footballing silverware of the Laois GAA season, as they had too much for Arles-Killeen in the belated Kelly Cup final.

There could hardly have been a more perfect evening for football when these teams met on Saturday at the pristine surroundings in Crettyard. While the situations were idyllic, they only proved to be inspirational for one of the teams, as Graiguecullen claimed a deserved ten point win.

Arles-Killeen, on a remarkable run of nine competitive games won in a row coming into this final, failed to hit the heights their previous form suggested they were capable of. They really struggled to create anything as an attacking threat, but credit must go to Graiguecullen, who came with a game plan and knew how to frustrate Arles-Killeen.

It wasn’t until the fifth minute of the game that a score was registered, from the unlikely source of Shane Julian, who played a one-two with Paul Kingston before slotting over the bar. Another five minutes would pass before Graiguecullen got their first score, but the came into the game with a bang when they did find a route to goal.

Mark Doogue fired over on the turn in the tenth minute, and from the resulting kickout, Mark Timmons won the ball and ran 50 yards before firing past Mick Leigh. Two minutes later, Danny Alsybury raced through on goal and was pulled down in the penalty area to win a penalty. Colm Doran took it, and although Mick Leigh managed to make the save, the ball rebounded to Doran who finished at the second attempt.

Both teams managed just one more point before half time, with Donie Kingston tapping over a free and Ian Fleming responding from play.

The second half was equally slow to get going, with Mark Doogue pointing twice in the opening 15 minutes. Donie Kingston hit back with a free but Arles-Killeen were really struggling to get any type of flow to their game, and Graiguecullen wrapped things up in the last ten minutes.

Danny Alsybury fired over two quick-fire points before a long ball into Ian Fleming allowed him to race clear and score Graigue’s third goal. Arles-Killeen managed one late riposte, a wonderful goal of their own from Paul Kingston, but it was too little too late at that stage.