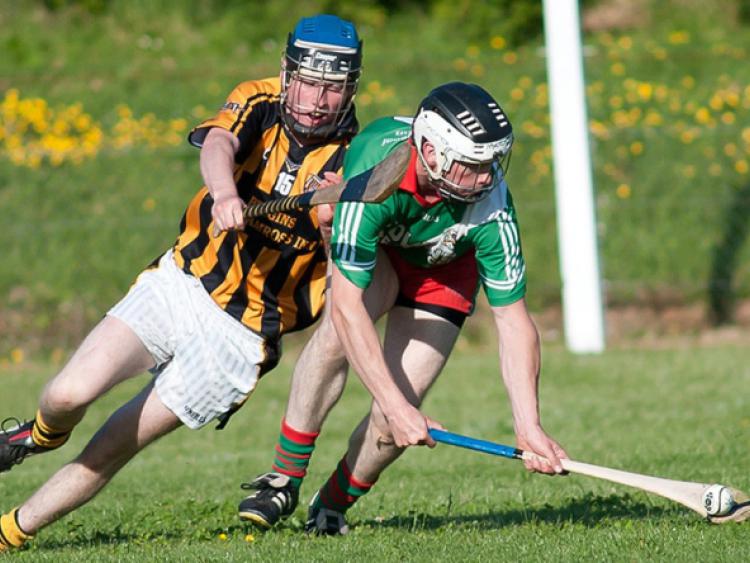 Despite conceeding three goals, Borris-Kilcotton got back to winning ways and moved up to a share of second place in the table with a deserved win over Camross.

Despite conceeding three goals, Borris-Kilcotton got back to winning ways and moved up to a share of second place in the table with a deserved win over Camross.

In a fast paced game played in glorious sunshine on Saturday evening in Camross, Ciara Comerford lead the way for Borris-Kilcotton finishing the game with 1-10. Trailing by six points at the break, the home side battled bravely in the second-half and two goals from Dean Delaney kept them in contention but Borris-Kilcotton kept the scoreboard ticking over to seal their win.

Playing with the breeze, Borris-Kilcotton made the stronger start and were ahead by 0-7 to 0-3 after 18 minutes thanks to four points from Ciaran Comerford, one from Robert Jones and two spectacular long range efforts from Patrick Whelan.

Camross kept in touch with points from Thomas Burke, James Doran and Murty Delaney and Delaney found the target again after 25 minutes to leave just a score between the sides. They should have been closer but they hit eight first-half wides.

With 26 minutes on the clock Borris-Kilcotton blasted six points clear when Comerford drilled a 21 metre free to the back of the net. It was his third attempt from that range with one being blocked and another piledriver cannoning away off the bottom of the crossbar.

Points followed from Comerford, Danny Fitzpatrick and Robert Jones but Camross cut the gap when Thomas Burke put Murty Delaney through and he made no mistake with his finish to leave his side trailing by 1-4 to 1-10 at the break.

That deficit was halved straight after the restart with Burke again the provider with Dean Delaney providing the finish to the back of the net.

It was nip and tuck for the next ten minutes with the sides exchanging scores but Borris-Kilcotton began to pull away with Ciaran Comerford and Patrick Whelan leading the way as they built a 1-17 to 2-8 lead midway through the half.

Dean Delaney and Thomas Burke were keeping Camross within striking distance and Delaney was unlucky not to score his second goal when his low strike from a 21 metre free was saved on the line. At the other end a free from all of 90 metres from Comerford and a fine score from Danny Fitzpatrick put Borris-Kilcotton eight points clear.

To their credit Camross never threw in the towel and when Dean Delaney added his second goal from a well struck free, they were given a glimmer of hope. Ciaran Comerford brought his personal total to 1-10 with Borris-Kilcotton’s last score five minutes from time and while Ollie Dowling and Matthew Collier added late points for Camross, it was too late to change the outcome of the game.