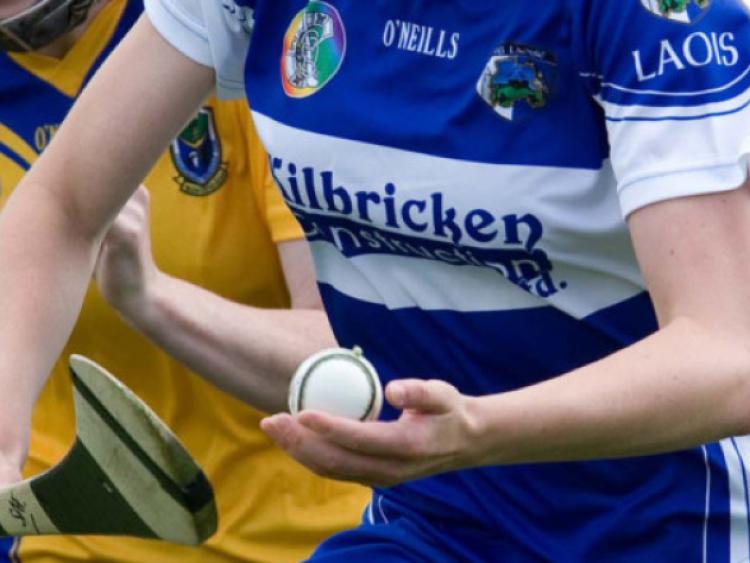 Laois made it two wins from two in the league with a nine point win over Armagh in Keady at the weekend.

Laois made it two wins from two in the league with a nine point win over Armagh in Keady at the weekend.

Laois were defeated by Armagh when these two sides met in the Championship last year and they were aiming to both reverse that result and continue their winning ways of 2013. Armagh got off to the better start with five points from placed balls in the first half, while Laois free taker Louise Mahony scored one point from a free and Eimear Delaney scored a point from play.

Armagh pulled further ahead when they scored a goal on Laura Dunne from a well worked passage of play. Laura had another excellent match and helped to keep Laois in the game throughout.

At that stage of the game Laois were trailing by six points but they were right back in it when Olga Parkinson laid off a pass to Yvonne O’Neill who showed great determination to find the net.

Niamh Dollard and Louise Mahony added points putting Laois in front for the fist time since throw in. Laois were controlling the game at this point as Olga Parkinson and Rosemary Bermingham set up an attack which led to Síle Burke scoring a lovely goal to put them 2-5 to 1-4 ahead at the break.

Armagh hit back with two points early in the second half but that would bring an end to their scoring as the Laois defence shut them out for the remainder of the game.

Louise Mahony (3), Olga Parkinson and Rosemary Bermingham all scored for Laois as they started to pull away. Laois stretched the lead further with a point from a free scored by Louise Mahony and Sarah Anne Fitzgerald got a nice point from play.

The Laois side finished well and were delighted to come out well on top in the end, maintaining their winning ways in the National League.