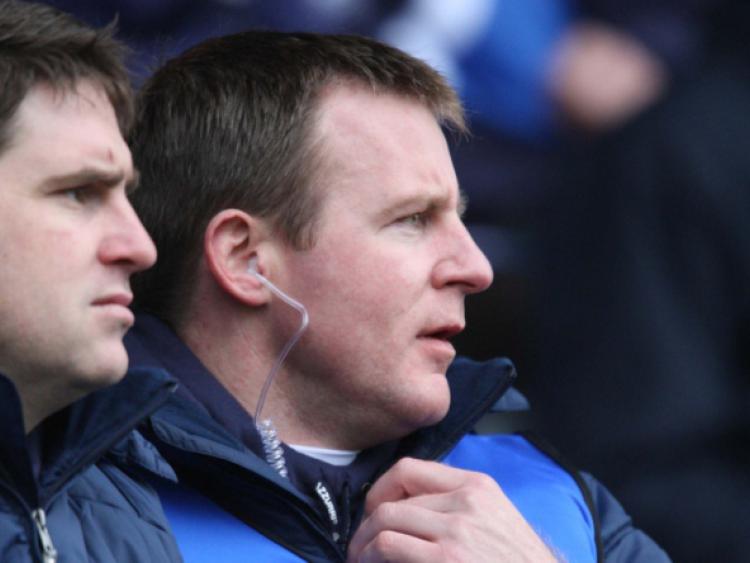 Justin McNulty’s time is up as Laois manager, and here we look back on his tenure in quotes.

Justin McNulty’s time is up as Laois manager, and here we look back on his tenure in quotes.

- Justin McNulty after his appointment in August 2010

“I’m going to demand ultimate discipline and dedication, and if guys are not willing to give that at county level they shouldn’t be playing county football, because that’s what it takes to be successful. Anything below that level won’t be good enough.”

“The O’Byrne Cup is about trying players and seeing how different players get on in different positions. It was a very experimental team for Laois, and for Wicklow, and they came out the better today, and there is no real significance to today’s result.”

- McNulty’s reaction after his first competitive game in charge against Wicklow ended in defeat.

“It certainly wasn’t a great performance by any manner of means, the team individually and collectively are probably not happy with the way we performed. But still it’s positive to be able to eke out results when you’re not doing well. It‘s a sign of a good team when you can play poorly and still win so you know, we will take that.”

“Along with my management team I will set out to ensure that the Team is the star and the talent valued above all else is the skill of work and effort, on behalf of the team.”

“Championship-winning teams are always built around defence and I will never change my views on that and that’s the way it will be. You have to protect your backs first and foremost and once your house is safe, you work offensively.”

- McNulty set his stall out in the opening league game, a win over Meath, and would hold firm to that belief throughout his tenure.

- McNulty refuses to get carried away after a 1-21 to 1-7 win over Derry made it three wins from three in the league.

“We have always said that championship is where it’s at, and the league is about preparation for the championship, and that is where we are clearly focussed now.”

- McNulty after Laois lost the NFL Division 2 final to Donegal.

“We have to get that correct for the next day or Dublin will obliterate Laois.”

- McNulty’s reaction to the loss against Dublin. He declined to speak to the media after the game.

“Tactically, we were totally outgunned and outclassed today by Kildare and I would hold my hands up and say McGeeney and O’Rourke and company completely out-tacticked us on the night.”

- No excuses from McNulty after his first championship season ends in a hammering at the hands of Kildare.

“”It was a fair enough result, Mayo were deserving winners, and we have to go back to the drawing board to a certain extent to see how we produce a better display than we did today.”

- An opening round loss to Mayo has the manager assessing his approach in the 2012 NFL. Laois would bounce back quickly, however, with an away win against Donegal a week later.

“One of their goals came from a kick-out and we never got a tackle in, which is not acceptable, and possibly us on the sidelines should have reacted to a few of the mismatches earlier.”

- McNulty admits his own inactivity on the sideline cost his team after a league game against Cork. This is a trait which would repeat itself and was a big bone of contention with supporters during his tenure.

“Certainly you can’t criticize the work rate of the team, the teamwork of the team, they gave it their all. Barring a little bit of clinicality, it was a complete performance, you would have to say.”

- McNulty’s take on the defeat to Longford in the opening round of the Leinster SFC in 2012, after Laois had lead by six points at half time. They failed to score from play in the second half. Not many agreed with his assessment, and he drew stinging criticism at a subsequent county board meeting.

“John is fighting a serious illness and he came along today and was with the guys on the sideline for the national anthem. That was such a lift for the team, that man has had such a positive impact on so many Laois footballers lives down through the years, and for him to be there supporting the team was such a massive lift, and the guys gave that performance for John Mulligan.”

- After a rousing win over Monaghan in the Qualifiers, McNulty dedicated the victory to selector John Mulligan

“In terms of work-ethic, the work-ethic from the team was phenomenal, it took the light out of my eyes in terms of how hard the team worked for each other, worked to effect the game plan, it was heart-warming to see that performance.”

- He also praises the players for the manner in which they saw off the challenge of Monaghan. It was one of Laois’ most impressive displays during his time in charge.

- McNulty’s first words to the press after the All-Ireland quarter-final defeat to Dublin in 2012.

“Pressure from who? The only pressure on me is from the pressure I put on myself, to make sure the players are happy and in the best position to compete.”

- McNulty’s bristly response before the start of the 2013 league campaign when asked if there was more pressure on him and his players to succeed as he entered his third year.

“We can search deep inside ourselves and ask ourselves hard questions and aim to rectify things.”

- McNulty’s challenge to his team after a league defeat to Derry in 2013. Laois were unlucky to lose after a Ross Munnelly point was controversially missed by the umpires.

- The manager’s take on Laois’ draw with Louth in the NHL. It would prove to be a better warm up for Louth than Laois.

- His candid response after Laois lost to Westmeath in the NHL this year. It was a clear sign at the time that manager and players were not getting the best out of each other.

“Me, as a manager, I have to take ultimate responsibilty, my job is to get the team to play and it didn’t happen the way we would have liked today, and, hands up, it was my fault.”

- McNulty is again forced to take the blame after the defeat to Louth in the championship.

- The beginning of the end for McNulty after the Louth defeat, as he is at a loss to understand how his team underperformed so much.

“Obviously I am very disappointed the lads have left the panel after such a bitterly disappointing result, and it’s understandable that they feel our prospects are bad in the qualifiers.”

- The manager’s reaction after Brendan Quigley, Kevin Meaney, Gary Walsh and Damien O’Connor all left the panel and headed to New York after the Louth game.

- McNulty after his final game in charge, the All-Ireland qualifier defeat against Donegal.