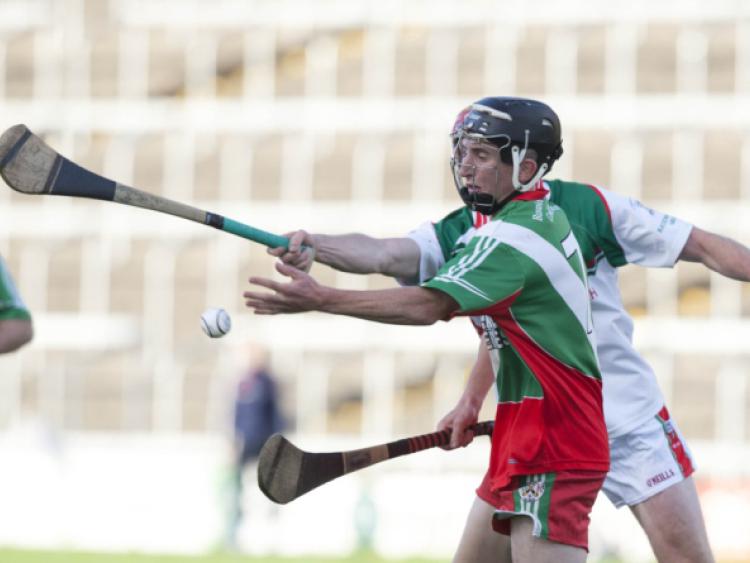 Borris-in-Ossory-Kilcotton caused the second upset in this year’s Laois Senior Hurling Championship with a fully deserved five point win over defending champions Rathdowney/Errill after an excellent hour of hurling in O’Moore Park on Saturday evening.

Borris-in-Ossory-Kilcotton caused the second upset in this year’s Laois Senior Hurling Championship with a fully deserved five point win over defending champions Rathdowney/Errill after an excellent hour of hurling in O’Moore Park on Saturday evening.

A goal from a 21 metre free from Ciaran Comerford just before half-time was the crucial moment of the game as ended a run of seven straight points for Rathdowney/Errill and gave Borris/Kilcotton a much needed confidence boost as they headed into the dressing room for a well earned break.

They came out with a renewed sense of purpose and after Rathdowney/Errill opened the scoring, Borris/Kilcotton hit the next five points and kept their opponents scoreless for 14 minutes. In total they restricted Rathdowney/Errill to just four points in the second-half with Matthew Whelan dominating the last five minutes making a series of outstanding catches and clearances. Overall their defensive display was the foundation of their win with most of the backs edging their individual battles over the hour.

Ciaran Comerford ran himself to a standstill in the forwards, PJ Scully and Robert Jones hit some scintillating points while the partnership of Kevin Finlay and Colm Delaney was hugely effective in midfield.

Rathdowney/Errill were below par by their own high standards but for 10 minutes in the first-half they were close to unstoppable. They dominated proceedings with Ross and Darren King causing plenty of problems for the Borris/Kilcotton defence and they added seven points without reply. However they never rediscovered that form after the break adding just four points to the nine they accumulated in the first 30 minutes as the Borris/Kilcotton defence got very much on top.

Borris/Kilcotton were quickly out of the blocks and had three points on the board inside four minutes with Ciaran Comerford (2) and Matthew Whelan finding the target. Rathdowney/Errill almost hit back with a goal but Tadgh Dowling’s shot was saved by Trevor Moore.

Darren Kin opened their account with a ‘65 and Joe Fitzpatrick added a second soon after. Borris/Kilcotton responded with excellent points from Brian Stapleton and PJ Scully and a free from Ciaran Comerford left them four points ahead after 17 minutes.

The next ten minutes though belonged to Rathdowney/Errill as they took control and rattled over seven consecutive points. Tadgh Dowling (2), Enda Meagher, Ross King and Joe Fitzpatrick all added scores with Darren King also adding a brace including on phenomenal point from wide on the left hand side.

That left them three points clear on the cusp of half-time but crucially Borris/Kilcotton got an equalising goal before the interval when Ciaran Comerford drilled a 21 metre free to the back of the net after a foul on Paul Drennan.

Darren King edged Rathdowney/Errill back in front with a free straight after the restart but they were kept scoreless for the next 15 minutes while Robert Jones (2), Ciaran Comerford (2) and a 65 from Matthew Whelan put Borris/Kilcotton four points ahead after 46 minutes.

Rathdowney/Errill struck back with frees from Brian Campion and Darren King to get back within two but a brilliant point from a sideline cut from PJ Scully and a long range free from Matthew Whelan restored the four point lead. Rathdowney/Errill did get the ball in the net but the whistle had been blown long before the shot was taken.

Darren King pointed a free for Rathdowney/Errill with six minutes to go but that would prove to be their final point as Matthew Whelan and Ciaran Comerford rounded off the scoring with two points from frees.

Whelan was also a colossus at the back catching three consecutive high balls and clearing the ball up the field to seal the win.