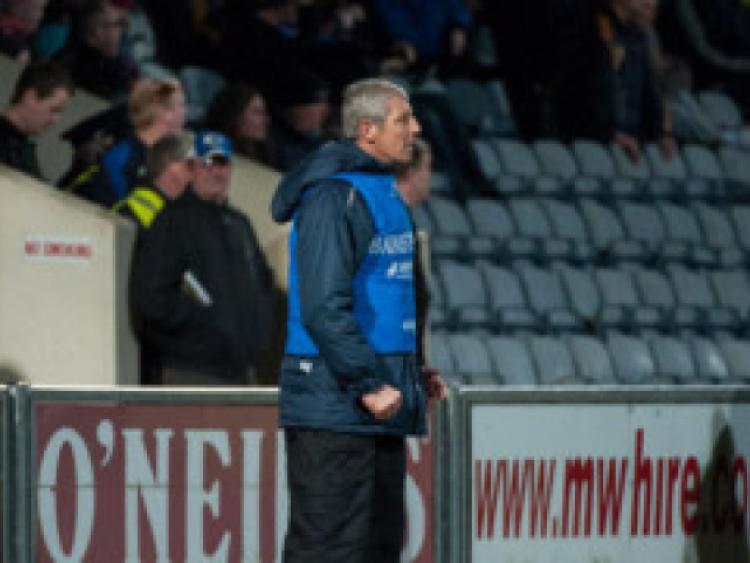 Laois sit just one point out of the relegation places following Saturday night’s defeat to Meath in O’Moore Park.

Laois sit just one point out of the relegation places following Saturday night’s defeat to Meath in O’Moore Park.

After a promising first-half where they built a deserved five point lead, Tomás Ó Flatharta’s men struggled after the interval with Meath outscoring them 0-10 to 0-3 to record a win that moved them past Laois in the Division 2 table.

Speaking after the game, the Laois manager said he was happy with how the first-half had gone but pointed to the first ten minutes of the second-half as being the turning point in the game.

“I thought we were well in the game in the first-half. I thought we played very well. The lads worked very, very hard. It was good to be the five points up at half-time. We should have kicked on from that but I suppose in the first ten minutes of the second-half they got into us. It was probably where we lost the game I would say. They got four points in a row there and we let them back into the game. From then on we had opportunities ourselves as well, we broke up the field a number of times, but we gave the ball away cheaply. Kicking it across the field we gave away possession and I suppose that was the trend in the second-half.”

Laois were forced to defend deeper in the second-half as Meath attacked with more pace and precision but Tomás Ó Flatharta did not believe they became overly defensive.

“You have to defend as well against those lads. They’re fairly good forwards there and I think Meath were doing likewise. We were attacking at pace and I thought we defended very well in the first-half. When we did break out, we did break out well. I thought we had scoring opportunities up the other end as well. We did create the attempts which means we were playing attacking football as well but unfortunately our finishing wasn’t up to the usual standard.”

While the result was ultimately disappointing for the home side, Ó Flatharta was pleased with how his side performed in the opening 35 minutes.

“We started very well. We were dominating around the middle of the field. For a while we were winning breaking ball and the lads worked very hard in tackling and putting pressure on them. We got a number of turnovers that resulted in a lot of ball going into our forward line and the ball was getting stuck to them when we got it inside. That’s the reason we were ahead at half-time.”

Laois have two games remaining against Monaghan and Down and depending on how Galway do against Armagh, they may well need a point out of one of those games. The manager is expecting nothing easy in Clones next time out.

“It’s always a tough trip up the north. We have two weeks to prepare for it and we’ll gather together again. I was pleased with the lads, with the way they fought for each other. I don’t think you can fault them at all for the work-rate that they had and when they do that, you have to be happy with them. The result didn’t go our way but when you have that character in the team, I was pleased with that.”