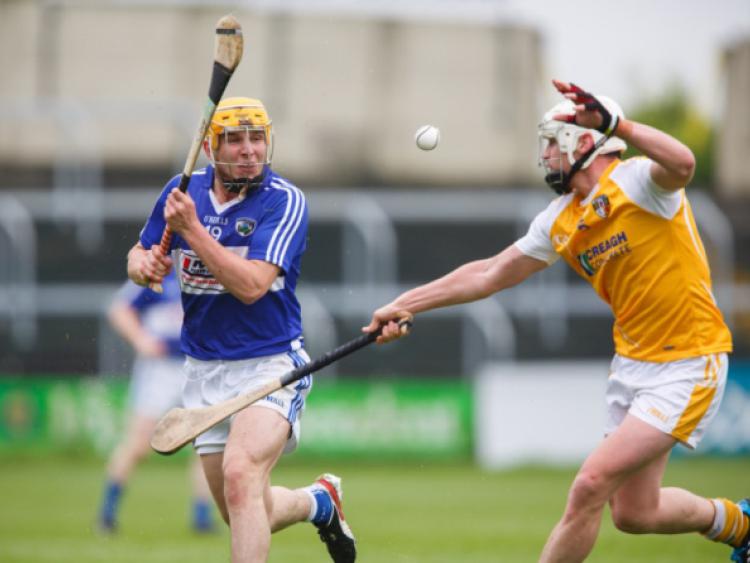 Laois senior hurlers punishing early-season schedule will go into overdrive this week, as nine of the panel face three championship games in a week.

Laois senior hurlers punishing early-season schedule will go into overdrive this week, as nine of the panel face three championship games in a week.

In spite of Sunday’s loss to Antrim, Laois were always guaranteed to be back in action in the Leinster SHC this Sunday, but the first round of the U-21 championship this Wednesday night is placing even more pressure on the panel.

Four of the U-21 team started on Sunday against Antrim - Cha Dwyer, Stephen Maher, Patrick Whelan and Dwane Palmer - while two more, Ross King and Joe Campion were introduced as substitutes in the second half.

With three more on the extended panel - Ciaran Collier, who is working his way back to fitness after getting injured late in the league campaign, PJ Scully and Enda Rowland, it will leave Cheddar Plunkett and his management team keeping their fingers crossed that all nine can come through unscathed ahead of Leinster SHC quarter-final clash with Galway in O’Moore Park this Sunday.

The defeat to Antrim was already a bitter blow to Laois’ hopes in this years championship, but the panel will have little time to prepare for a Galway side who will be keen to atone for almost losing out to Laois last year.

Speaking after Sunday’s game, Laois manager Cheddar Plunkett that it was the lack of time with his players, more so than the games, which made it so hard to prepare for these must-win games. “That’s the real difficulty, it’s not necessarily the matches, you don’t really have the chance to work things out in training during the week, and you need to go with less training because you’re going with so many matches, but that’s a double edged sword because you have less time to train and work on the things you actually want to do.

“This week is even more diffcult because we have a game on Wednesday, but we’ll manage our way through it.”

The U-21s will travel to Parnell Park on Wednesday night for a 7.30pm throw in, hoping to improve on their performances as minors, when they lost out in the quarter-finals to Wexford on a miserable night in O’Moore Park almost three years ago to the day.

A time has yet to be confirmed for the senior game.