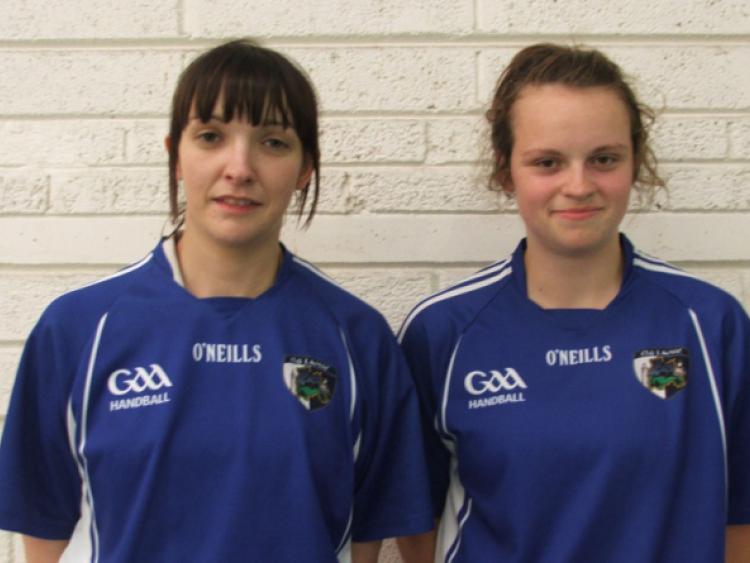 Following on from St Brigid’s Monavea capturing the All-Ireland Junior B 60x30, club title there was further success for Laois handball when Niamh Dunne powered her way to the Ladies Leinster Junior B 60x30 singles title with a comprehensive victory over Aisling Maher of Kilkenny.

Following on from St Brigid’s Monavea capturing the All-Ireland Junior B 60x30, club title there was further success for Laois handball when Niamh Dunne powered her way to the Ladies Leinster Junior B 60x30 singles title with a comprehensive victory over Aisling Maher of Kilkenny.

Niamh went into the final as strong favourite after an impressive 21-6, 21-8 victory over Clough’s Aileen Hennessy in the semi-final.Niamh started the final in determined fashion going for her kill shots and taking her chances when the opportunities presented themselves. Niamh never relented throughout and went on to take the first game 21-9.

The second game was to be a carbon copy of the first game with Niamh once again the more dominant player. Credit must be given to the Kilkenny girl as she never stopped battling but Niamh was not to be denied and captured the Leinster title by taking the second game 21-9. She now progresses to the All-Ireland semi-final later this month where she will be considered a serious contender for All-Ireland glory.

Niamh was also in action at the Irish 60x30 Nationals with playing partner Ciara Dowling. After agonisingly missing out on a place in the A final when they were narrowly defeated by Connaught’s Aoife Quinn and Shona Ruane, they bounced back to capture the Ladies Plate title with a comprehensive 31-12 victory over Kate and Hannah Dagg of Kildare. Niamh and Ciara will view these games as ideal preparation for their Ladies Leinster Junior B 60x30 final where they face familiar opponents in Aileen Hennessy and Eilish Regan of Kilkenny.

In the Men’s 60x30 Junior B Leinster Final, Laois were hopeful of achieving further success when Tómas Lennon faced Miley Connors of Wexford. Connors went into the final as favourite but Tómas was quietly confident of causing an upset after showing good form playing for Monavea.

Unfortunately the first game did not go the way of the Laois man with Connors dominating the exchanges to take the opening game 21-6. Lennon upped his performance considerably in the next game but Connors proved to be the better player on the day winning on a scoreline of 21-6 21-12.

Tómas will have the opportunity to exact revenge as he and his playing player Ray Fogarty will face Miley Connors and Michael Goggins in next week’s Leinster 60x30 Junior B doubles final.